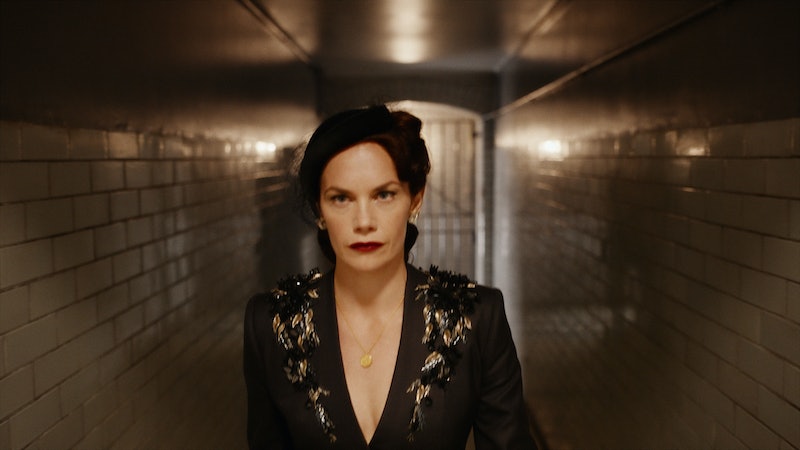 Fantasy TV drama, His Dark Materials is headed back to television screens this November, and it’s already set to show a darker side to its villain. Ruth Wilson, who is no stranger to playing scary people on TV, reprises her role as Mrs Coulter. She’s Lyra’s terrifying and very stylish mother, and Wilson says we can expect an even more dangerous edge to the infamous Mrs Coulter in Season 2.

Speaking to the Radio Times, Wilson explains why her character this season will be even more dangerous than in the previous season. “Mrs Coulter is much more alone without the support network that she had at the Magisterium and is taking risks and burning bridges. She’s much more vulnerable, and for that reason, becomes quite a lot more dangerous.”

Many might remember her terrifying golden monkey daemon, and fans of the books, written by Phillip Pullman, will know Mrs Coulter’s daemon is one of the only ones who we doesn’t speak. And Wilson says the monkey will give audiences a hint of Mrs Coulter's troubled personality.

“For me, the biggest clue was her daemon, the monkey. They’re a great team, but when the two of them are alone, how do they interact? They don’t like each other; they never speak; they’re lonely and angry. That the monkey doesn’t have a name or voice suggests that if it’s a representation of self, there’s something Mrs C is repressing or silencing. That’s her driving force.”

Season 2 will be an adaptation of the second book in the series, A Subtle Knife, where Lyra finds herself in the eerie city of Cittàgazze. We can even expect Andrew Scott, who plays Colonel John Parry and “hot priest” in Fleabag to be reunited with Phoebe-Waller Bridge who will will voice his daemon.

His Dark Materials returns for Series 2 on Sunday, November 8 on BBC One

More like this
Everything To Know About The 'Daisy Jones & The Six' TV Series
By Maxine Harrison and Brad Witter
Olivia Colman Stars In First-Look Trailer For BBC's 'Great Expectations'
By Sabah Hussain and Sam Ramsden
'Love Island' Has Added Yet Another Bombshell To The Villa
By Bustle UK
Alan Carr's 'Changing Ends' Is A Witty Sitcom Based On His Own Life
By Darshita Goyal
Get The Very Best Of Bustle/UK
Sign up for Bustle UK's twice-weekly newsletter, featuring the latest must-watch TV, moving personal stories, and expert advice on the hottest viral buys.