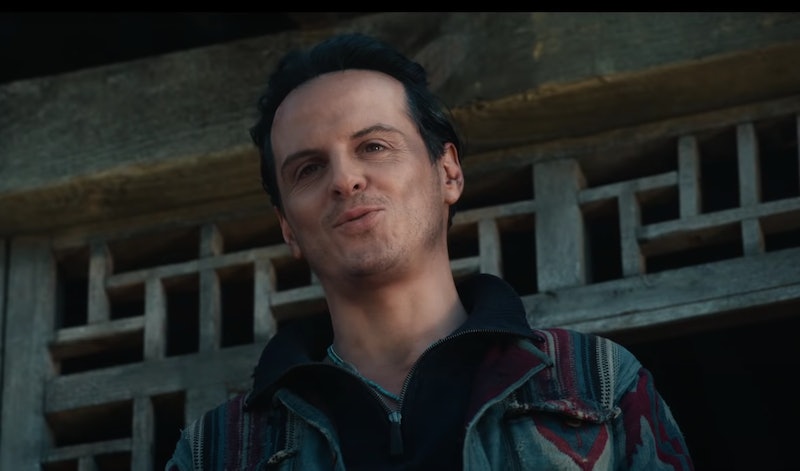 Philip Pullman fans rejoice, because the trailer for His Dark Materials season 2 has arrived, sparking excitement for the long-awaited return of the fantasy series. Inspired by the trilogy of books by Pullman, season two is based on The Subtle Knife, the second instalment in Lyra's adventure.

While the trailer paints a picture of what we can expect plot-wise from the dramatic series, what fans may be most excited to hear about is the proper introduction of John Parry, played by the beloved Andrew Scott of Hot Priest Fleabag fame. John is the father of Will Parry (more on him later) and has all sorts of impressive magical powers, including the ability to control the weather. Of course Scott appears to play the brooding and mysterious figure with ease, flashing his signature wry smile every now and then.

Season two begins with Lyra walking through a 'rip' in her reality, which was caused by her father, Lord Asriel. She steps into another world named Cittàgazze (which is Italian for 'city of magpies,' FYI), and it is there that she meets Will, who is quick to become her closest ally. Will takes possession of the subtle knife, which can slice between worlds, and that's where the action really begins.

The trailer shows the building tension and epic fight between the witches and the Magisterium, with Lyra's evil mother Marisa Coulter joining the fray also.

As well as Scott's John Parry, other new characters include the witch queen Ruta Skadi, who is played by Jade Anouk, and Giacomo Paradisi (who owns the subtle knife before Will), played by Terence Stamp.

If the trailer has got you all amped up to watch the new episodes, you hopefully won't have long to wait; Radio Times has written that season two is "likely" to premiere on Sunday, Nov. 15 on BBC One, but notes that this information has not currently been confirmed by the channel themselves. Fingers crossed!