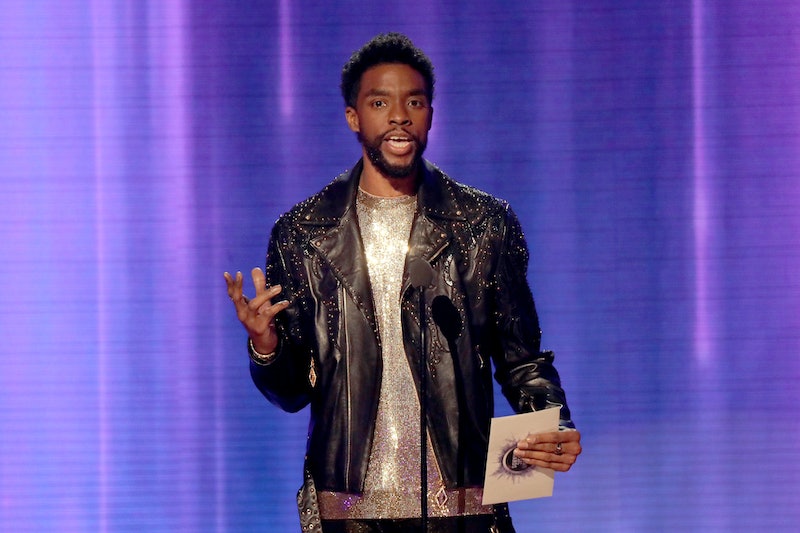 Chadwick Boseman may no longer be here to don the Black Panther suit, but the superhero’s spirit will continue. Black Panther director Ryan Coogler thinks Boseman would want the sequel to go on without him, he told The Hollywood Reporter on Wednesday, March 31. Boseman died of colon cancer in August 2020 as he was preparing to film the sequel, which Coogler was still writing at the time.

In the interview, Coogler said working on Black Panther 2 has been “difficult” after Boseman’s death — but it would be even worse to call it off completely. “You've got to keep going when you lose loved ones,” he said. “I know Chad wouldn't have wanted us to stop. He was somebody who was so about the collective... so it would be harder for me to stop. Truthfully. I'd feel him yelling at me, like, 'What are you doing?' So you keep going.”

The filmmaker went on to reflect that Boseman thought of Black Panther as an ensemble film, despite playing the title character, and would want the cast and crew to keep going for everyone else’s sake. “Black Panther, that was his movie,” Coogler explained. “He was hired to play that role before anybody else was even thought of, before I was hired, before any of the actresses were hired. On that set, he was all about everybody else. Even though he was going through what he was going through, he was checking in on them, making sure they were good.”

Black Panther 2 is currently scheduled for a July 2022 release, with production set to begin this July. Neither Coogler nor other producers have made it clear how they plan to proceed without Boseman or revealed any plot details. However, in an interview with Argentinian newspaper Clarín, executive producer Victoria Alonso dispelled rumors that a digital body double of Boseman would be used. “There's only one Chadwick, and he's no longer with us,” she said. “Sadly, our king has died in real life, not only in fiction, and we're taking a little time to see how we continue the story and how to honor this chapter of what has unexpectedly happened to us.”

Like most of the world, Coogler was not aware of Boseman’s illness. “I knew what he wanted me to know,” he told THR. Now, after grieving Boseman’s death, Coogler is grateful for the time he was able to spend with him. “I miss him in every way that you could miss somebody, as a friend, as a collaborator. And it sucks because I love watching movies, and I don't get to watch the next thing he would have made. So it's grief on a lot of levels, but then, it's a deep sense of gratitude because I can close my eyes and hear his voice.”