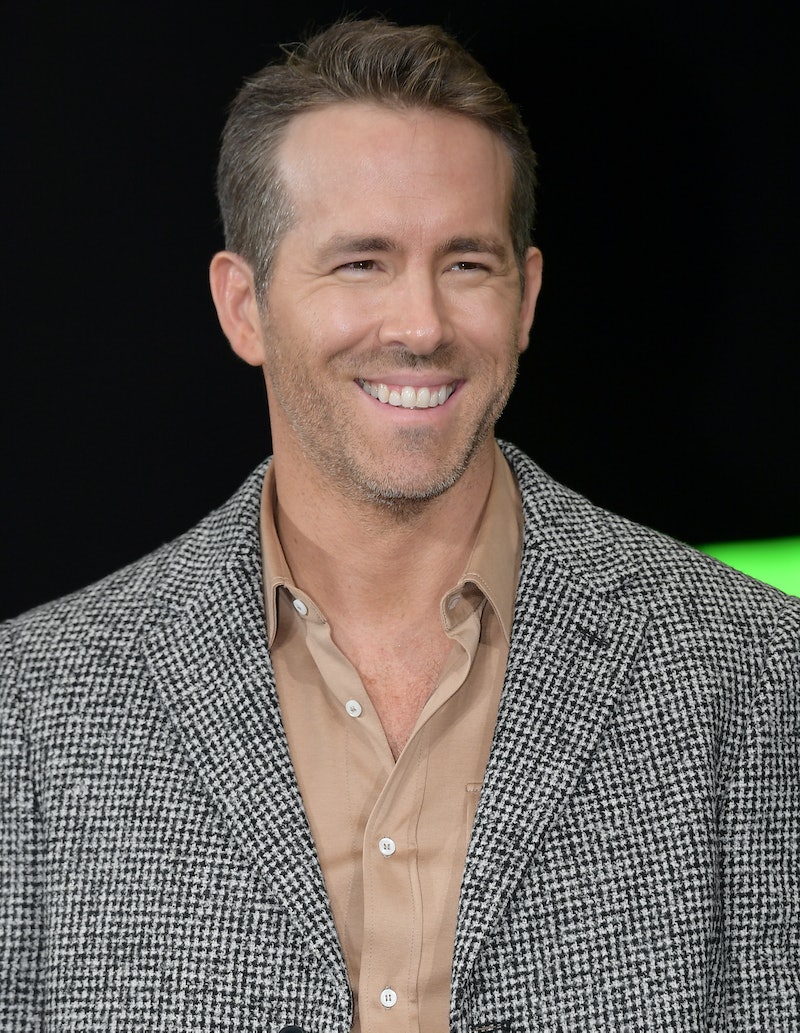 Shooting Spirited seems to have left Ryan Reynolds a little exhausted — and understandably so. The actor wrote about his “challenging” upcoming Christmas film for Apple TV+ on Instagram on Saturday, Oct. 16, and though he made it clear that filming with co-stars Will Ferrrell and Octavia Spencer was a great experience, he’s ready for a break now that he has wrapped. “Perfect time for a little sabbatical from movie making,” Reynolds wrote in part.

A musical that reimagines A Christmas Carol with Reynolds as Ebeneezer Scrooge, Spirited had the Deadpool star using more than just his acting skills. He alluded to the hard work that went into the role, saying, “Not sure I’d have been ready to say yes to a film this challenging even three years ago.” However, Reynolds got a lot out of it. He added that “singing, dancing and playing in the sandbox with Will Ferrell made a whole lotta dreams come true.” Of course, there was also the bonus of working with his co-star Spencer again, and he highlighted that it was his second film with the “great” Academy Award winner. (They previously both appeared in 2007’s The Nines.)

Meanwhile, the entire Spirited team got a warm shoutout. Reynolds praised his colleagues for being “flush” with both kindness and talent, highlighting that they’re equally important qualities to him. He also said that he’ll miss “every second” of collaborating with such an “obscenely gifted group of creators and artists,” even as he looked forward to his sabbatical.

The actor gave multiple updates about Spirited during production. In July, he commemorated his first day of shooting with Ferrell, sharing a picture of the two on social media in which they’re really in each other’s faces. The caption described his co-star, who plays the Ghost of Christmas Present, as one “one of [his] comedy idols.”

Later, in September, Reynolds teased their musical abilities. The co-stars belatedly did the Grace Kelly TikTok challenge to show off their harmonies, and their duet impressed a lot of people. Actor Jeremy Renner gave it three heart emojis on Instagram, and Spencer went even further, replying with six hearts.

As for Reynolds’ movie-making sabbatical, he’s earned it. His films The Hitman’s Wife’s Bodyguard and Free Guy both came out earlier this year, and he has multiple others on the way in the remaining months of 2021 and into 2022. Next up is Netflix’s Red Notice, which arrives on the streaming service in November. (Spirited’s release date, on the other hand, has not yet been announced.) Without a break, when would he have time to troll wife Blake Lively or friend-slash-faux foe Hugh Jackman?

More like this
Pamela Anderson’s Dating & Marriage History Could Be Its Own TV Series
By Jake Viswanath
Here’s Everything Coming To & Leaving Netflix In February
By Jake Viswanath
What Is Mary J. Blige’s Net Worth? The 9-Time Grammy Winner Is Doing “Just Fine”
By Hugh McIntyre
Austin Butler Recalls Lisa Marie Presley Showing Him Elvis’ Bedroom
By Jake Viswanath
Get Even More From Bustle — Sign Up For The Newsletter
From hair trends to relationship advice, our daily newsletter has everything you need to sound like a person who’s on TikTok, even if you aren’t.