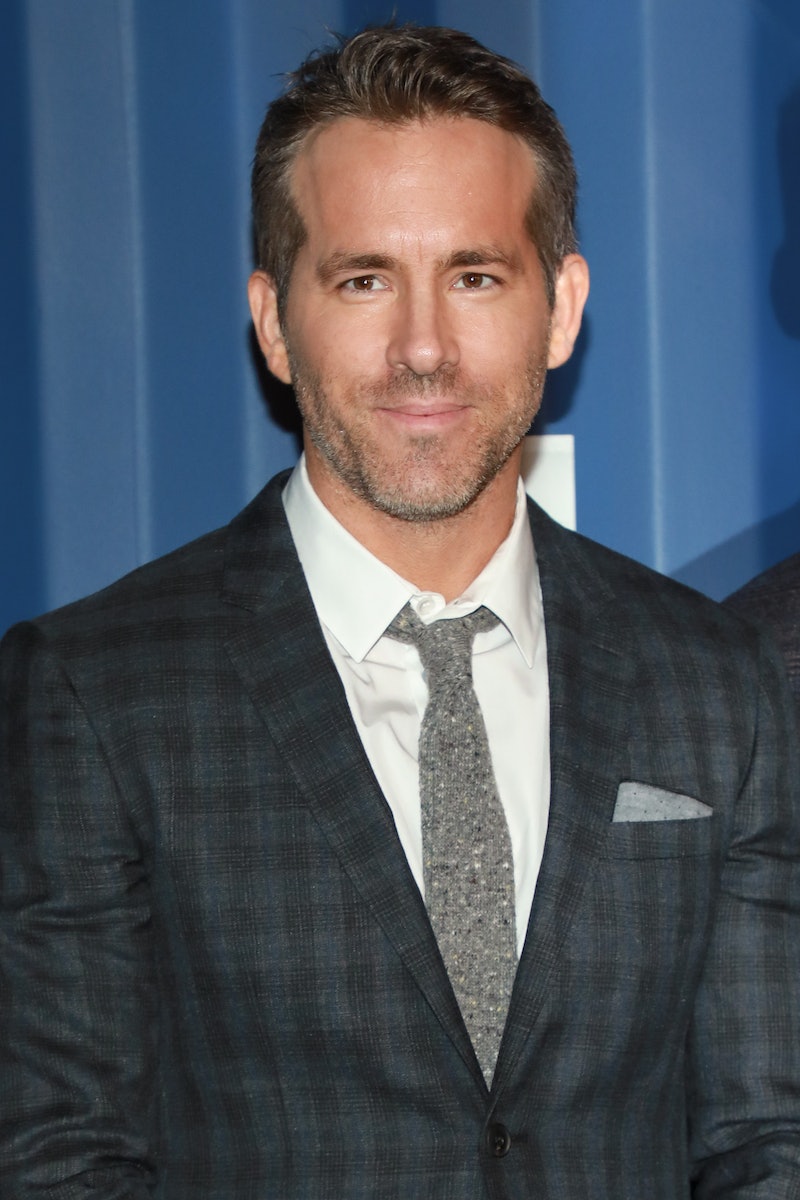 A Deadpool fan got a boost from the man behind the superhero. Ryan Reynolds recorded a video message for an 11-year-old with cancer named Brody Dery, encouraging the young fan to stay strong amid his battle with both stage 3B Hodgkin's lymphoma and Crohn's disease. The video, which was shared on Twitter by reporter Caden Fanshaw from CKPG News, shows Reynolds telling his fellow Canadian to stay strong and resilient amid his health struggles.

Brody's mother, Randi Dery, had posted a video asking Reynolds to send her son a message of support, but she didn't actually expect anything to come of it, according to CTV News. The Detective Pikachu star did come through, though — and just in time to boost Brody's morale as he began a second round of chemotherapy. She reported that her son's "jaw hit the floor" upon receiving the video.

"I heard a little about your story and I just wanted to send you this video and let you know that I'm thinking about you," Reynolds told the Deadpool fan. "I'm sending you tons of strength, whatever strength I've got." The actor went on to assure Brody that many people are rooting for him and his recovery, saying, "you have a ton of people in your life who love you so much. ... I'm sending you lots of love, I hope I get to meet you in person one of these days, and hang in there."

"He keeps saying, 'I feel special – I feel like I'm the movie star,'" Dery told CTV News of her son's reaction, adding that the family had watched the video many times.

Reynolds, who often takes time out from work to support fans or good causes, has been part of efforts to support cancer research and help patients in the past. In 2018, Reynolds auctioned off a pink version of his Deadpool costume to support LetsFCancer, an organization that creates programs or events to support cancer patients, promotes early detection initiatives, and creates supportive networks for patients, according to Entertainment Weekly.

The Deadpool star also raised $20,000 for Fudge Cancer during an appearance on The Ellen DeGeneres Show in 2018. The actor completed a variety of tasks to help raise the funds, including taking a selfie with Ellen, doing three shots of gin, complementing his nemesis Hugh Jackman, and sticking his hand into a bucket of fudge. The $20,000 raised went toward helping Fudge Cancer with the prevention and early detection of cancer, as well as emotional support services for those affected by cancer.