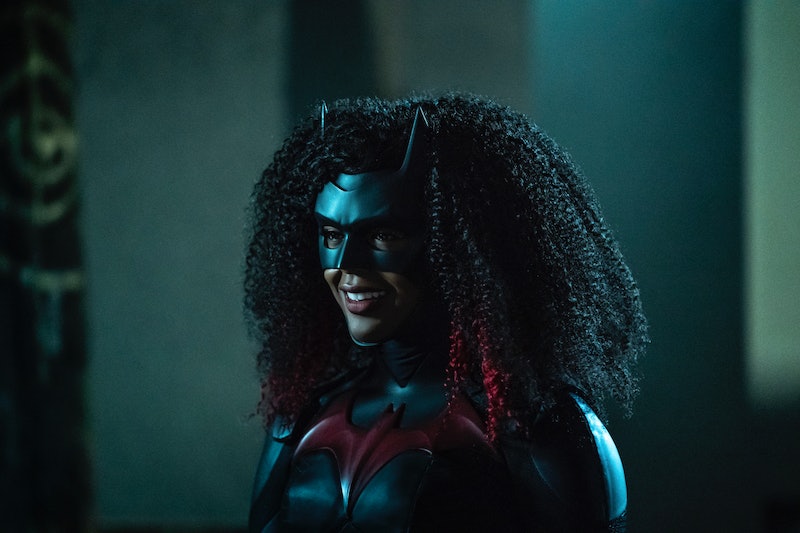 There's a new Batwoman in town, and her name is Ryan Wilder. Javicia Leslie made her debut in the role during Batwoman's Season 2 premiere, during which it was revealed that Kate Kane was involved in a plane crash and is now missing. Fans expected this, of course: Ruby Rose stepped down from her role as Kate last year, after which Leslie was cast. Though showrunner Caroline Dries briefly considered simply slotting Leslie in as Kate, she ultimately decided to "reboot Batwoman as a different character, and also respect everything that Ruby put into the Kate Kane character."

The character of Ryan is new to the DC universe as well, though since the announcement, she's made a very brief appearance in the comics — specifically in Batgirl #50. Wilder is living in a van on the streets of Gotham when she runs into current Batgirl Barbara Gordon, who knew Wilder from when she used to hang out at the Gotham City Library, where Gordon once worked. Though we don't learn much about Ryan from this short encounter, this version of the character seems to align with The CW's vision.

In the Batwoman television series, Ryan Wilder is a Black lesbian with a background in martial arts who's also living in her van while struggling to find work after being incarcerated for 18 months for a crime she didn't commit. Despite taking up Kate Kane's mantle as Batwoman, Wilder has lived a very different life than Kate, whose background as a member of one of Gotham's founding families was much more privileged and stable than Wilder's tumultuous childhood. In the first episode, we learn that Wilder was orphaned at a young age, but that she found a family through her adoptive mom — who was later killed in a violent attack soon after Wilder was released from prison.

Ryan's Batwoman will inevitably be quite different than Kate's, but the choice to create an original character without any background in the comics opens up a plethora of opportunities for the show — and for Batwoman herself.

More like this
'The Queen’s Gambit' Season 2 Tweet Wasn’t From Anya Taylor-Joy
By Mary Kate McGrath, Jack Irvin and Grace Wehniainen
Netflix Shut Down 'Bridgerton' S3 Rumours About A “Very Dark” Storyline
By Bustle
'Happy Valley' Recreated This Moment From S1 In Its Penultimate Episode
By Sophie McEvoy
9 Time Catherine Cawood Was An Absolute Badass In Happy Valley
By Sophie McEvoy
Get Even More From Bustle — Sign Up For The Newsletter
From hair trends to relationship advice, our daily newsletter has everything you need to sound like a person who’s on TikTok, even if you aren’t.