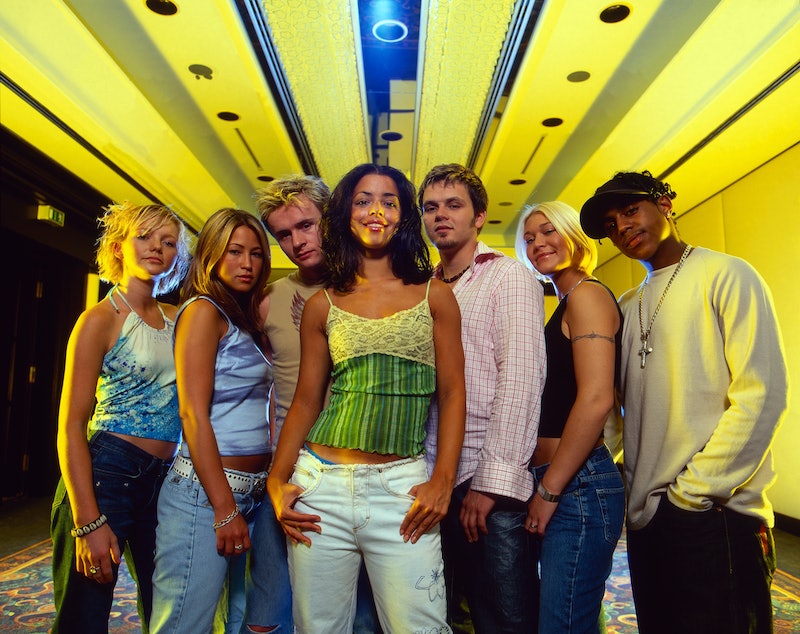 The date S Club 7 announced they were disbanding live on stage – April 21, 2003 – was a sad day. The band represented, if not defined, late '90s to early '00s pop music. Many of their young fans grew up with S Club, and most will still know every word to their biggest hits. As with other bands of their era, reunion rumours have circled, but now, it seems they might become a reality. Tina Barrett has hinted at the potential of a future S Club 7 reunion, and we couldn't be more thrilled.

The former S Club star revealed the news in an interview with OK!, published March 1. Speaking to the magazine, she shared how she was feeling following the break down of her relationship with the father of her four-year-old son, Roman, and how her life has changed in the last two years after her own father passed away.

Barrett split with her ex, Paul Cashmore of Channel 4's Hunted fame, back in 2019, after six years together. Speaking about the break up, she told OK!: "Me and [Roman's] dad are friends. We were together a long time and some things just don’t work out. Walking away was one of the hardest decisions I have had to make... Looking back, we did the right thing."

On the lighter subject of a possible S Club 7 reunion, the 44-year old singer said: “I would be up for it, but obviously, it’s up to everyone individually. It’s so much fun when we get together!”

Barrett reminisces about what it was like being in the band: “It was just a whirlwind, really! We were so young and it was a lot to take in. We didn’t stop for a minute. There was no time to do anything. We all missed every family event. It was intense.”

While other members of the group went on to enjoy solo careers immediately after S Club 7 disbanded, Barrett took a different path. “I wanted a break. Afterwards, I was so exhausted, and I was desperate to do something more creative," she tells OK!. "I did some songwriting for a long time, and travelled a lot. Then, about five years ago, Jo [O’Meara] was contacting me a lot asking me to join them touring as S Club 3, which was great!"

The British pop group formed in 1998, and was managed by Simon Fuller, who was also behind the Spice Girls, and created the TV format Pop Idol. S Club 7 members Bradley McIntosh, Hannah Spearritt, Jo O'Meara, Jon Lee, Paul Cattermole, Rachel Stevens, and Tina Barrett last reunited for a one-off Children In Need special in 2014. Hopefully, we'll see a repeat performance in the not so distant future.