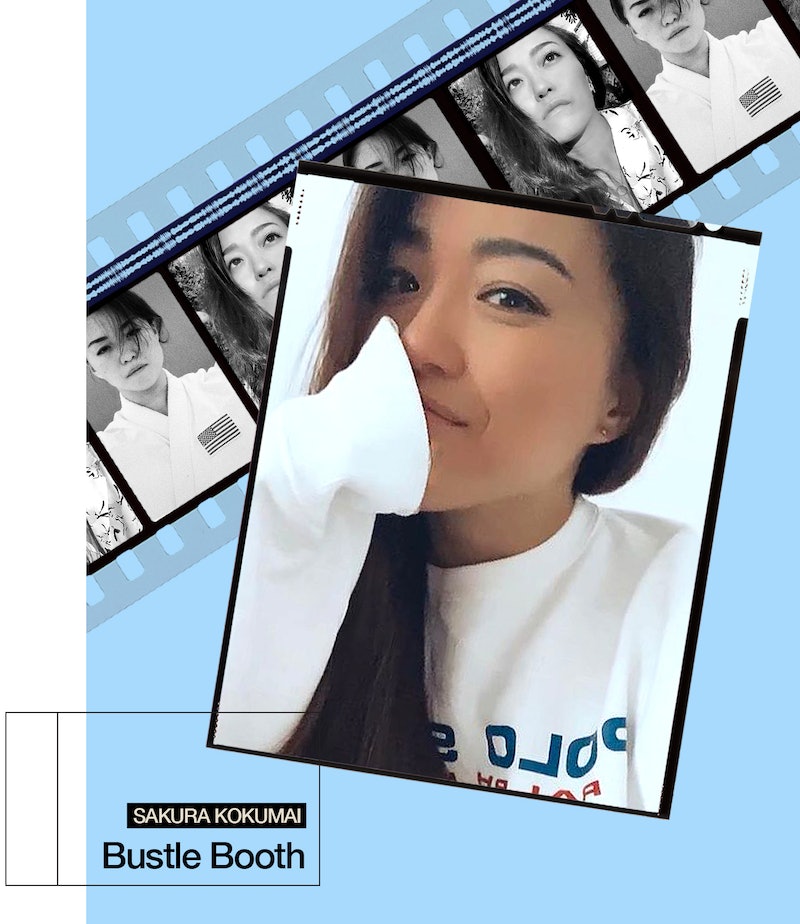 There are three pillars of karate training: kumite, kata, and kihon. Most people are familiar with the first, in which two opponents face off by striking each other. But first-time Olympian Sakura Kokumai’s expertise is the second, kata, a solo discipline in which athletes perform a set choreography — think floor gymnastics or ice skating, but without music. Is kata easier than fighting on a mat? The Hawaii native laughs. “Kata, easier than sparring? That’s a good one.”

The 28-year-old is Team USA’s sole competitor in the Female Kata Division for the 2021 Tokyo Games, the first time the Olympics will feature karate. “It's artistic, in a way,” she says of kata, which emphasizes breathing, form, and precision. “We’re given a list of katas to perform, choose one, and basically have to make it our own by changing the rhythm, or by doing it faster or stronger.” (Both forms build on kihon, which refers to the basic techniques a student learns, such as punching, kicking, and stances.)

Kata and kumite competitions require different degrees of physicality and focus, Kokumai says, which leads to some good-natured verbal jousting within the community. “There's a joke that you can see the difference of personalities between a kata athlete and kumite athlete,” she says. “That kumite athletes are usually not on time and do things off the bat. Kata athletes, in comparison, love planning. We like everything neat and tight, and can focus for longer hours.”

While karate is new to the games, it’s a passion Kokumai’s had since childhood. She first joined a karate dojo at age 7 and immediately felt “super-powered” in the gi. By 14, she was competing on the Junior National Team. She’s now been on the USA Karate National Team for 14 years, and is a seven-time USA National Champion and six-time senior Pan American Champion. In 2016, when she heard karate was going to be included in the Tokyo Olympics, she’d just finished a master’s degree in international relations at Waseda University in Tokyo — less than 3 miles from the venue where she’ll compete this month. She moved to Southern California to train full time.

Returning to her U.S. roots felt right. While she worked with excellent coaches in Japan, she felt she was often viewed as an outsider there. “I’m Japanese American,” she says. “And I've been representing the U.S. since I started karate.” Regardless, in April she was targeted by a racist man in Orange County, who told her to “go home.” As people of Asian descent are the largest racial group in Hawaii, Kokumai was startled. Though she’d seen similar reports on the news, “it definitely opened my eyes” to the hate Asian Americans have endured, she says.

Clearly, her path to the Olympics has been unusual — pandemic aside. Because karate isn’t a high-profile sport in America, Kokumai and her teammates had to largely fund their own ways without the help of large sponsorships, which can pay for everything from equipment to living expenses. (Team USA gives them a small monthly stipend, and Panasonic signed on to sponsor her in 2020.) She has neither a coach nor any former American karate Olympians to turn to for mentorship.

It’s made her even more determined to showcase her skills on the world stage — and the opportunity could be fleeting. Karate won’t be at the 2024 Summer Games in Paris, and the 2028 Los Angeles lineup still hasn’t been finalized. (It was the organizers in Tokyo who proposed karate to the International Olympics Committee, which is likely waiting to gauge its popularity among viewers before making decisions.) “My crazy dream is we perform and do well in Tokyo and hopefully make a comeback in LA,” she says.

Get to know Kokumai in the Bustle Booth questionnaire, below.

If you weren’t a professional athlete, what career would you want?

Who is your sports idol?

Usually have it on remix on my phone.

Seeing all my fellow Team USA athletes competing and crushing it at their sports!