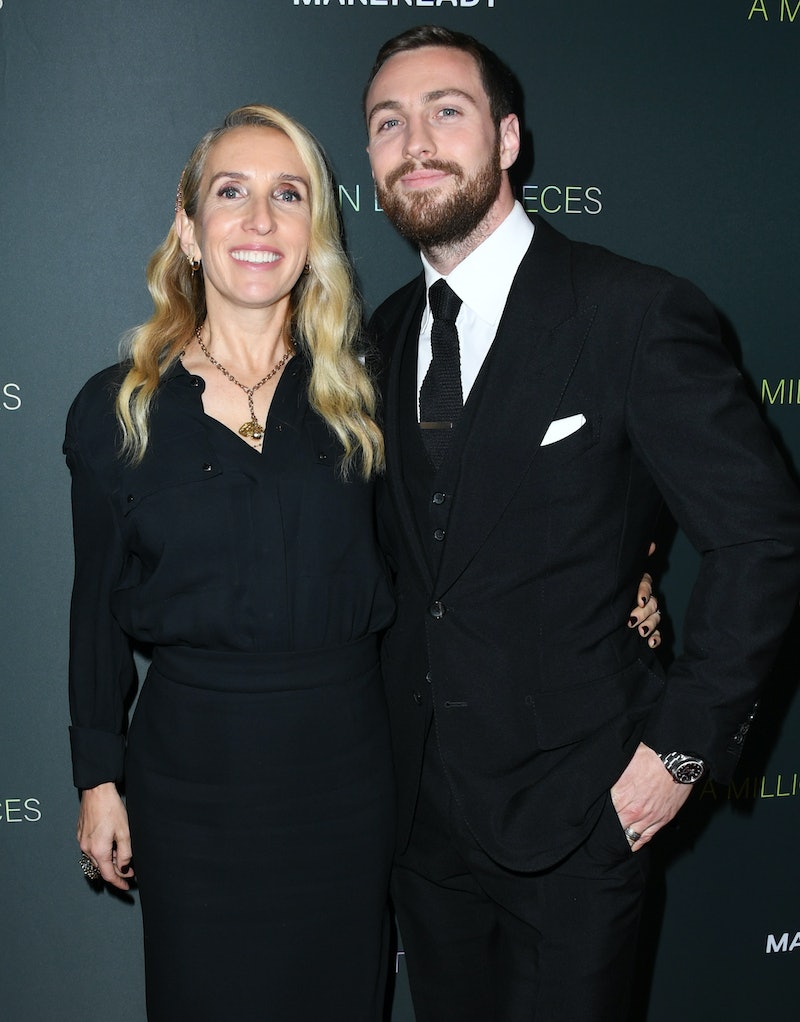 Sam and Aaron Taylor-Johnson’s lasting relationship has defied many expectations. According to the American Psychological Association, nearly 50% of marriages end in divorce, and it seems that rate is often even higher in Hollywood. However, the 50 Shades of Grey filmmaker and Tenet actor appear to be in it for the long run. Despite a notably significant age difference, the pair has been together for more than a decade and even worked together on multiple films, most recently the 2018 drama A Million Little Pieces. An unlikely couple on paper, the Taylor-Johnsons’ relationship began in an equally unlikely fashion.

In 2008, Aaron met Sam during his audition to play a young John Lennon in her 2009 film Nowhere Boy. Sources differ on whether the actor was 18 or 19 at the time, though the director was 42 years of age. In an interview with The Sunday Times, Sam noted that the two almost didn’t meet as his audition was scheduled for a time when the 50 Shades of Grey director was to be moving out of the home she shared with her ex-husband, art director Jay Jopling. But wanting to be present, she invited him to audition at her home. “It was so inconvenient,” she told the publication, noting that his time slot was chosen due to his busy Kick-Ass filming schedule. “In the end, I was like, 'OK, he'll have to come to my home.' I opened my door to John Lennon. I instantly knew he was the guy.”

Speaking to The Telegraph, Sam said she was impressed by Aaron’s preparedness: “I could see how much research he'd done already just by the way he was standing and the few words he said.” Aaron told Harper’s Bazaar that he remembers the audition “very, very clearly.” He said, “I know exactly what she was wearing. This white shirt that she still has, that I love. It definitely changed my life, though not in the way I expected.”

The Nowhere Boy director also told The Telegraph that they had an “intense connection” upon meeting. On the topic of their age gap, they told Harper’s Bazaar that they “were very professional through the entire film” with “no funny business at all,” though Sam said “everyone on set knew” that their bond was special. “As soon as we finished, he told me he was going to marry me,” she told the magazine. “We had never been on a date or even kissed.”

But he kept his word, proposing to Sam the following year. In the same interview, he said, “A year to the minute after we met, exactly one year to the minute, I got down on one knee and asked her to marry me.” At the UK premiere of Nowhere Boy in fall 2009, the pair announced their engagement. “Sam and Aaron are engaged and very happy,” a source told the BBC at the time.

Soon after they were engaged, the pair announced that Sam was expecting their first child in January 2010, confirmed by a source to the Daily Mail. In July, when Aaron was 20 and Sam was 43, per People, the pair welcomed a baby girl named Wylda Rae in London. Wylda is the filmmaker’s third child, following Angelica and Jessie, the two daughters she shares with Jopling. She told Harper’s Bazaar that Aaron was settling nicely into father mode. “Aaron has brought a set of values I didn’t even know I was looking for — family values,” she said. “He is more grounded. He has been getting work offers which he has turned down because he wants to be there for the crucial beginning months of Wylda’s life.”

Eighteen months after Wylda’s birth, Sam gave birth to their second daughter, Romy Hero, in January 2012, confirmed by a rep to People. In June 2012 (three years after they were engaged), the pair married at a church in Somerset and officially changed their last names to Taylor-Johnson. At the time, she was 45 and he was 22. They remained private when it came to details, though Hello! reported that Elton John and Beyoncé were speculated to have attended.

On the topic of their last name, Aaron spoke to the Evening Standard. “I just don’t see why women need to take the man’s name,” said the actor, noting that he wanted his name changed on all of his movie posters shortly after the wedding. “I wanted to be a part of her just as much as she wanted to be a part of me.” In March 2017, he revealed a tattoo of Sam’s name on his chest in honor of her 50th birthday.

The same year, nearly a decade after they met, Sam spoke to The Hollywood Reporter about their controversial age gap. “If I gave a second thought to other people, I would be the unhappiest person, probably still in a miserable marriage,” said the filmmaker. “People like to talk about [the age difference]. I’m like, ‘Yeah, but it works better than my last marriage.’ It’s lasted longer than a lot of my friends’ marriages.”

In an interview with Mr. Porter, Aaron said, “I get more fulfillment from being a father than I do from being an actor. I’m still constantly wanting to give it up.” Regarding their marriage and difference in age, he continued, “I don’t really analyze our relationship... I just know that it works. I just feel secure and loved and safe. We have this very deep connection. We’re just in sync.”

Speaking to The Sunday Times, Sam described Aaron as “an old soul.” “My friends call him Benjamin Button because he has — on the outside — such youth. And on the inside, he is so wise and settled. He doesn’t like parties. He likes being at home and cooking for the family,” she said. Of their age gap, she noted: “When you’re solid with someone in your own love, you don’t think about it.”

In March 2021, Deadline reported that the two are working on a third film together. Titled Rothko, the film is directed by Sam and stars Aaron, Russell Crowe, and rising actress Aisling Franciosi. It’s based on Lee Seldes’ book The Legacy of Mark Rothko, which focuses on the true story of the “Rothko case,” aka a legal battle between Kate Rothko, daughter of the late famed artist Mark Rothko, and those in charge of his estate and gallery. Both Sam and Aaron are also set to executive produce the project.

The following month, the couple put their Hollywood Hills home up for sale. Per Dirt, the designer house was built in 1926 and is currently priced at a whopping $7.495 million. While fans wildly speculated that the sale hinted at trouble in Taylor-Johnson paradise, it’s probably more likely that the couple is putting their 50 Shades of Grey and Tenet paychecks toward an even larger mansion.

Further squashing any rumors of turbulence in their relationship, tattoo artist Dr. Woo revealed on June 1 that he tattooed Aaron’s name on Sam’s collarbone. Additionally, the artist inked a hummingbird on Aaron’s chest next to the tattoo of Sam’s name that he received in 2017. “Captured a healed hummingbird on Aaron and added some love for Sam,” Dr. Woo wrote on Instagram, to which Sam commented two red hearts in response.