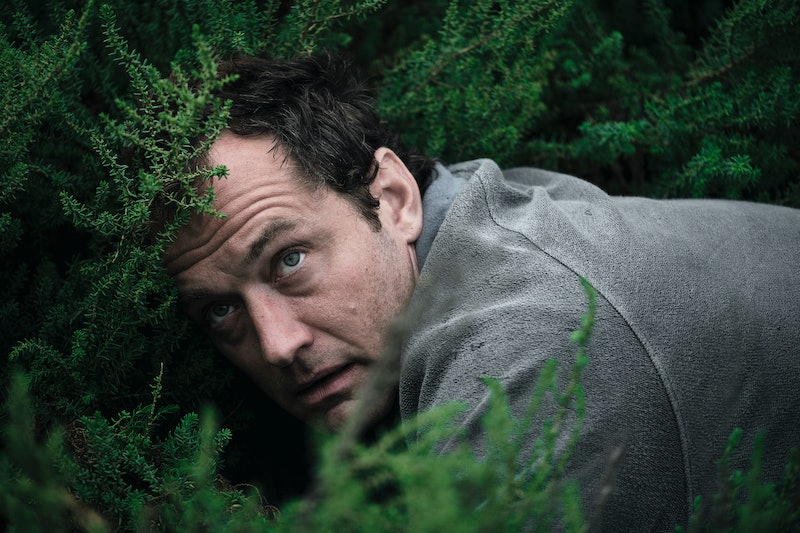 Spoilers ahead for The Third Day Season 1, Episode 2. It's hard to decipher what is and isn't happening at any given moment on The Third Day. Sam (Jude Law) has proven an unreliable narrator, he's constantly seeing things that seemingly aren't there, and apparently every episode ends with a dreamlike vision that leaves you even more confused than when the episode started, which is saying a lot for this show. So it's hard to believe that Sam is actually dead at the end of The Third Day Episode 2.

For one, everything he saw could have simply been a hallucination as a result of the drugs he took. In his version of events, he was led away from the town festival by a panicked Mrs. Martin, who informed Sam that Larry and his friends were coming for him. "They want you dead," Mr. Martin insisted. It's implied this is because Larry saw Epona kiss Sam on the cheek earlier in the episode while thanking Sam for sticking around to check on her, which seemed to make Larry think there's something unsavory going on between the two. Larry hasn't been fond of Sam since his arrival on the island, so it's certainly possible that he wants to kill Sam. But that doesn't mean he actually did.

After Mrs. Martin led Sam away, she left him in the middle of the forest, which doesn't seem like something she would do if she were genuinely concerned for his safety. Seconds earlier, she told Sam repeatedly not to get lost in the crowd or lose sight of her. Then she's just going to abandon him? Unlikely.

Sam then had a hallucination that his stomach was cut open, which suggests he was still tripping out by the time Larry seemingly showed up, knocked him out with a crowbar, and put a bag over his head. Yes, blood was pouring out from the bag, but Episode 1 ended with Sam envisioning himself soaked in blood in a cave and he was fine a minute later. So we can't really trust what he thinks is going on.

Besides, the synopsis for Episode 3 pretty much confirms Sam is still alive...at least for now. "Sam is shocked to learn the truth about his connection to Osea and the islanders' intentions for his future," it reads. "Later, in a fight for his life, Sam tries desperately to escape their clutches and make it back to the mainland in one piece."

Basically, Sam seems to be alive at of the end of Episode 2 and into Episode 3, but then he might really die. Episode 3 is the last one that focuses on Sam's story before the switches over to Naomie Harris' character Helen. So either way, we'll know his fate by next week.