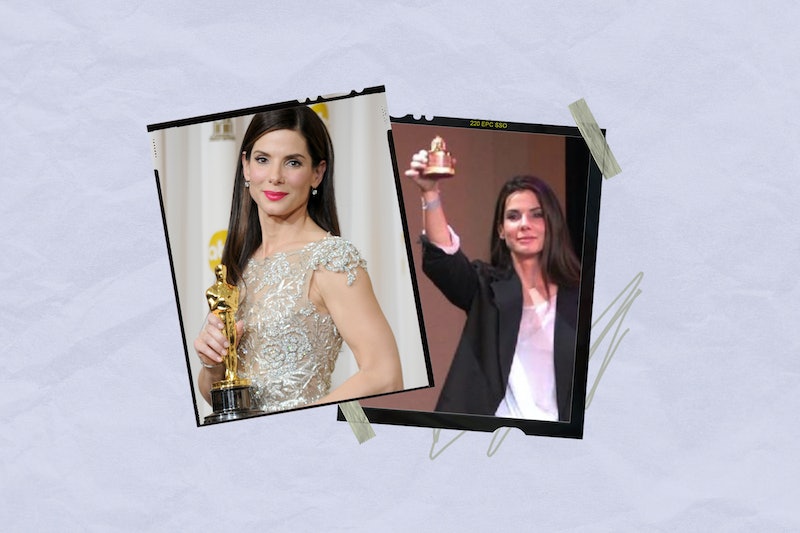 Each year, the very best of cinema is celebrated at some of Hollywood’s most prestigious ceremonies, and chief among them is the annual Academy Awards. However, another yearly event known as the Golden Raspberry Awards (aka the Razzies) prides itself on being the contrary Oscars ceremony, celebrating the very worst of cinema. Throughout its 40-year history, the satirical event has handed out awards for Worst Film and Worst Director to some of the biggest names in show business — and in 2010, Sandra Bullock made history when she won an Oscar and Razzie in the same year.

As per Entertainment Weekly, Bullock was awarded not one, but two Razzies for her performance in All About Steve, taking home the gongs for Worst Actress and Worst Screen Couple (alongside co-star Bradley Cooper). During the Los Angeles ceremony, Bullock surprised Razzie attendees by showing up to collect her awards with an entourage wearing “Team Bullock” T-shirts, and a wagon full of All About Steve DVDs.

“You promise to watch the movie and really consider whether it was really and truly the worst performance,” Bullock joked during her acceptance speech. “If you are willing to watch it, I will come back next year and give back the Razzie.”

As mentioned, 2010 was the same year the Gravity star was named Best Actress at the Academy Awards for her portrayal of Leigh Anne Tuohy in The Blind Side.

Bullock isn’t the first actor to make a surprise appearance at the annual parody ceremony. Back in 2005, Oscar-winner Halle Berry turned up to collect the Worst Actress raspberry for her performance in Catwoman.

“I want to thank Warner Brothers, for putting me in a piece of s***, godawful movie,” Berry said in her acceptance speech. “It was just what my career needed. I was at the top, and then Catwoman just plummeted me to the bottom.”

Speaking to Harpers Bazaar in 2021, Berry revealed that she eventually set her Golden Raspberry Award “on fire.”