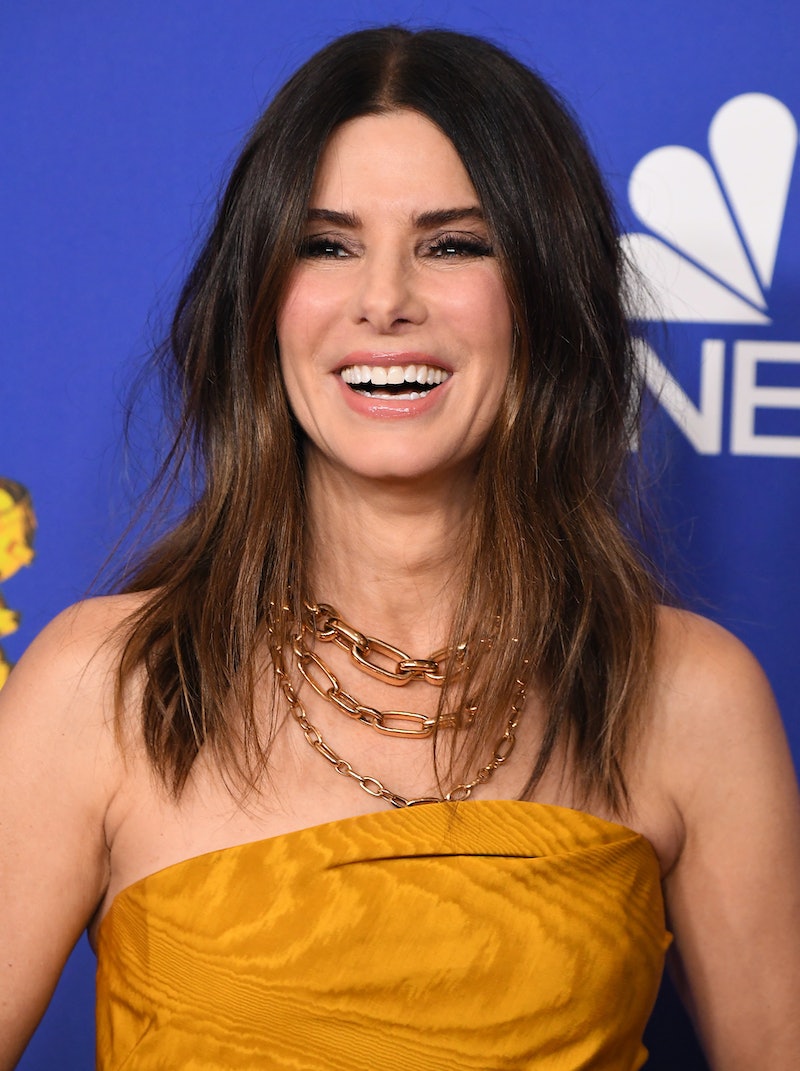 In 1995, Vanity Fair called Sandra Bullock “America’s Sweetheart.” She had just burst onto the scene with the action movie Speed and the rom-com While You Were Sleeping. Since then, Bullock has never really slowed down. With dozens of other action movies and rom-coms under her belt, she remains America’s Sweetheart to this day.

Her early successes were followed by comedy classics like 28 Days, Miss Congeniality, Two Weeks Notice, The Lake House and The Proposal, as Bullock solidified her place in Hollywood history with her contagious brand of physical comedy and her relatability. But she wasn’t just a comedy queen — Bullock also proved herself to be a capable dramatic actor and even picked up an Oscar for the 2009 film The Blind Side.

In more recent years, Bullock’s career has continued at much the same pace, with films like Ocean’s Eight, Gravity, The Lost City and now, Bullet Train.

With decades of blockbuster roles on her CV, Bullock has become one of the industry’s highest paid actors. And, with her own production company and a sizeable property portfolio, her net worth is nothing short of mind-blowing. In fact, the actor has enough spare cash to have donated at least $5 million to the American Red Cross.

Read on to discover how Sandra Bullock makes her millions.

With over 50 major acting credits to her name stretching back to the ’80s, Bullock’s acting career has made her millions over the years.

After appearing in a few TV shows and small film roles, Bullock got her big break in the 1994 action flick Speed alongside Keanu Reeves. According to Parade, she was paid $500,000 for the film, which equals around $900,000 when you take inflation into account.

As her fame grew, so did her pay checks. According to reports, the star received between $5 and $20 million for many of her later films.

But Bullock doesn’t always prioritize money when making projects — after all, at this point, she’s probably got more than enough. While her typical income per film at the times was around $10 million, according to The New York Times, she agreed to a pay check of just $5 million for the The Blind Side in 2009. Nevertheless, she still took home $20 million after the film was a box office success.

One of Bullock’s largest salaries to date was for the 2014 film Gravity. As The Guardian reported, the actor received a $20 million advance along with 15% of the profits, which amounted to around $70 million in total. Talk about an out-of-this-world income!

More recently, Bullock has been making around $20 million for each film, including The Lost City and Bullet Train — according to Variety, this is her current rate.

In addition to her work as an actor, Bullock also has a steady stream of income as a producer. The actor launched her own production company, Fortis Films, in 1995.

"I'm still in the race. I'm still in the business, but I'm doing the other side that I love to do, which is the production end," Bullock told Tampa Bay Times in 1998 of her company. "I believe more in the things that I'm producing right now than in anything I can possibly do on-screen, and my work will be better if I leave."

The company has paired with Warner Bros. numerous times and together, they have been responsible for films and TV shows that include Practical Magic, Miss Congeniality, Two Weeks Notice, All About Steve and The Lost City.

Bullock was also an an executive producer of the TV series George Lopez and it is estimated that she took home “at least $10 million” for that project alone.

Fortis Films isn’t Bullock’s only business — she is also the proud owner of a few restaurants in Austin.

She launched Bess Bistro in 2006, followed by Walton’s Fancy and Staple, a deli-bakery-cafe-restaurant-caterer hybrid in 2009.

For Bullock, these businesses became an important way to express herself outside of the acting world. “The acting thing is so beyond my control,” Bullock explained to Vogue in 2013. “Acting isn’t mine. You are like a tiny piece in this big corporate mechanism that needs chemistry and divine intervention. This [Bess Bistro and Walton’s Fancy and Staple] is mine.”

While Bess Bistro closed its doors in 2016, Bullock’s two restaurants were an important part of her career — even if they weren’t as lucrative as her acting. As she told the Austin American-Statesman in 2009, “The acting is to fund what I do here in Austin. ...In the end, I might not make a dime. … But look at what we’ve done to this building. That’s an investment and payoff all on its own.”

Over the years, Bullock has invested in a number of properties that have contributed to her net worth. According to Architectural Digest, the actor owns at least 17 homes all over America.

Sandra owns around 20 properties around the United States. Overall, her real estate portfolio is reportedly worth around $80 million.

What Is Sandra Bullock’s Net Worth?

According to Celebrity Net Worth, Sandra Bullock is worth $250 million as of 2022.

While the actor-producer has wracked up hundreds of millions, she may be ready to slow down soon. “I’m so burnt out. I’m so tired, and I’m so not capable of making healthy, smart decisions and I know it,” Bullock told The Hollywood Reporter after the release of The Lost City. While Bullock doesn’t know how long her break from Hollywood will last, one thing’s clear —she has more than enough money to make it last as long as she wants.