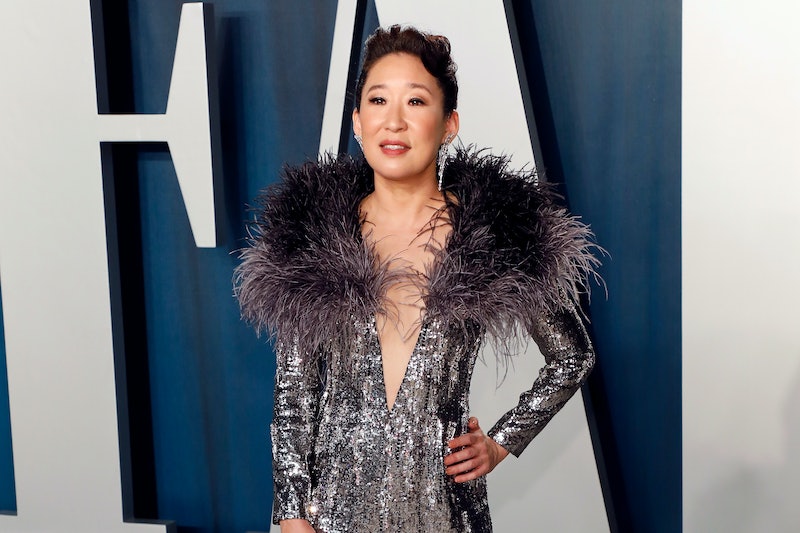 Hate crimes against Asians have risen during the COVID-19 pandemic because of racist behaviors and xenophobic rhetoric tied to the coronavirus, and it’s time they come to a stop. Sandra Oh spoke out against the ongoing Asian hate at a rally in Pittsburgh on Saturday, March 20, just days after six women of Asian descent were killed in three mass shootings at Atlanta spas. “For many of us in our community, this is the first time we are even able to voice our fear and our anger, and I really am so grateful for everyone willing to listen,” she told the crowd.

During her speech, the Killing Eve star explained that many people in Asian communities are “very scared,” and said the best way to curb that fear was simply to reach out to each other. “I will challenge everyone here, if you see something, will you help me?” she asked. “If you see one of our sisters and brothers in need, will you help us? As Asian Americans, we just need to reach out our hand to our sisters and brothers and say, ‘Help me and I’m here.’”

“Stop Asian Hate” rallies and protests are popping up across the U.S. amid a rise in violent Asian hate crimes worldwide in the past year, which has been linked to false rhetoric from public figures, like Donald Trump, who have blamed Chinese people for the COVID-19 pandemic stateside. Eight people were killed in the Atlanta shootings, six of whom were Asian, including four Korean women: Soon Chung Park, Hyun Jung Grant, Suncha Kim, Yong Ae Yue, Delaina Ashley Yaun, Paul Andre Michels, Xiaojie Tan, and Daoyou Feng.

Oh isn’t the first celebrity to condemn Asian hate in recent weeks, with Rihanna, Lana Condor, and Ava DuVernay being just some of the stars who have shown their support for Asian communities. However, as one of Hollywood’s most prominent Asian American actors, Oh’s voice is one of the most visible and most vital, something that’s known by her former Grey’s Anatomy co-star Ellen Pompeo, who supported her on Twitter after the speech. “You belong here,” she wrote, complete with a heart emoji. “Love her.”

Oh concluded her speech by leading the crowd into a chant of “I am proud to be Asian! I belong here!” and expressing her gratitude for even getting the opportunity to say those things on a public platform. “Many of us don’t get that chance to be able to say that so I just wanted to give us an opportunity to be able to shout that,” she said. “Thank you so much!”

Meanwhile, FBI Director Chris Wray told NPR that it “does not appear” race was a factor in the shooting. However, many U.S. senators have questioned his initial judgment, saying the shooting was “racially motivated,” and South Korean newspaper The Chosun Ilbo quoted an eyewitness who heard the shooter allegedly say he planned to “kill all Asians.”