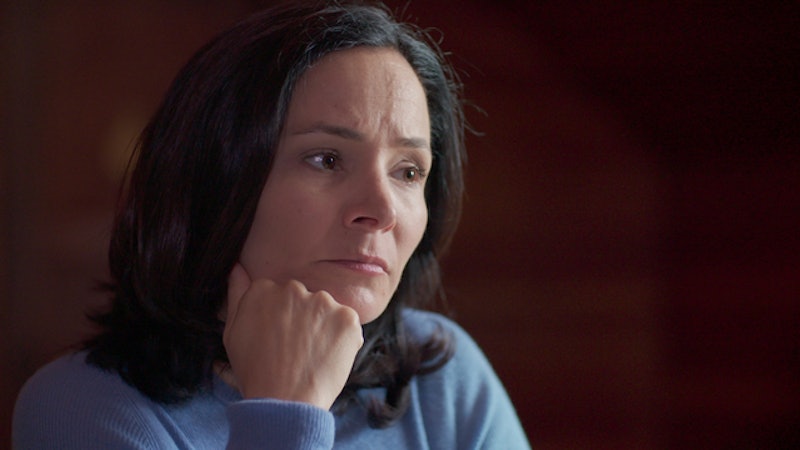 Sarah Edmondson found NXIVM at the same moment so many of its former members did: when she needed it most. The Canadian actress was kicking around her hometown of Vancouver in her late 20s. She’d had a few television roles since starting her career as a teen, including episodes of Nickelodeon faves like Are You Afraid of the Dark? and The Mixed Up Files of Shelby Wu, followed by popular adult shows like Fringe and Psych. Still, though, Edmondson was crashing in a $400 a month garden level apartment and feeling dissatisfied. “I was challenged in my relationship, challenged in my career,” she said in the most recent episode of HBO’s The Vow, in which she, along with other former members, tracks the rise and fall of the cult. “I had this idea that maybe I’d become a famous actor and use my celebrity to have a voice or have an impact on the world. That wasn’t happening.” In the end, NXIVM didn’t kickstart her career, but it did give her purpose and — eventually — her family.

Edmondson is married to actor Anthony "Nippy" Ames, another former NXIVM member. The two met through their involvement with the group and several other members were in their wedding party. Keith Raniere, the cult’s leader, even wrote the couple's vows. Their May 4, 2013 marriage was featured on Real Weddings: Vancouver, with Edmondson describing them at the time as a “fun-loving, silly couple” that “strayed from tradition.” The pair are still together and now have two sons, Troy and Ace.

Since she and Ames left NXIVM in 2017, Edmondson has continued to pursue her acting career, mostly starring in TV movies for the Hallmark Channel like Welcome To Christmas and At Home In Mitford starring Andie McDowell. The self-professed yogi also wrote a book called Scarred about her time inside NXIVM, which opens with an account of being branded as a rite of initiation into a secret sisterhood within the cult.

Lately, like so many of us, Edmondson has also been watching The Vow. She offers her thoughts on the docuseries via Instagram each week. Watching the second episode — which told the story of fellow NXIVM couple turned whistleblowers, Mark Vicente and Bonnie Piesse — was “exhilarating, surreal, devastating,” she wrote, adding that Bonnie is “my hero.” Episode 3, though, was more taxing. “I think I disassociated for this one,” she wrote of the episode, which documented her decision to confront her “master” within the cult and, eventually, to leave it. “It was just too hard to watch.”

More like this
Linda Ronstadt’s “Long Long Time” Plays A Pivotal Role In The Last Of Us
By Brad Witter
Here’s What Happens To Bill & Frank In 'The Last Of Us' Video Game
By Brad Witter
15 Photos Of 'The Last Of Us' Star Pedro Pascal That Cement His Zaddy Status
By Radhika Menon
'Succession' Season 4 Will Be An "Absolute Banger" According To Cousin Greg
By Bustle Staff
Get Even More From Bustle — Sign Up For The Newsletter
From hair trends to relationship advice, our daily newsletter has everything you need to sound like a person who’s on TikTok, even if you aren’t.