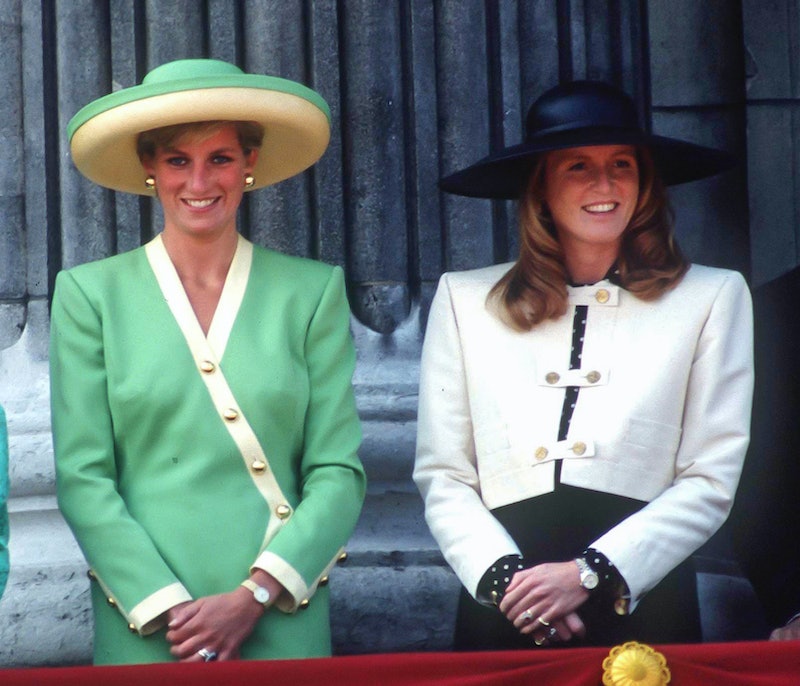 Trigger warning: This article contains references to eating disorders, as do some of its outbound links.

After 35 years in the public eye, Sarah Ferguson says she is finally “coming to terms” with her body image, despite years of being “judged” for her weight by British tabloids — something she and Princess Diana used to “talk about a lot”.

The Duchess of York appeared on Loose Women earlier this week to discuss her new novel, Her Heart For A Compass, where she shared that her own personal battles with an eating disorder became the inspiration for the book’s main character.

“I am coming to terms with it now,” Fergie told the panel, per Metro. “It’s [been] long enough, it’s been 35 years in public life, but I think it is very hard... I do address the eating disorder issue with Lady Margaret in the book, because it’s one of my big subjects, of course.”

Ferguson, 61, who was married to Prince Andrew from 1986 until 1996, was the subject of much tabloid scrutiny during her marriage, and has previously said that her size was compared to her then sister-in-law, Princess Diana, by the press.

“Diana and I used to talk about it a lot,” she said, “about what it is to be on the front pages, and people judging what size you are.”

Princess Diana’s long battle with an eating disorder has been the subject of many headlines, and in recent times, dramatised in episodes of The Crown. In her landmark interview with Martin Bashir back in 1995, Princess Diana confirmed she “had bulimia for a number of years”.

“You inflict it upon yourself because your self-esteem is at a low ebb, and you don't think you're worthy or valuable,” Princess Diana shared at the time.

Over the years, Fergie has also continued to speak about her battles with low self-esteem and body image, however, as she said to Loose Women, it’s a “work in process”.

“I speak openly to you today from here, saying it’s ok, anyone watching, just be who you are and keep fighting on and don’t give up,” the Duchess of York concluded.

More like this
Michaela Coel Has Some *Thoughts* About The Nepo Baby Discourse
By Maxine Harrison
Turns Out George Clooney Is A Huge Fan Of This Classic British Game Show
By El Hunt
Everything To Know About The 'Daisy Jones & The Six' TV Series
By Maxine Harrison and Brad Witter
Eurovision Has Been Given A Whole New Look Ahead Of Its Liverpool Debut
By Bustle UK
Get The Very Best Of Bustle/UK
Sign up for Bustle UK's twice-weekly newsletter, featuring the latest must-watch TV, moving personal stories, and expert advice on the hottest viral buys.