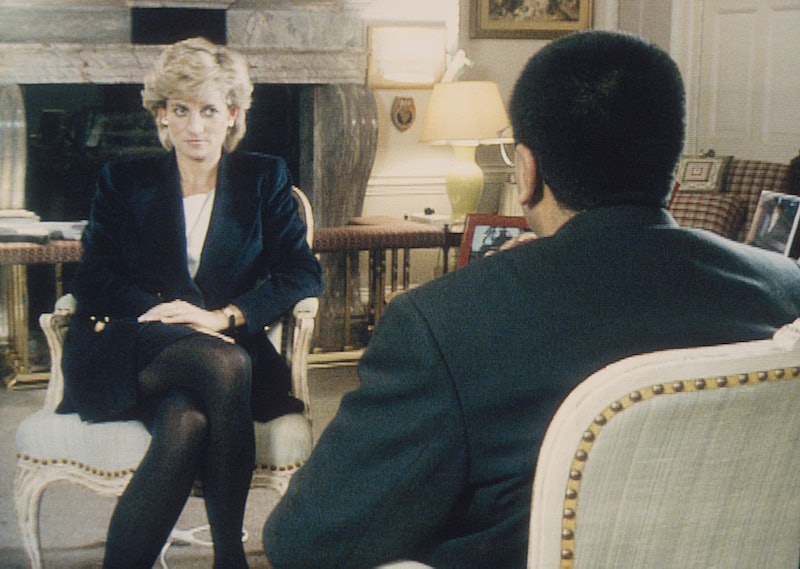 On May 20, 2021, an independent inquiry found that the BBC had fallen short of “high standards of integrity and transparency” in its dealings with Martin Bashir’s 1995 Panorama interview with Princess Diana in which she famously said that “there were three of us in this marriage.” Before the findings were published, however, Bashir had already stepped down from his role at the BBC, reportedly due to ill health, so where is Martin Bashir now?

The inquiry, which came as the results of accusations of unethical journalism from Diana’s brother, Earl Spencer, was commissioned by the BBC and led by former Supreme Court judge Lord Dyson. On top of the finding that Bashir had used “deceitful” tactics to secure the interview, the inquiry also stated that the BBC’s 1996 internal investigation into what happened was “woefully ineffective” too.

Following this, Prince William released a statement condemning the BBC’s actions and saying that his mother was “failed not just by a rogue reporter, but by leaders at the BBC who looked the other way rather than asking the tough questions.” He also added that the interview “made [his] parents’ relationship worse.”

“It brings indescribable sadness to know that the BBC’s failures contributed significantly to her fear, paranoia, and isolation that I remember from those final years with her,” the Duke of Cambridge said.

Prince Harry released a statement, too, saying “The ripple effect of a culture of exploitation and unethical practices ultimately took her life.” The Duke of Sussex went on to say that, while the results of the inquiry were encouraging, such practices “are still widespread today” and that the problem was “bigger than one outlet, one network, or one publication.”

Princes William, Prince Harry, Earl Spencer, and Prince Charles have since received apologies from the BBC and Bashir. Now, a new BBC inquiry has cleared staff over the rehiring of Martin Bashir in 1996, stating that though there were “shortcomings” in the process, no one involved knew of methods Bashir used to secure the infamous Panorama interview.

In October 2020, allegations emerged that Bashir had created two fake bank statements to deceive Diana’s brother into introducing him to Diana. Spencer allowed the Daily Mail access to notes he allegedly had from a meeting Bashir back in 1995. Spencer claimed the journalist made a string of false claims during the meeting in order to secure his trust and bag the interview. Per Sky News, these included “allegations that Diana was under surveillance” and “that her bodyguard was plotting against her.”

The BBC had already apologised for Bashir’s creation of the fake bank statements before the 2021 inquiry, and they claimed that it played “no part in [Diana's] decision to take part in the interview.”

Matt Wiessler, the graphic designer alleges to have created the fake documents in question, says he went to BBC bosses a month after Diana’s interview as aired, but he was ignored. He has now received an apology also but says it comes “too little, too late.”

Wiessler has criticised both Lord Birt, then BBC director-general, and Lord Hall, who led the 1995 investigation of the interview. He said, “Nobody has come forward. It's just weak, calculating, and quite honestly after 25 years it's nasty what they are doing – to this day.”

What Are Martin Bashir's Current Circumstances?

On May 15, BBC confirmed that Bashir had “stepped down” from his position as the BBC's Religion Editor “ due to ongoing health issues.”

“He let us know of his decision last month, just before being readmitted to hospital for another surgical procedure on his heart,” said Jonathan Munro, director of BBC News. “Although he underwent major surgery toward the end of last year, he is facing some ongoing issues and has decided to focus on his health," he added.

Earlier this year, Bashir had failed to respond to the allegations due to being “seriously unwell” the BBC said. “Martin Bashir is signed off work by his doctors as he is currently recovering from quadruple heart bypass surgery and has significant complications from having contracted COVID-19 earlier in the year,” the broadcaster said in a statement at the time.

The latest BBC inquiry has found that there is no evidence to suggest that Bashir was rehired as religious affairs correspondent to cover up the circumstances around his interview with Diana.

“None of the individuals involved in the recruitment of Martin Bashir had knowledge of all of the matters contained in the Dyson report,” said BBC executive Ken MacQuarrie, who ran the rapid internal investigation in a statement to the Guardian. “I have no doubt that if any of the individuals … had been aware of what is now publicly known … Martin Bashir would never have been reappointed at the BBC.”

What Has The Government Said?

Until recently, 58-year-old Bashir was the BBC’s Religion Editor. The scandal prompted questions about the corporation's investigative journalism practices. It has since caught the attention of Downing Street, with the Prime Minister's spokesperson saying on Nov. 10, 2020, that the inquiry was “the right course of action.” They added: “As a public service broadcaster, we expect BBC journalists to adhere to the highest standards.”

Following the investigation into Bashir’s rehiring in 1996, Tory MP Julian Knight, chairman of the Commons Digital, Culture, Media and Sport Committee, has posed questions about the rehiring process, including: “Where was the due diligence? Senior members of the BBC knew [at the time of rehire] that Bashir had lied about the use of faked bank statements to gain access to Princess Diana."

Since the inquiry, Culture Secretary Oliver Dowden has said that the government will look further about whether the BBC needs a transformation, and “consider whether further governance reforms are needed.”

This article was originally published on November 12, 2020