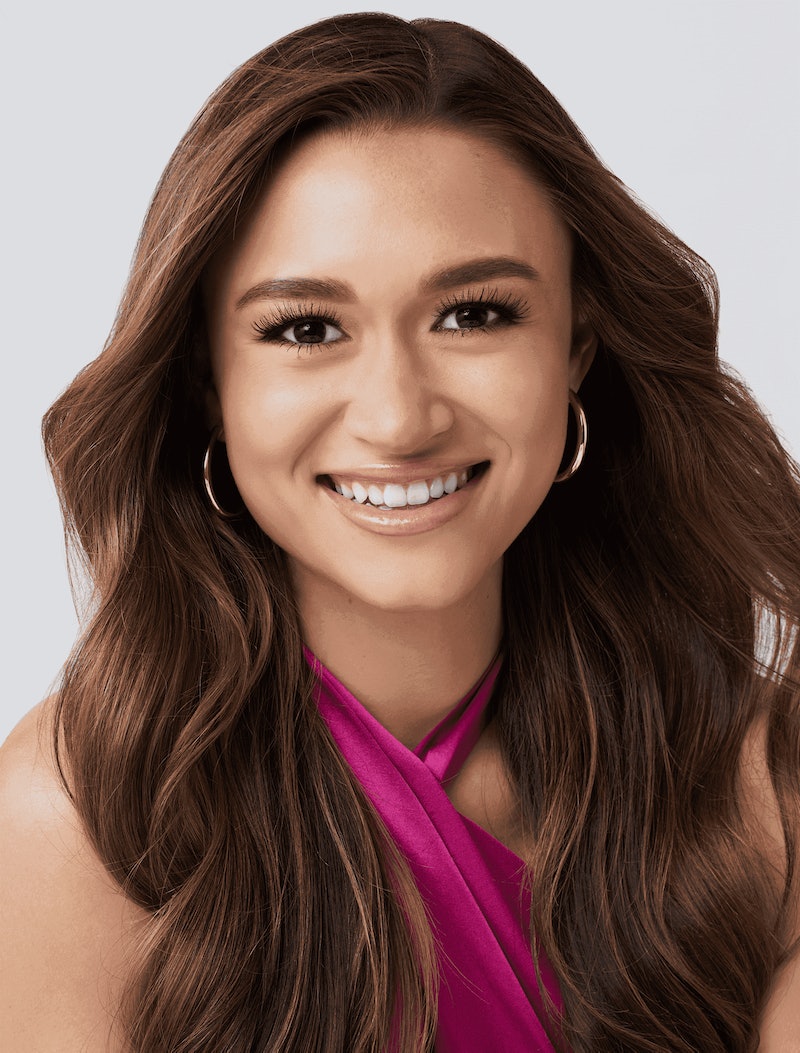 At 23 years old, Sarah Hamrick is the youngest contestant on Clayton Echard’s season of The Bachelor. But don’t let that sway your judgment. “Sarah may be young, but she’s gone through more in life than the average girl her age and she doesn’t let it slow her down,” her official ABC bio reads.

At heart, Sarah is a hopeless romantic who falls hard and fast. She’s looking for a partner who’s respectful, easygoing, and spontaneous. She also wants someone who can share in her love of Valentine’s Day, hugs, and co-hosting dinner parties. Whether or not Clayton will fit the bill, we’ll have to wait and see, but here’s what to know about Sarah in the meantime.

According to her LinkedIn page, Sarah graduated from South Carolina’s Clemson University in 2019 with a degree in business marketing. During college, she worked as a wealth management intern for Willingdon Wealth Management and as a social media intern for Curtsy. After receiving her degree, she briefly took a job as an assistant for Tapestry — the parent company of luxury fashion brands including Kate Spade and Stuart Weitzman — before pivoting back to her finance roots at Bank of America Merrill Lynch. She joined the company as a financial analyst in 2020, later becoming a fraud analyst and financial advisor before leaving in August 2021 (assumedly to film The Bachelor). In January 2022, Sarah started a new job as an account manager for SmartAsset, a financial technology company. But according to her ABC bio, she’s also in the midst of growing a nonprofit aimed at supporting adopted children.

Sarah Loves NYC As Much As She Loves Travel

Like almost every contestant who has ever competed on The Bachelor, Sarah seems to have racked up her fair share of travel points. Her Instagram includes photos of her on the beaches of Miami, the snowy slopes of Park City, Utah, and the shores of Malibu. But she loves her current home in New York City too: there are also candid shots of her NYC-worthy street fashion and architecture from around the city.

How Far Sarah Will Make It On The Bachelor

There’s been a lot of fanfare about ABC spoiling Clayton’s final three, and it doesn’t seem like Sarah is among them. However, it’s worth noting that Clayton told Bustle the trailer doesn’t reveal as much as viewers think it does. “I’ve seen promos where at this point, I’ve seen nine or 10 different faces of those final three,” he said in a recent interview. “Of course I know who [the final three] are, but as far as people saying we know who those final three are, what promo are you going off of? ... People feel like [ABC] showed so much, but they showed so little.”

A blink-and-you’ll-miss-it moment in the season’s extended trailer show’s Sarah extremely distraught and in tears. That could mean she’s one of the final women Clayton reveals he’s been intimate with, or it could mean she leaves the show heartbroken.

More like this
Brianna Revealed Why 'The Bachelor' Premiere Was Tougher For Her Than You Saw On TV
By Brad Witter
This 'Bachelor' Contestant Already Has A Lot In Common With Zach
By Grace Wehniainen
Yes, That's Christina From 'The Bachelor' In Taylor Swift's "Fifteen" Music Video
By Brad Witter
Twitter Thinks This Is The Real Reason Zach Sent Christina Home On 'The Bachelor'
By Grace Wehniainen
Get Even More From Bustle — Sign Up For The Newsletter
From hair trends to relationship advice, our daily newsletter has everything you need to sound like a person who’s on TikTok, even if you aren’t.