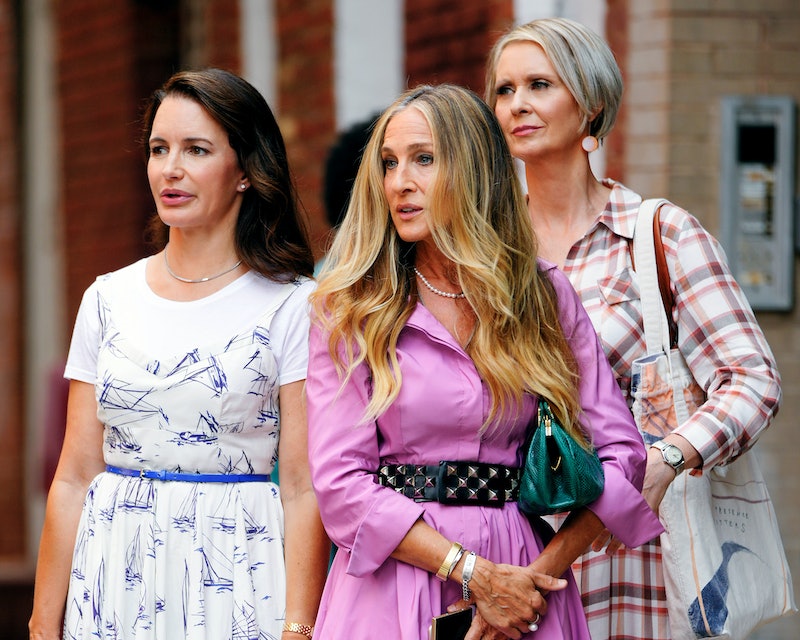 The statement, which was posted to their Instagram stories as well as Twitter, read: “We are deeply saddened to hear the allegations against Chris Noth. We support the women who have come forward and shared their painful experiences. We know it must be a very difficult thing to do and we commend them for it.”

On Dec. 16, two women approached The Hollywood Reporter with accusations of sexual assault against Noth, having been triggered by his appearance in the recent reboot of the HBO series, And Just Like That. Under the pseudonyms Zoe and Lily, the women alleged the events took place in Los Angeles in 2004 and New York in 2015 respectively. “For so many years, I buried it,” Zoe told THR, saying it was time “to try and go public with who he is.”

Noth issued a statement in response to these allegations, which read: “The accusations made against me by individuals I met years, even decades, ago are categorically false. These stories could’ve been from 30 years ago or 30 days ago — no always means no — that is a line I did not cross. The encounters were consensual,” he said. “It’s difficult not to question the timing of these stories coming out. I don’t know for certain why they are surfacing now, but I do know this: I did not assault these women.”

The following day (Dec. 17), Noth’s former Law & Order co-star Zoe Lister-Jones claimed Noth was a “sexual predator” and that he was “sexually inappropriate” with her and other members of staff on the show.

On the same day, a third woman accused Noth of sexual assault. Speaking under the pseudonym Ava, she approached the Daily Beast about her experience with the actor. She provided the site with an account of the assault that she says was written in October 2020. Ava was 18 at the time of the alleged assault, and Noth was 55. When approached for comment on this case, Noth’s publicist said the actor “denies this as ever happening and has no idea who this woman is.”

Following the four accusations of sexual misconduct and assault, Noth was dropped from talent agency A3 Artists Agency three months after being signed as a client. Peloton also removed their viral advertisement featuring the star as Mr. Big in response to the news.

If you or someone you know has been affected by the issues mentioned in this piece, those in the U.S. can call the National Sexual Assault Telephone Hotline at 800-656-HOPE (4673) or visit online.rainn.org. Those in the UK can call Refuge at 0808 2000 247 or visit refuge.org.uk.

More like this
Claire Foy Spoke Out About 'The Crown's Gender Pay Gap
By Sam Ramsden
'Bridgerton' S3 Will Show A *Very* Different Side To Kanthony
By Sam Ramsden
Twitter Is Burning As Phoebe Dynevor Reveals Daphne’s 'Bridgerton' Exit
By Sophie McEvoy
Helena Bonham Carter Doesn't Think 'The Crown' “Should Carry On"
By Sam Ramsden
Get The Very Best Of Bustle/UK
Sign up for Bustle UK's twice-weekly newsletter, featuring the latest must-watch TV, moving personal stories, and expert advice on the hottest viral buys.