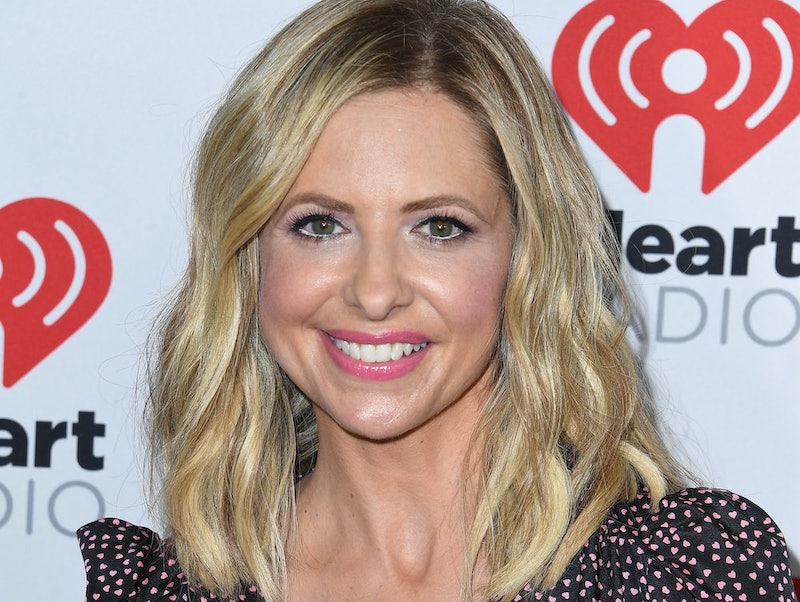 Charisma Carpenter’s former Buffy the Vampire Slayer co-stars are sending her support after she accused Joss Whedon of “cruel” abusive behavior on the set of the 1997 series and its spin-off, Angel. Carpenter, who played Cordelia Chase in the shows, detailed a “hostile and toxic” work environment in a statement shared on social media. The actor also shared support for Justice League actor Ray Fisher, who also accused Whedon of abusive and unprofessional behavior last summer, and cited Fisher as the reason she will “no longer remain silent.” Sarah Michelle Gellar, Amber Benson, and Michelle Trachtenberg have since responded to their former colleague’s claims.

Gellar, who played the titular role of Buffy Summers, wrote that she stands with all survivors of abuse and “am proud of them for speaking out” in a statement issued on Instagram on Wednesday. “While I am proud to have my name associated with Buffy Summers, I don’t want to be forever associated with the name Joss Whedon,” Gellar wrote. “I am more focused on raising my family and surviving a pandemic currently, so I will not be making any further statements at this time.”

Gellar’s statement prompted a repost from Trachtenberg, who played Dawn Summers in the series. Trachtenberg re-shared the message on her own Instagram and wrote, “Thank you @sarahmgellar for saying this. I am brave enough now as a 35 year old woman....To repost this. Because. This must. Be known. As a teenager. With his not appropriate behavior....very. Not. Appropriate.” She added in her own comments section, “What he did was very bad. But we win. By surviving!”

Benson, who played the role of Tara Maclay, tweeted support for Carpenter and backed up the claims that Whedon fostered a toxic environment. “Buffy was a toxic environment and it starts at the top. @AllCharisma is speaking truth and I support her 100%. There was a lot of damage done during that time and many of us are still processing it twenty plus years later.”

As Bustle previously reported, Carpenter accused Whedon of being “casually cruel” on the set, where he allegedly employed “passive-aggressive threats” and called her “fat” when she was pregnant. “He was mean and biting, disparaging about others openly, and often played favorites, pitting people against one another to compete and vie for his attention and approval,” Carpenter said. When Whedon found out about her pregnancy, Carpenter alleged he “asked me if I was ‘going to keep it’ and manipulatively weaponized my womanhood and faith against me.” (Bustle has reached out to Whedon’s rep for comments but did not receive an immediate response.)

The actor cited an “overwhelming sense of responsibility” to Fisher and others to come forward, revealing that she had participated in WarnerMedia’s recent investigation of Whedon stemming from Fisher’s claims. Fisher tweeted support at Carpenter shortly after, calling her “one of the bravest people I know.” He wrote, “I am forever grateful for her courage and for her lending her voice to the Justice League investigation. Read her truth. Share her truth. Protect her at all costs.”