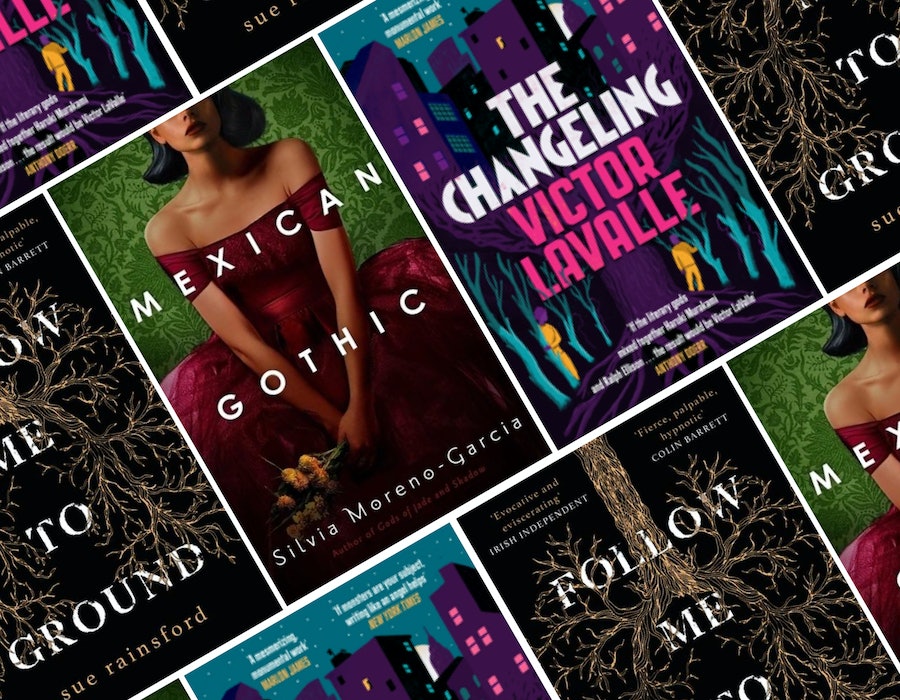 I love Halloween. As soon as mid-October hits and the first orange leaves start to blanket the pavements, I go into full planning mode. Sweets, decorations, costume ideas, party plans. I mean, you can’t leave organisation for the spookiest night of the year to the last minute. However, like most people, I've accepted that getting dressed up and going out just isn't in the stars this year. But that’s no reason to cancel Halloween altogether. If you're in need of some creepy company this Oct. 31, why not settle in with a scary book? Sure, movies are great, but there's something extra special about getting immersed in a book – especially a creepy one. With that in mind, here are 11 of the best scary books – old and new – that will get your heart racing and have you sleeping with the light on.

Some gothic classics just scream Halloween (if you’ll excuse the pun). Mary Shelley is heralded as the mother of all things spooky thanks to her Frankenstein creation and Rebecca by Daphne du Maurier put me off haunted houses for life. However, there’s also a range of modern spooky literature out there if you want to read something scary but more up-to-date this year (and, no, I'm not talking about the news).

Keep scrolling to find your perfect book for this Halloween.

If you’re anything like me – very easily scared – then The Secret History by Donna Tartt may be a good place for you to start. Set on a leafy New England university campus in the U.S., The Secret History will give you major autumnal vibes. However, when a group of friends start committing terrible acts under the influence of an enigmatic professor, things begin to get a little freaky.

A classic that really needs no introduction. What better way to celebrate a Halloween night in than with the OG of gothic novels?

When Apollo's wife Emma commits a brutal act of violence and vanishes from the face of the earth, he is left trying to piece together what happened and mourn the death of his son. The Changeling follows Apollo on his journey to understanding not only his relationship with his wife and son, but with his own parents too. This novel, set in New York City, combines modern-day horrors with ancient otherworldly forces to create a powerful story that won author Victor LaValle the the American Book Award, a Locus Award for Best Horror Novel, a British Fantasy Award for Best Horror Novel, and a World Fantasy Award for Best Novel.

Another classic that speaks for itself. There have been hundreds of iterations of Bram Stoker’s Dracula and basically every pop culture vampire, from Edward Cullen to the cast of The Vampire Diaries, has taken inspo from the original 1987 tale. A perfect Halloween read.

'The Good House' by Tananarive Due
The Book Depository

Angela Toussaint's late grandmother owned a home that was so beloved by the people of Sacajawea, Washington, that they call edit the Good House. But that all changes when a tragedy takes place in the house and Angela's son Corey is killed. When Angela returns to the house after two years to learn the truth about Corey's death, she discovers a terrifying entity that wishes death on her family and destruction to the town of Sacajawea.

'The Castle of Otranto by' Horace Walpole
Blackwell's

The Castle of Otranto by Horace Walpole is another classic in the gothic genre. It tells the story of Conrad, a rich heir to a dynasty who is murdered on his wedding day. His father Manfred, fearing that his dynasty will now come to an end, decides to marry his son's bride himself, despite the fact he is already married. But a series supernatural events soon intervene as a curse that was placed on Manfred's ancestor, who usurped the lawful Prince of Otranto, is unleashed.

'The Haunting of Hill House' by Shirley Jackson
Amazon

The Haunting of Hill House by Shirley Jackson may have been developed into a Netflix series but IMO the book is far spookier. Death, terror, and supernatural happenings converge in this spine-tingling thriller. Four acquaintances descend on Hill House in a bid to find out the truth. They’re left trying to explain the unexplainable.

'IT' by Stephen King
Amazon

Stephen King is a master of horror and IT may be one of his most unnerving creations. A pop culture phenomenon that should definitely be on your "books to read before you die" list.

Centred on a spooky house full of deadly secrets, Mexican Gothic is a modern-day horror story with a traditional twist. Published in 2020 but set in 1950s Mexico, the novel follows Noemí Taboada as she visits a mysterious manor, High Place, to save her cousin from danger. Mexican Gothic has already received rave reviews across the board for its ability to combine classic gothic tropes with contemporary cultural analysis.

The unnamed narrator in Rebecca has led a boring life. She’s come to terms with the fact that nothing extraordinary will happen to her. That is until she meets rich, charismatic widower Max. As he whisks her away into his glamorous world and after they marry he moves her into his mansion, Manderley. However, as soon as she arrives, she becomes obsessed by his former wife, Rebecca. Another classic that's being remade for Netflix.

Ada is a supernatural being who has dedicated her life to caring for the sick. She and her father heal humans (known as Cures) from a nearby village by temporarily burying them in the mysterious 'Ground' nearby. But when Ada falls in love with a local Cure named Samson, she is forced to choose between her old life with her father and a new one with her human lover. Her decision will uproot her life, the village, and the Ground for good.