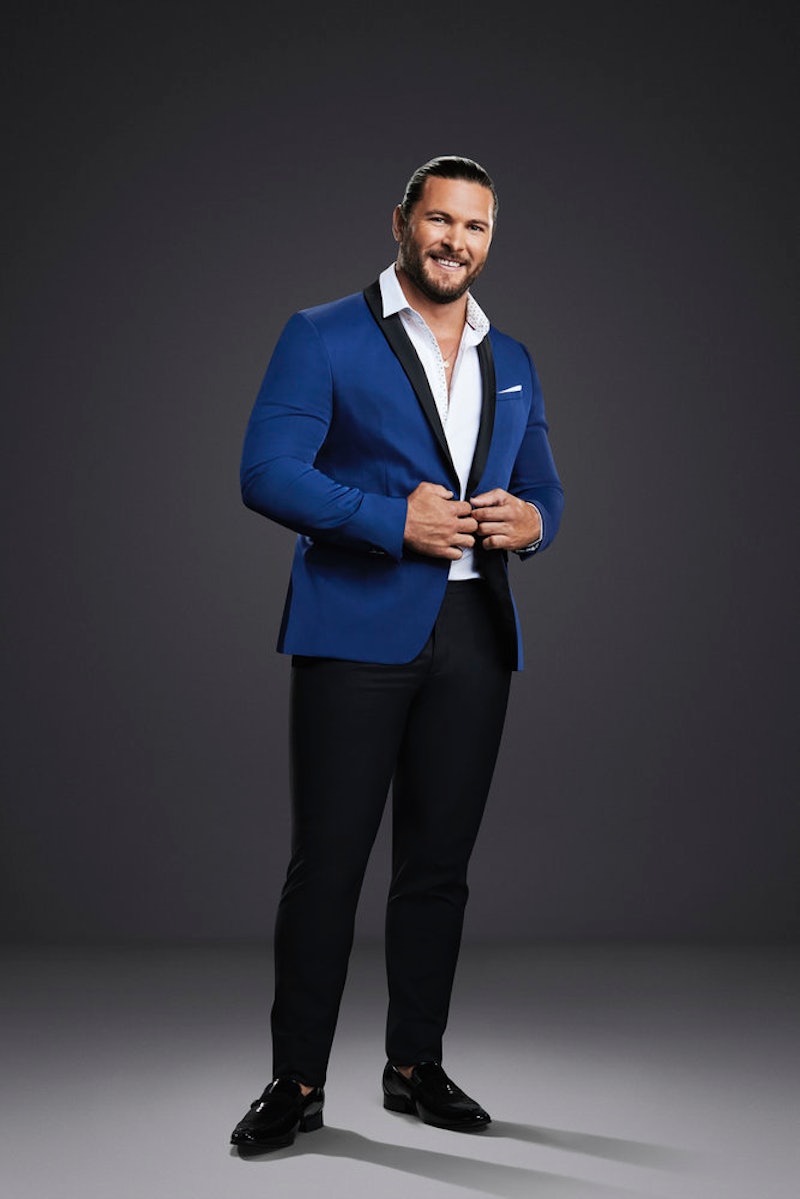 When a mutual friend introduced Brock Davies to Scheana Shay in 2019, he had no idea she was a reality star — though she made enough of an impression for him to slide into her DMs soon afterward. By the time their two-month anniversary rolled around, the New Zealand-born athlete was taking her on surprise trips to Australia and Bali, where, as Scheana later explained on Vanderpump Rules, he “did the Dirty Dancing move and plopped a kiss” on her, which apparently sealed the deal.

Now about two years later, Brock is making his debut on Vanderpump Rules Season 9, along with his and Scheana’s daughter, Summer Moon Honey Davies, who was born in April. Engagement rumors began swirling shortly after the two welcomed their baby girl, and the couple confirmed in July that Brock had proposed. They are now planning a November 2022 wedding in Bali. Even so, SUR boss Lisa Vanderpump hinted that viewers will see the couple hit some rough spots on the show.

“Is Brock The One? Only Scheana will find out that, but it definitely got a little complicated there,” she teased to Us Weekly in August. “And a few people had a lot of opinions, and they weren’t afraid to verbalize them. … He is very much loved, but it wasn’t a smooth journey.”

Brock admitted that his “brutally honest” commentary became a source of drama on the show. “I’m an open book and that’s what gets me in trouble this season,” he explained to the magazine in a separate interview, revealing that he had a “rift” with Lala Kent, Scheana’s longtime frenemy. “I got along with everybody very easily ‘cause I enjoy people’s company. But obviously, through that friendship, there were obviously some people that wanted to know more about my past and all that,” he added, singling out Tom Sandoval and Ariana Madix as the two cast members he gets along with best. “That kind of caused a bit [of a] rift. Lala and I get into it throughout the season, but through it, [I] actually had a memorable moment in my life.”

Here’s everything else to know about the Vanderpump newcomer.

After playing professional rugby in France and England for three years beginning at age 19, Brock briefly returned to Australia before moving to the United States. There, he enrolled at Colorado State University-Pueblo, where he joined the football team on the defensive line and on special teams. After turning 26, he set his sight on a career in the NFL, and in 2017 even got a tryout invitation from the New England Patriots.

After leaving his pro sports career behind, Brock opened two F45 gyms in San Diego and began working as a personal trainer. When the lockdown forced many gyms to close in 2020, he launched Homebody, a platform that allows fitness influencers to monetize content, such as live virtual group classes. Users are able to access their “favorite trainers, influencers, and celebrities” from the comfort of their own home, while the instructors are able to simultaneously build their personal brands.

In the Vanderpump Rules Season 9 trailer, Lala claims to Katie Maloney that Brock hadn’t spoken to his kids in four years. The children she’s referring to are his daughter Winter and son Eli, who both live with their mother in Australia. Brock shot this down in a 2020 Instagram comment, writing, “The kids have a great mother and stepdad, but I promise you I am doing my part to be with them.”

In a recent Page Six interview, Brock cautioned fans not to jump to conclusions, but said he’ll be transparent about his past mistakes on the series. “I told my troops through the season I had to step up to the plate, know I have a past, and if I could change it, I would,” he said.

During a joint interview with Us Weekly, Scheana cited travel restrictions as the reason she and Summer haven’t met Brock’s other children yet. Brock, for his part, added that he hopes all three kids get to meet each other “sooner rather than later,” though he doesn’t have a specific timeline. “You’ll find out this season, we’re still working on our relationships there with my ex,” he explained.

Scheana, who experienced a miscarriage in 2020 before welcoming Summer, has said she and Brock have discussed having more kids, though it “will not happen anytime soon.” She explained that she’s at high risk, adding that they’ve considered everything from “unfreezing [her] eggs and turning them into embryos” to surrogacy or adoption. “[We’re] definitely open to expanding the family just not sure how or when,” she told E!.

As of late, Brock’s Instagram has documented his relationship with Scheana, as well as him becoming a father for the third time. The often shirtless trainer, who snowboards and rides a motorcycle, also shares plenty of fitness tips and motivational messages. “Do you want to know a secret? Life is bloody hard!” he captioned a Sept. 13 post. “You face challenges, road blocks, failures, rejections and criticism. As hard as it is… you wouldn’t appreciate the good stuff like ambition, drive, vision, dedication or success.”

More like this
10 Photos Of The Wildest Limo Arrivals From 'The Bachelor' Premiere
By Brad Witter
The Bachelor’s Christina Mandrell Comes From One Of Country Music’s Most Famous Families
By Brad Witter
Gemma Atkinson & Gorka Márquez Are Strictly The Sweetest Couple
By El Hunt
All The Clues Clint & Gina Aren’t Still Together After 'MAFS' Season 16
By Brad Witter
Get Even More From Bustle — Sign Up For The Newsletter
From hair trends to relationship advice, our daily newsletter has everything you need to sound like a person who’s on TikTok, even if you aren’t.