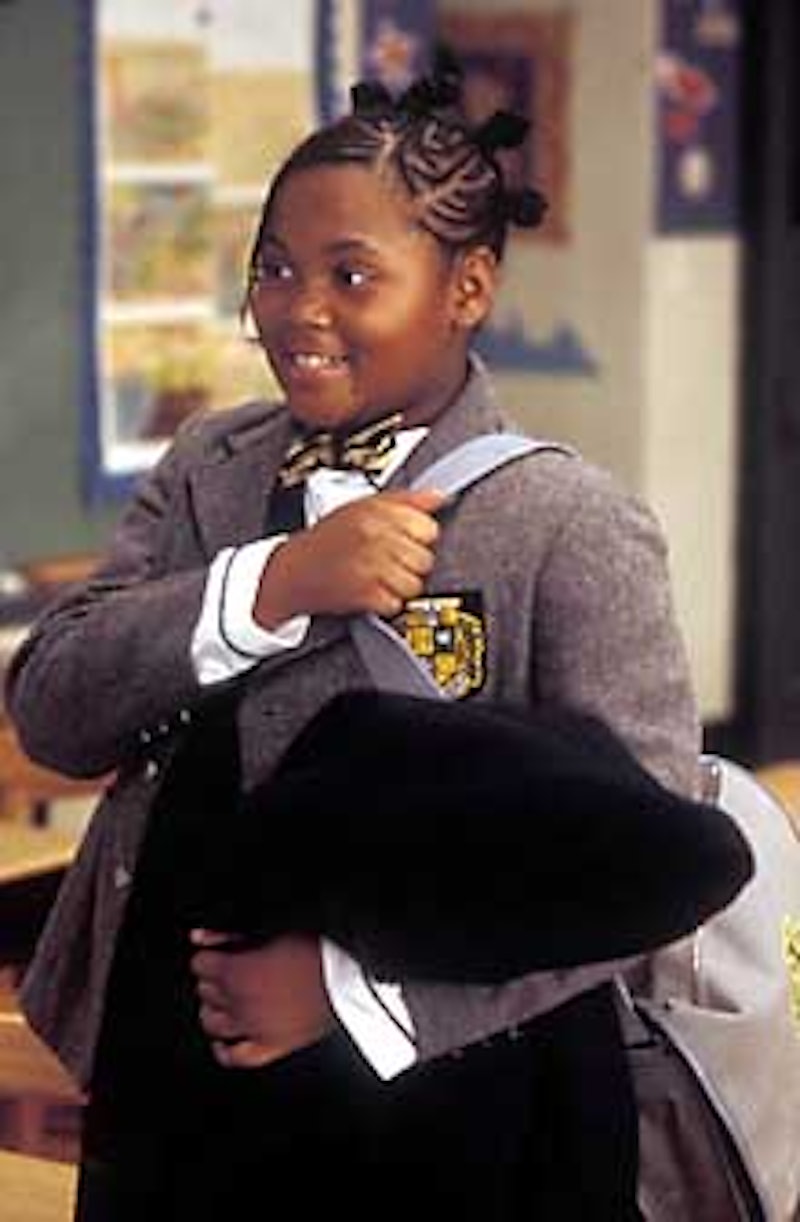 Any time is a great time to talk about School of Rock and how Dewey Finn (Jack Black) enlisted a crew of schoolchildren to help him live out his rockstar dreams as he impersonated his substitute teacher friend. As part of Vulture's "Role Call" series in which journalists speak to actors about film credits they probably forgot about, Maryam Hassan of "Nice pipes, Tomika!" fame revealed a behind-the-scenes secret about how she picked her character's name.

After sharing that she heard about the casting call when a family friend found a flyer in a bar, Hassan added that she had no clue Tomika would receive as much screentime as she did. "It didn’t hit me until a month or so into filming the extent of what I was doing," she said. "I knew what the movie was about, but not enough to initially realize, Oh, we’re the kids who will be part of Jack’s band." When journalist Devon Ivie asked about her first day on set, Hassan detailed how she approached the crew and asked them to pick a character name that resonated with her instead of their proposed name: Laurie.

"I was like, Uh, I’m not a Laurie. I was like, This doesn’t sound like me," she recalled. Continuing on, Hassan added that she proposed changing the name to Tomika because "it had a little more flavor to it. I don’t know Laurie. I know Tomika." Luckily, production approved of the 9-year-old's suggestion, and the rest is cinematic history... and television history and Broadway history.

"When it first came out, I was just happy to be involved and have the opportunity to sing in front of others. Thinking about the scope of it was never on my mind," she shared. It wasn’t until ten years after, at the [2013] reunion, when I realized the extent of how big of a deal it was."

Once School of Rock premiered, Hassan tried to build on that momentum and kept auditioning but ran into some "hiccups." She explained, "I was 10 years old at the time, but I was bigger in size and taller than the average kid that age. I looked more like I was 15." Feeling discouraged, but with her family's support, she pivoted to music and has since released a few songs. "I’m so thankful for School of Rock because it taught me a lot of things about music at a young age that I apply to my career now. It’s a full-circle moment."

More like this
The 'Scream 6' Trailer Shows Off Hayden Panettiere's Return & Ghostface In NYC
By Jack Irvin and Jake Viswanath
'Friends' Star Maggie Wheeler Offers Support To Matthew Perry After Reading His Memoir
By Alyssa Lapid
Anne Hathaway Shared A "Thrilling" 'Princess Diaries 3' Update
By Darshita Goyal
Jennifer Coolidge Recites “Jenny From The Block” Beside J.Lo In Her First TikTok
By Jake Viswanath
Get Even More From Bustle — Sign Up For The Newsletter
From hair trends to relationship advice, our daily newsletter has everything you need to sound like a person who’s on TikTok, even if you aren’t.