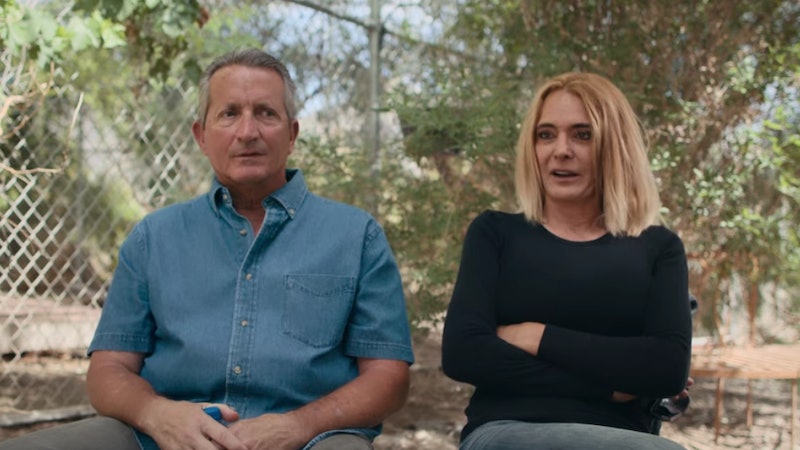 Introduced in Tiger King 2’s fourth episode, Zuzana Kokol and Scott Shoemaker had blunt assessments of Jeff Lowe. Appearing alongside her longtime partner in the Netflix docuseries, Kokol described the man who took over Joe Exotic’s G.W. Zoo as an opportunist who “goes after people who are in trouble.” The animal owner’s rights activist added, “He promises them probably heaven on earth, and then he f*cks them over without lubrication from behind with a wire brush.”

Explaining that Exotic “didn’t hurt anybody,” the tiger owner also questioned whether he really orchestrated the murder-for-hire plot against Carole Baskin for which he’s currently serving a 22-year sentence, or if Lowe set him up. “All of a sudden Jeff Lowe is in the picture and there are two hitmen. I mean, what is going on?” she said.

Kokol and Shoemaker, who are based near Las Vegas, further recounted finding out that Lowe had gone through a Nevada McDonald’s drive-thru with baby tigers that weren’t in transport cages. “It seems like he never did it correctly with exotic animals,” Kokol noted, stating that she’s an “Eastern European b*tch” who is “rarely wrong.” Shoemaker, for his part, said on the Netflix series that he doesn’t believe Lowe has ever gone to a state where he hasn’t gotten sued or arrested.

Aside from their connection to Lowe, the couple also co-founded REXANO (Responsible Exotic Animal Ownership), a non-profit organization that is “committed to protect the rights of animal owners,” and supports “responsible private ownership of exotic animals in any form, be it non commercial pet or sanctuary, as well as commercial breeder or exhibitor,” according to the organization’s website.

Born and raised in a former communist Czechoslovakia, Kukol, who is trained in business and economics, spent one year in a political refugee camp in Italy before arriving in the United States, where she is now a citizen. Kukol began horseback riding as a child in Eastern Europe, and has been adopting reptiles and dogs since the early 1980s and big cats — namely lions and tigers — since the mid-1990s, per REXANO’s website. Shoemaker is a former U.S. Army military intelligence officer and defense contractor who began working with exotic animals in 2004.

While opposing a proposed 2013 amendment to the Captive Wildlife Safety Act to ban private citizens from owning or breeding big cats — which actor Tippi Hedren had championed — the couple explained their stance on responsible private ownership of exotic animals. At the time, they’d spent seven years raising a lion named Bam Bam together, and also owned 13 other big cats, including a tiger and a cougar. “There are bad exotic owners out there just like there are bad cat and dog owners,” Shoemaker told The Orange County Register of how the bill would harm responsible big cat owners.

It doesn’t seem either of them would put Lowe in that category, though.