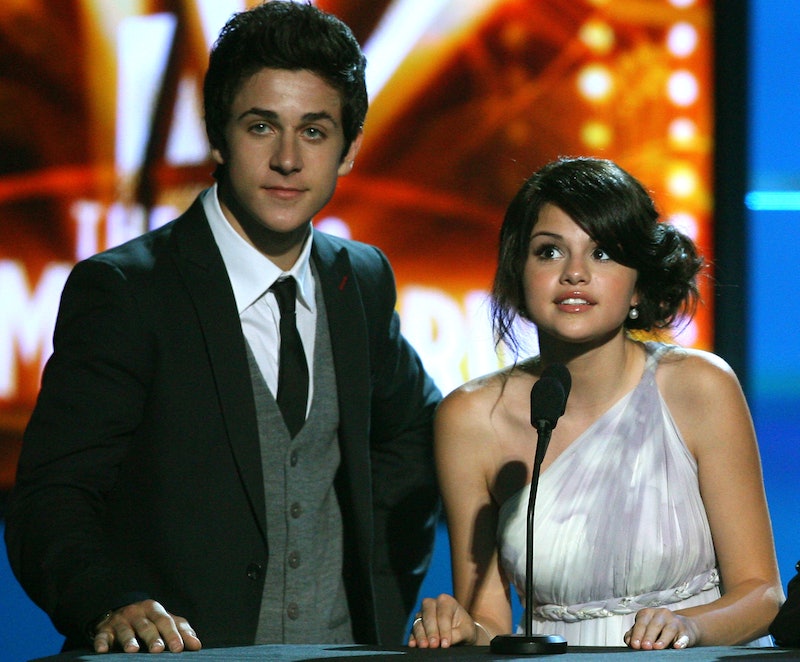 Only a few weeks after reuniting with other former costars, David Henrie teased a Wizards of Waverly Place reunion with Selena Gomez — and there's reason to believe TikTok stars Charli and Dixie D'Amelio might be involved as well. On Sunday, Henrie posted a video with Gomez on Instagram, showing the two posing on different sides of a grassy wall. The two stars did not reveal the purpose of the socially-distanced reunion right away, instead choosing to tease fans.

"Hmm," Henrie said in the clip, before panning over to Gomez, who appears to be deep in contemplation over what the reunion means as well. Gomez added the video to her own Instagram Story, as did former-costar Gregg Sulkin. Then, to add to the intrigue, Dixie D'Amelio posted a similar video on TikTok, where she can be seen driving with sister Charli D'Amelio. "Hmmm," the two said in the video, tagging Henrie in the caption. Henrie later shared the D'Amelio sisters' video on his Instagram story, writing, "What on earth could @charlidamelio @dixiedamelio @selenagomez and myself be up too..."

Wizards of Waverly Place premiered on Disney Channel in 2007, and starred Gomez, Henrie, and Jake T. Austin, as three wizard siblings who must master their powers, or forfeit them to work in the sub shop their parents owned. The final episode aired in 2012, and for many fans who grew up watching the show, a reboot feels long overdue.

Unfortunately, there's no reboot in the cards for now, but the duo has something else in store. On Monday, Henrie revealed what the former co-stars were really up to: they're co-hosting the premiere of their new movie, This Is The Year, which stars Sulkin and Henrie — who also co-wrote and directed the film — and was executive produced by Gomez. "With all the craziness going on in the world, a feel good movie is just what we need," Gomez teased in the official announcement video.

The digital premiere will take place on Aug. 28 at 4:30p.m. PT, hosted by the D'Amelio sisters, with a special cast Q&A after the film. And, even though the movie will be the main topic of discussion, hopefully the stars will indulge fans in a little Wizards reunion fun, too.