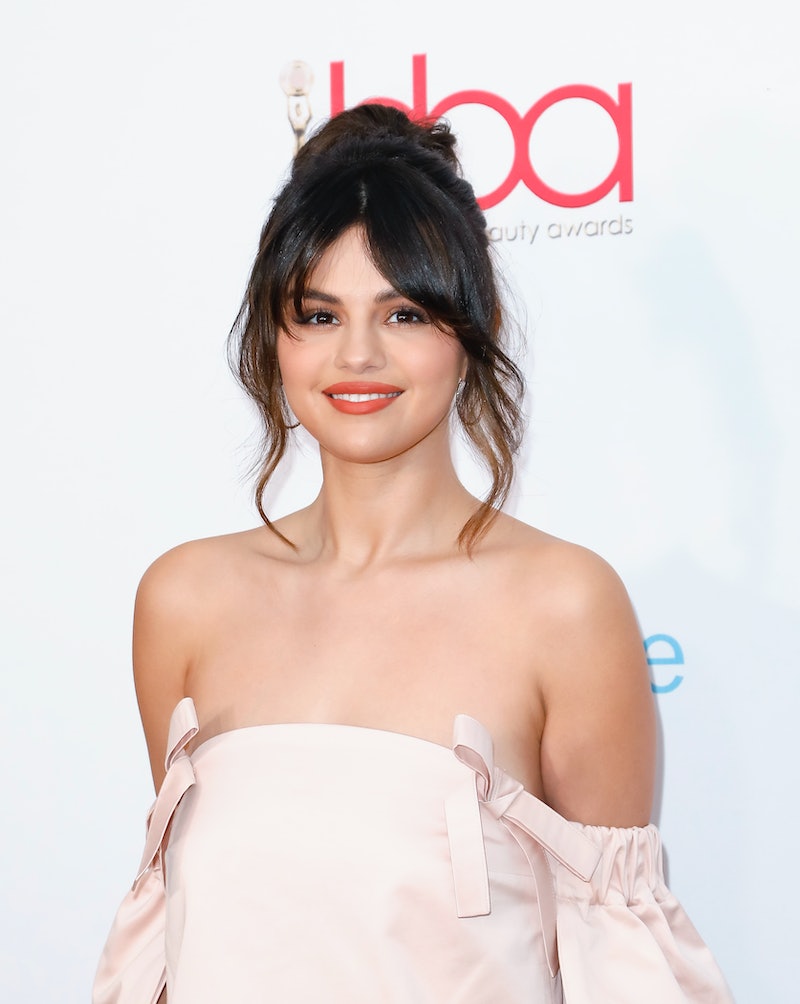 After being slightly less active on social media, Selena Gomez is back, and she's got exciting news for fans. In a July 29 Instagram video, Selena Gomez teased upcoming projects she's getting ready to share. Not only did she discuss her lack of social media posts recently, but she also hinted at "so many exciting things" coming up in the near future.

"I just wanted to let you know that I love you guys and I miss you and there's so many exciting things coming up that I can't wait to share with all of you," Gomez said in her IGTV. As for what exactly these "exciting things" are remains unclear. The last time she released new music was when she dropped her third studio album, Rare, on Jan. 10. But, she previously announced projects that fans have been looking forward to for some time.

In February, Gomez revealed she would be launching her Rare Beauty brand this summer. In an April chat with Amy Schumer for Interview Magazine, Gomez even revealed her beauty collection will feature 48 shades of foundation. "I wanted to start a conversation about how can you make yourself feel great. It’s not necessarily about needing these things to make yourself feel beautiful," she told Schumer. "People of my generation have all this pressure to look a certain way, and I wanted to make a line that took away a bit of that pressure." She further stressed that she wanted fans to feel comfortable using the products, adding, "I use real people in the campaigns. I have 48 shades of foundation and concealer. It’s all very clean and easy. I wanted people to feel safe."

Plus, Gomez also has her own quarantine cooking show that's slated to debut on HBO Max this summer. As reported by Deadline, the untitled show was given a 10-episode straight-to-series order. It will not only star Gomez, but she also serves as an executive producer. The series will see various master chefs join Gomez remotely as they cook and share tips, with each episode will also focus on a food-related charity. "I think I’ve been asked hundreds of times in interviews if I had another career, what would I do and I’ve answered that it would be fun to be a chef," Gomez said in a statement when her cooking show was announced.

Even though she hasn't been as active on social media, which Gomez explained was due to the current environment, noting, "it felt a little insensitive" to post things that were "joyful," she's looking forward to sharing what she's been working on with her fans.

More like this
4 Surprising Celeb Throuples That Got The Internet Talking
By Sophie McEvoy
You’ll Definitely Recognise Isadóra Bjarkardóttir Barney’s Mum
By Maxine Harrison
Jay-Z Is Performing At The Grammys, Meaning Beyoncé Might Actually Show Up
By Jake Viswanath
Adele Is Attending The 2023 Grammys, Thank You Very Much
By Jake Viswanath
Get Even More From Bustle — Sign Up For The Newsletter
From hair trends to relationship advice, our daily newsletter has everything you need to sound like a person who’s on TikTok, even if you aren’t.