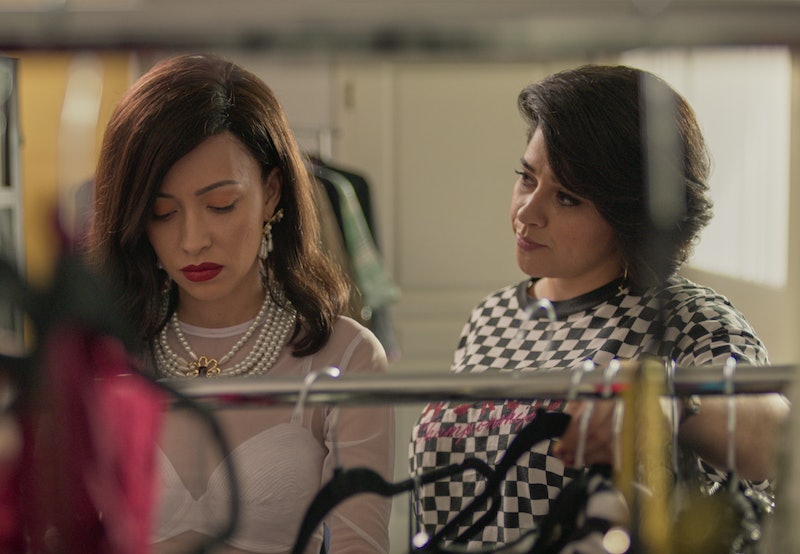 Selena Quintanilla was much more than a singer; she was also a businesswoman with her own clothing line and a chain of boutiques, as portrayed in Part 2 of Selena: The Series. According to the Houston Chronicle, the Selena Etc. stores sold Selena memorabilia and clothes, some of which were designed by Selena herself. The boutiques also offered salon services, making them a one-stop shop for fans looking to replicate their icon’s style.

Per Texas Monthly, Selena opened both of her Texas stores (one in her hometown of Corpus Christi and one in San Antonio) in 1994, after she won a Grammy for Best Mexican-American Album and her career exploded. Yolanda Saldivar, the founder of Selena’s official fan club, later began running the boutiques. But after she allegedly stole money from the businesses and was fired in 1995, things took a fatal turn. When Selena went to Saldivar to try to retrieve financial records on March 31, 1995, Saldivar fatally shot a then-23-year-old Selena. (Saldivar claimed it was an accidental shooting; she is currently serving a life sentence for the crime with the possibility of parole in 2025.)

Both boutiques stayed open for a while after Selena’s death. Per the Chronicle, her father Abraham Quintanilla Jr. wanted to keep them running in order to honor his daughter’s memory. The San Antonio store eventually closed in 1999, while the Corpus Christi store ran for another decade. According to the Chronicle, the store closed in 2009 due to the poor economy as well as Abraham’s desire to focus his efforts more on keeping Selena’s legacy alive through her music.

These days, fans can still buy Selena merch from her official store, which is run by the family’s company Q Productions. However, the clothing is all branded with photos of the singer or her name, while the clothing sold in her boutiques were everyday items that Selena helped design or approve. Some of the original Selena Etc. merchandise is now for sale on the secondary market, with prices ranging from a few hundred dollars to a few thousand. Etsy has listings for a beige silk jacket and skirt set that goes for $500 as well as a lime green suit that costs nearly $5,000.

According to Texas Monthly, Selena was hoping to expand her boutique business with a store in Monterrey, Mexico before her death. Had she not been killed, her career likely would have continued to skyrocket. Perhaps one day her fashion brand would have been just as big as other celebrity singer’s lines like Victoria Beckham’s or Jessica Simpson’s. Sadly, Selena never got a chance to realize those dreams, but for the few years that Selena Etc. was open, it kept her legacy alive and showed off another side of her immense talent.

More like this
Twitter Is Having A Meltdown Over Buying Beyoncé Renaissance Tour Tickets
By Jake Viswanath
Beyoncé Just Announced Tour Dates: Here's How To Cuff Tickets To Her 2023 Shows
By Jake Viswanath
All The Best Celebrity Reactions At The 2023 Grammys
By Brad Witter
The Beyhive Is Mad At Harry Styles After Beyoncé’s Album Of The Year Snub
By Jake Viswanath
Get Even More From Bustle — Sign Up For The Newsletter
From hair trends to relationship advice, our daily newsletter has everything you need to sound like a person who’s on TikTok, even if you aren’t.