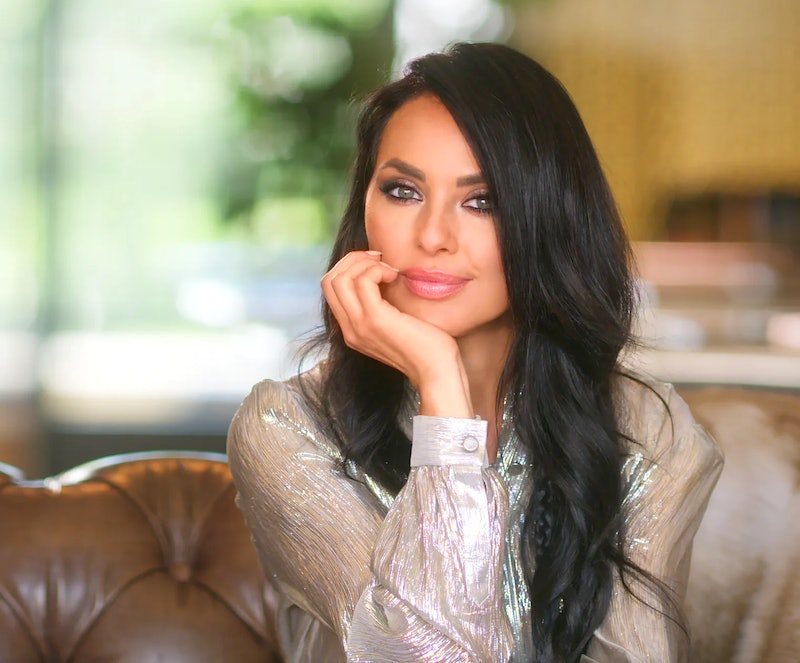 You won’t need to wait much longer for Selling Sunset Season 4. The buzzy, beloved reality show is coming back to Netflix Nov. 24, making it the perfect pick for pre-gaming your Thanksgiving weekend. Along with the cast you’ve come to know and love, two new agents will join the Oppenheim Group this time around, Emma Hernan and Vanessa Villela.

From her introduction in the trailer, Vanessa seems ready to handle any drama that might come her way, which it almost assuredly will. “I’m so excited and blessed to be surrounded by successful realtors,” she says. “I have had a lot of experiences where I’ve worked with women who are competitive and mean. I know how to deal with that.” Though you’ll be meeting Emma in no time, let’s discuss who Vanessa is and all that she’s accomplished before Selling Sunset Season 4.

Much like Chrishell Stause before her, Vanessa got her start as an actor before entering the world of real estate. She hails from Mexico and has worked on telenovelas like El Cuerpo del Deseo, Una Maid en Manhattan, and El Señor de los Cielos. According to Netflix, Vanessa embarked upon a “very personal, spiritual, and emotional journey” to translate her stardom to success on the Los Angeles real estate scene — but she still wears many hats, from designing her own swimwear line with Lascivious Swim to working with Santa Monica’s Naam Yoga, per her Oppenheim website bio.

An October Instagram post revealed that Vanessa had been working at The Oppenheim Group since April, and she seems to have plenty of praise for her new co-workers. “I can’t begin to tell you how proud I am to be a part of this family,” she wrote. “I love and respect all the members of the team.”

Among posts showing off her fashion sense and love of the outdoors, Vanessa’s Instagram includes moments of reflection and gratitude toward her fans. In an October post, Vanessa expressed her desire to “represent the Latin community” via her new position on Selling Sunset. “For all my fans who have followed my entire career from my days in Mexico, I thank you for being on this journey with me,” she wrote.

Basically, by all accounts, it looks like Vanessa’s welcome to The Oppenheim Group has been a pretty warm one. So where’s the drama? The trailer doesn’t give away much, but it does tease a tense conversation between Vanessa and Mary Fitzgerald. “Stop talking,” Mary tells Vanessa, who seems intent on having a conversation. “Now. Stop.” At another point in the trailer, Vanessa leaves us with an ominous nugget of her own: “In the end, the truth will always come out.” Cue Miley Cyrus screaming, “What does it mean?!”

Fortunately, with Season 4 of Selling Sunset premiering in a matter of weeks, it will all make sense soon. In the meantime, it looks like whatever drama Vanessa and co. get into will, eventually, settle down. If the Selling Sunset newcomer’s Instagram comments are any indication, her peers are happy to have her around. “Yessss mamma!!!” Christine Quinn commented on one of Vanessa’s recent posts. “Obsessed!” wrote Mary on one of her telenovela glamor shots.