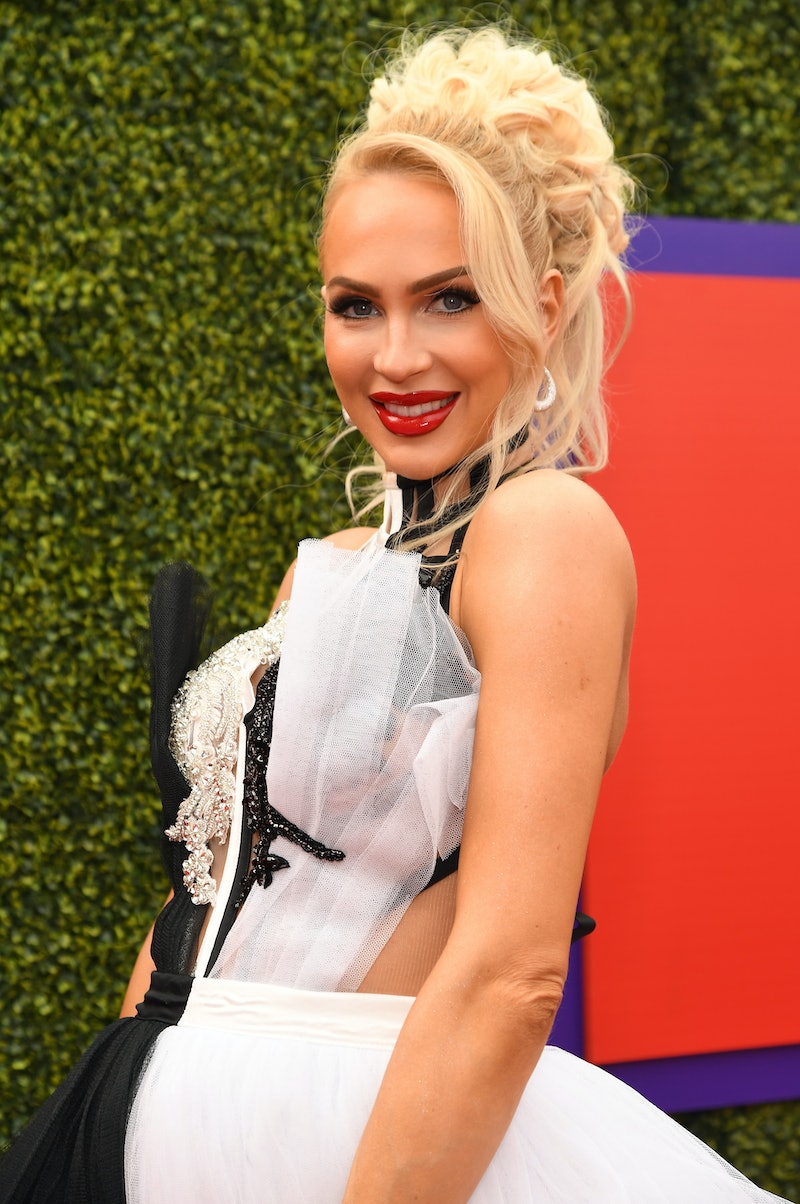 Selling Sunset star Christine Quinn announced that her baby, Christian Georges Dumonte was born on May 15, 2021. The reality TV queen and real estate expert told People that the birth only lasted 22 minutes and that her bundle of joy “was born with good taste” as she’s got an entire closet of designer goodies ready for him. She’s started him on the glam life early as Quinn has released the first pictures of her new baby and he’s already dripping in diamonds.

Quinn appeared on E! News’ Daily Pop on May 25 and shared some pictures of her son. The professional shots show him dressed in all black with a diamond encrusted Louis Vuitton chain around his neck. “He's iced out,” she said, “He's got a little bit of bling on. I just thought it was so cute, I had to do it.”

Quinn announced she was pregnant with husband, Christian Richard, in February 2021. She went into labour two weeks early and told People, “Baby C was born via emergency c-section performed by Dr. Steve A. Rad. He was incredible under the pressure and complexity of the situation. Baby C was very eager to make his appearance in this world and in dramatic fashion — he got that from his mommy.”

Baby Christian definitely served a strong look in his first pictures and will fit right in with the Selling Sunset cast. Quinn told E! News’ Daily Pop that she’s faced some criticism for doing interviews so soon after her birth but she’s taking everything in her stride. She said the best part of new parenthood is “just being responsible for this human that you made. It's something about this instinctual bond...It's just this love that I never, ever felt before. I have a whole new level of love. I didn't know that was possible."

More like this
Paris Hilton Just Shared The First Photo Of Her Baby
By Sam Ramsden
Spencer Matthews’ Impressive Net Worth Expands Far Beyond Chelsea
By Sam Ramsden
Joey Essex Is Rumoured To Be Dating A 'Love Island' Favourite
By Sam Ramsden
'Love Island' Has Added Yet Another Bombshell To The Villa
By Bustle UK
Get The Very Best Of Bustle/UK
Sign up for Bustle UK's twice-weekly newsletter, featuring the latest must-watch TV, moving personal stories, and expert advice on the hottest viral buys.