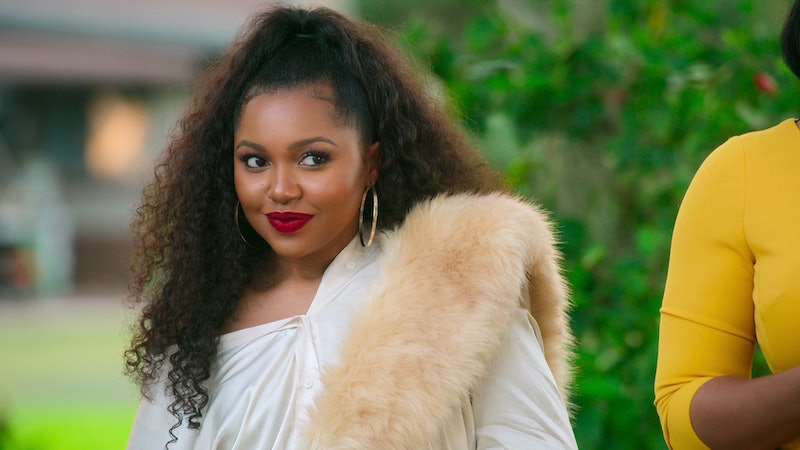 Anne-Sophie Petit-Frere is one of Allure Realty’s top agents — at least, according to her co-worker Colony Reeves. “Me and you can’t carry this whole brokerage, Anne,” Colony tells Anne-Sophie in the trailer for Netflix’s Selling Sunset spinoff Selling Tampa. “We’re out here hustling.”

This seems to cause friction between Anne-Sophie and Sharelle Rosado, the owner of Allure Realty, in Season 1 of the reality series. “All of this loyalty to Sharelle. What about loyalty to me?” Anne-Sophie asks in the trailer. Later, she meets with Colony and Rena Upshaw-Frazier, who tells them she’s considering opening a brokerage firm of her own — and taking Allure’s top agents with her.

Here’s everything else to know about Anne-Sophie before the drama plays out.

Anne-Sophie Was Born Outside Of The U.S.

Per Voyage Tampa, Anne-Sophie moved to America from Haiti in 2005. Though she didn’t speak much English at the time, she quickly picked it up and passed her ESL courses. She went on to graduate at the top of her high school class and attend the University of South Florida, where she earned a bachelor’s degree in accounting. She planned to get a CPA license and become a full-fledged accountant, but learned about real estate her senior year of college when she got an entry level accounting position in a real estate property management firm.

Anne-Sophie graduated college in 2016 and was then promoted to a property accountant position. “[Then I] went on to work at a real estate investment trust firm. While working there, several real estate broker checks came across my desk for payout and after seeing enough of them…let’s just say I got my real estate license,” she explained with a laugh.

Anne-Sophie’s Instagram page makes clear that she knows her worth and what she brings to the table. “The biggest mistake you can make is to underestimate me …I’m not done,” she captioned a a Nov. 29 photo of her in a white suit for Selling Tampa. In another post, she wrote, “Cheers to making it to the list of top 5% of realtors nationally for the first half 2021. Contact me today if you are ready to work with one of the best in the area!”

In an Aug. 7 post, Anne-Sophia explained that that she set a goal for herself to sell 14 houses in 2019, which she did. Now, she’s on track to make three times as much as she did back then. By July, she had already hit Allure Realty’s 2021 “cap” — as in, she reached a certain goal amount, either in commission or transaction, for the year.

Anne-Sophie Appears To Be Single

Based on Anne-Sophie’s Instagram, it doesn’t seem like she’s currently dating anyone. (Though her last name is hyphenated, she doesn’t wear a ring.) For now, it appears that she’s focused on self-love. In a June 12 Instagram post, Anne-Sophie simply wrote that she is “absolutely falling in love with the woman I am and am becoming.”

More like this
Everything To Know About A Potential 'Love On The Spectrum U.S.' Season 2
By Gretchen Smail
There's One Big Reason Bru & Alyssa Aren't Dating After 'The Circle'
By Gretchen Smail
Everything We Know About Chèrie & Jessey’s Abrupt Exit From Bling Empire
By Alyssa Lapid
G Flip Shared How They Got Romantic With Chrishell Stause & Discussed Babies
By Brad Witter
Get Even More From Bustle — Sign Up For The Newsletter