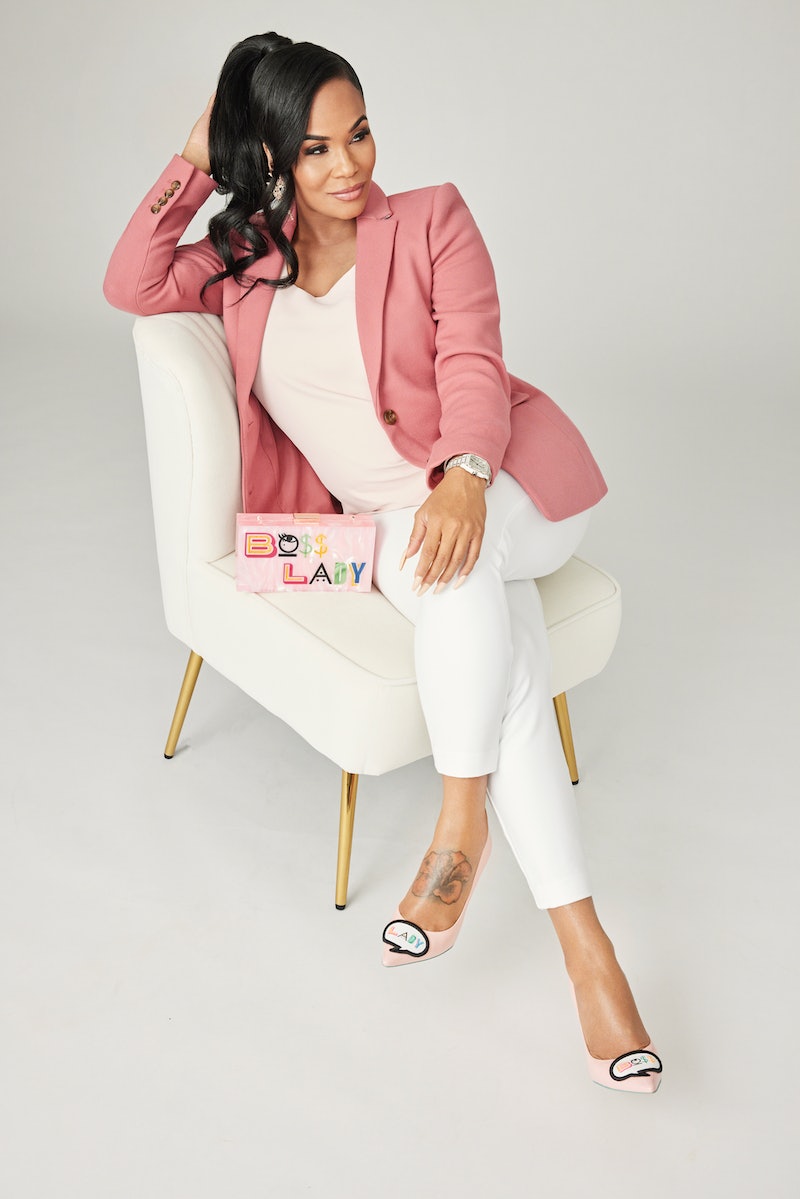 When it came to getting her own reality show, Selling Tampa star Sharelle Rosado took an enterprising approach. Though a producer had expressed interest in featuring her luxury real estate company, Allure Realty, on TV, she didn’t like how they planned to portray her and the women on her staff. So she took matters into her own hands and began googling the team behind one of her favorite series: Netflix’s Selling Sunset. She then followed creator Adam DiVello on Instagram and Facebook and began liking his photos. The next day, his team reached out to her.

The resulting show is similar in plot to Selling Sunset, following a group of real estate agents making deals and mitigating drama in Tampa, Florida. But that’s where the similarities end. “Even though we have the same producers, I feel like we’re [a] totally different [show],” Sharelle tells Bustle of the Netflix series, which is led by a cast of Black women. “We’re minority women showing that we get into that luxury just as well as anyone else. It’s hard for us to get into that luxury market, so we’re showing the world that it can be done.”

Like its predecessor, Selling Tampa features beautiful homes and plenty of interpersonal conflict. But even though Sharelle says she and the other women can “get a little rowdy” at times, they know how to reign it in without resorting to “catty” behavior. “We’re grown, professional women, and we have kids that look up to us as role models,” Sharelle adds. “So we have to bring ourselves back. At the end of the day, we’re still a family and we get the job done.”

Here’s everything else to know about the self-described “boss ass b*tch” ahead of Selling Tampa’s premiere on Dec. 15.

A former paratrooper, Sharelle enlisted in the United States Army in March 2007 and retired almost 13 years later as a Sergeant First Class. Having soldiers under her command definitely informed her leadership style at Allure. Though you “don’t want to put your agents in a hostile environment,” she explains, “you still have to show [them] who’s boss” and earn their respect.

However, serving in the army had its difficult moments for Sharelle, too, and she shares that she was a victim of sexual assault and harassment. “It’s very tough, and it’s not talked about a lot in the military,” she says of the way she was treated. “You have the ‘good old boys’ system that you go through. My biggest fear was ... how I would retaliate if it was to happen again. So the best decision for me at that time was to transition out because I didn’t want to ruin my career”

Sharelle is also open about her experience with post-traumatic stress disorder (PTSD) after witnessing deaths during her two deployments to Afghanistan. “If you keep it locked in, it’s like a soda: You keep on shaking it up and eventually it’s going to explode,” she says. “I’m big on going to see my therapist, talking about it, and just going from there and growing from it.”

Sharelle worked as a real estate agent for the firm RE/MAX before founding Allure Realty in 2019. Though Allure predominantly staffs women of color, that wasn’t necessarily Sharelle’s aim at the beginning. “I didn’t have a plan like, ‘OK, I’m about to recruit these go-getter women,’” Sharelle explains. “But then after I started recruiting, I was like, ‘Damn, I’ve got a powerhouse. These women are powerful. We’re a triple threat: We’re Black, we’re beautiful, and we’re about our business.”

Selling Tampa stars Colony Reeves and Rena Frazier were the first people she hired. “Rena and I actually were friends. We were neighbors that lived right across the street from each other, went on vacations together, so I talked her into getting her [real estate] license,” Sharelle says. She later brought on Selling Tampa stars Anne-Sophie Petit-Frere, Juawana Colbert, Tennille Moore, Karla Giorgio, and Alexis Williams and now staffs 26 agents in total.

Since filming, Sharelle has opened another Allure Realty office in Miami and has plans to expand to Charlotte, North Carolina.

Sharelle explains on Selling Tampa that she met her fiancé, retired NFL player Chad “Ochocinco” Johnson, after sliding into his DMS. When filming for Season 1 began, they’d been dating on and off for two years, but had “officially” been together for about nine months. In August, Sharelle announced that they were expecting a daughter together — her fourth child and Johnson’s eighth. “It was definitely unexpected, a big shocker,” Sharelle say of finding out she was pregnant on camera.

Chad only appears on Selling Tampa when Sharelle tells him she’s pregnant over FaceTime, and she says it was important to her to keep their relationship private. “When you bring on someone who is already in the limelight onto your show, I wanted the world to know that, as women, you can have your own [thing] as well,” Sharelle explains. “Chad respected that this is my show. ... If we get a Season 2, you’ll eventually see more of Chad. But right now it’s about me and my brokerage, not about Chad and me.”

In addition to announcing her pregnancy to her staff in Selling Tampa Season 1, Sharelle also shared the news on camera with her son, Denim, 6, and teen daughter, Ariana. She says that Denim is especially excited to meet his new sister and has been rubbing and kissing her belly in addition to playing music “so the baby can hear.” Meanwhile, Ariana has started buying matching clothes for her and the baby. “I’m like, ‘Where are you getting this money from?’ She has my card saved to her phone,” Sharelle laughs.

Sharelle’s Instagram Shows More Of Her Relationship With Chad

Sharelle may have wanted to keep her relationship with Chad separate from Selling Tampa, but he appears frequently on her Instagram page. In March, for example, she posted photos from a trip to Jamaica they took together, as well as pictures from a paintball gun range where they celebrated Valentine’s Day a month earlier. “There are not enough days in forever to allow me to fully express the depth of my love for you,” Sharelle captioned a January post.

The reality star’s Instagram otherwise puts an emphasis on her business — along with her fashion sense. But what she wants people to know about her most can’t be conveyed on social media. She says she’s “not the type of person who would make it to the top and forget about people” and that she loves to help others succeed. “No matter what you go through in life, never give up,” Sharelle concludes. “I have been through a lot of things in life, but I use that as my rebound, and I continue to strive for the best.”