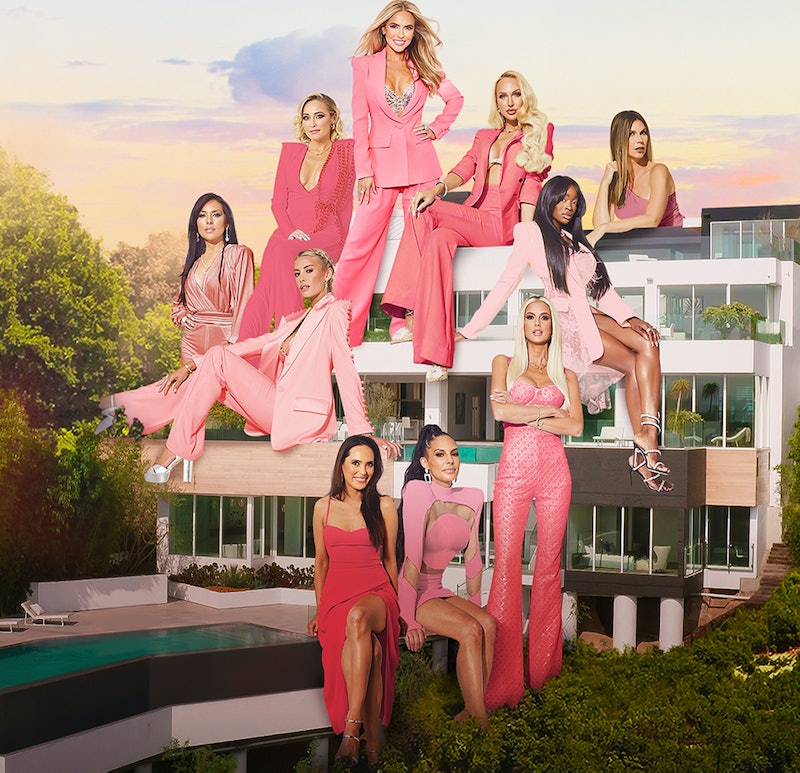 From the moment Netflix released Selling Sunset in 2019, the show about high-end real estate agents became one of the streaming platform’s most beloved reality series ever. With millions of fans around the world, the fourth season’s release in November 2021 was an instant hit, and Netflix is already working on spinoffs. Selling Sunset has been renewed through Season 7, and countless viewers can’t wait to watch Season 5 when it premieres on April 22, 2022.

Selling Sunset has made all of its stars quite a bit of money, but most of them were already doing well before the cameras started rolling, as real estate can be a very lucrative business.

What Is Brett And Jason Oppenheim’s Net Worth?

Jason Oppenheim joined his great-great-grandfather’s Stern Realty Co. (originally founded in 1889) and rebranded it as the Oppenheim Group, following in his family’s footsteps. It quickly became one of the most successful firms in the country, catering to celebrities and wealthy clients. His twin brother, Brett Oppenheim, later joined him, and the two are now the faces of the brand, which has made them very wealthy. Both siblings claim a net worth of at least $50 million, according Celebrity Net Worth and the South China Morning Post. Looking at the price tags of the homes they sell to their clients, it’s easy to understand that there’s a lot of money in their world. They are by far the richest members of the cast.

What Is Chrishell Stause’s Net Worth?

When Chrishell Stause joined the Selling Sunset group, she was married to TV star Justin Hartley of This Is Us fame. That connection helped her stand out from the other realtors, and it also ensured she was living large even before she began making commissions. Her net worth is $5 million, per Celebrity Net Worth, and in addition to real estate, she also made money on the side writing a book called Under Construction. During the run of the program, she got divorced, but she is set to collect some healthy alimony for at least a few years, making her even richer. For several months, Stause was dating her boss, Jason Oppenheim, though they split at the end of 2021.

What Is Vanessa Villela’s Net Worth?

Vanessa Villela started her career as an actor in her home country of Mexico, and she secured starring roles in TV programs like Eva Luna, Una Maid en Manhattan, En otra piel, and El Señor de los Cielos, to name just a few. In 2021, she joined the cast of Selling Sunset, as she had officially made the jump from acting to real estate. At a reported $5 million, her net worth is higher than some of her co-stars, possibly because she made money for years in entertainment before starting this new chapter.

What Is Heather Rae El Moussa’s Net Worth?

After spending years appearing in Playboy and smaller films, Heather Rae El Moussa got her real estate license and put acting on the back burner. Now, she’s found success in the buying and selling of homes, and her new calling also helped her find love. In October 2021, Young married Tarek El Moussa, who co-hosted the HGTV show Flip or Flop with his ex-wife, Christina Haack. El Moussa now claims a net worth of $3 million, according to The Things.

What Is Emma Hernan’s Net Worth?

By the time she joined Selling Sunset in Season 4, Emma Hernan was already a successful real estate agent. She built her own company in the industry after deciding not to pursue modeling anymore, so she came into the Oppenheim Group with plenty of experience. In addition to selling homes, Hernan also operates a frozen seafood line called Emma Leigh & Co.

While her time on the program has largely been marked by feuds and disagreements with fellow star Christine Quinn, Hernan is still pulling in big bucks, and she is reportedly worth somewhere between $1.5 million and $3 million.

What Is Davina Potratz’s Net Worth?

In the first season of Selling Sunset, Davina Potratz wasn’t credited as a main cast member, but she quickly moved up and became a full-time agent. Interestingly, the Netflix program wasn’t even the first time she was featured on a real estate-themed reality show, as she had previously been seen on Million Dollar Listing. The professional left the Oppenheim Group, but her exit wasn’t entirely permanent. Regardless of the changes, she’s reportedly built her net worth up to $2 million.

What Is Christine Quinn’s Net Worth?

Known affectionately as the villain of Selling Sunset, Christine Quinn is one of the most popular figures on the reality staple. The potential future cast member of The Real Housewives of Beverly Hills is worth $1.5 million, according to Celebrity Net Worth, thanks to her success in the real estate industry. Combined with husband Christian Richard (real last name: Dumontet), her wealth skyrocketed when they tied the knot in Season 3, as the former Foodler CEO is worth as much as $20 million. Quinn has also started making money by capitalizing on her fame, including a deal with Shoedazzle, a company that sells her used clothing, and a book titled How to be a Boss Bitch coming in May 2022.

What Is Amanza Smith’s Net Worth?

Before Selling Sunset, Amanza Smith was a successful interior decorator, so the leap into real estate wasn’t a big one. In addition to working for the Oppenheim Group, her bank account is supported by child support payments and perhaps even alimony from football player ex-husband Ralph Brown, with whom she has two children. Smith’s net worth is around $1 million, per The Things.

What Is Mary Fitzgerald’s Net Worth?

Jason Oppenheim seems to have a habit of dating those he employs. In addition to his short relationship with Stause, he still sees former girlfriend Mary Fitzgerald every day, as she’s also employed by her former beau. The mother of one is now married to French chef and model Romain Bonnet, who appears regularly on Selling Sunset and who has a reported net worth of at least half a million dollars. She herself is estimated to be worth $1 million.

What Is Maya Vander’s Net Worth?

The private Maya Vander isn’t known for being quite as controversial as some of her co-stars, but she’s been on Selling Sunset throughout its run. She also works in real estate in Florida for her own Maya Vander Group, but it doesn’t appear to get in the way of her selling and buying homes for famous clients in California. She and her family claim a net worth of at least $1 million.

What Is Chelsea Lazkani’s Net Worth?

Season 5 is bringing a newcomer to the Oppenheim Group: British Nigerian luxury realtor Chelsea Lazkani. Her career started in the corporate world before she transitioned to real estate, per People, and her background includes a stint at the LA-based agency Rodeo Realty. After taking time away to raise her two children, she’s ready to return. Lazkani will be selling multimillion-dollar mansions, but as of now, her net worth is not yet known.

More like this
Brittany Snow Files For Divorce From Tyler Stanaland After 'Selling The OC' Drama
By Grace Wehniainen and Radhika Menon
Deb & Stephen Hung’s Net Worth Affords Them The Title “World’s Biggest Spenders”
By Radhika Menon
Andy Cohen Apologized To Larsa Pippen After A 'RHOM' Season 5 Reunion Dust-Up
By Brad Witter
'Bachelorette' Vet Clare Crawley Unveiled 2 Special Wedding Day Accessories
By Stephanie Topacio Long
Get Even More From Bustle — Sign Up For The Newsletter
From hair trends to relationship advice, our daily newsletter has everything you need to sound like a person who’s on TikTok, even if you aren’t.