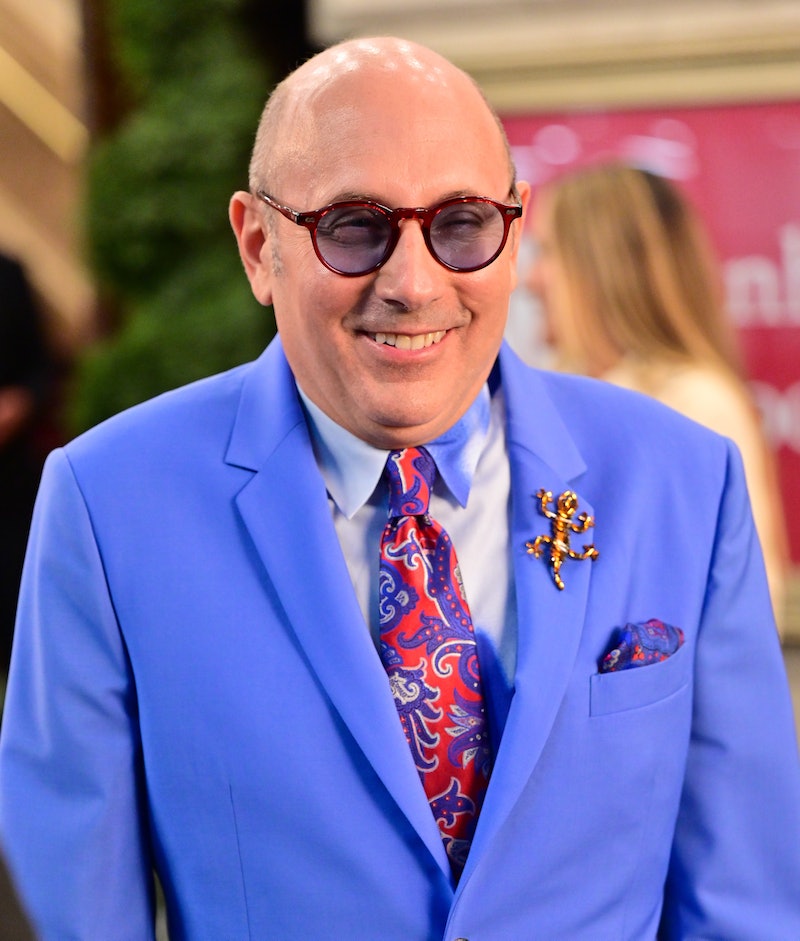 On the evening of Sept. 21, actor Willie Garson died following a battle with cancer, his manager John Carrabino confirmed to Deadline. Garson is best known for his portrayal of Stanford Blatch on Sex and the City, the close friend and confidant of Carrie Bradshaw (Sarah Jessica Parker), and was scheduled to appear in the Sex and the City reboot. In the wake of his passing, Garson’s peers are paying tribute to his life and work.

Seinfeld star Jason Alexander was one of the first to send his condolences, regarding Garson as “a dear, funny, kind man and a delightful actor.” Similarly, Modern Family star Julie Bowen tweeted, “A friend who loved me at my worst, (and always let me know it) is gone.” Psych actor Dulé Hill took to Twitter to voice his remembrance of Garson, stating, “This is heartbreaking. Love you [Willie Garson]. You will be sorely missed.”

Not long after the news broke, Garson’s SATC co-star Cynthia Nixon expressed her heartbreak on social media. “So deeply, deeply sad we have lost @WillieGarson,” she began. “We all loved him and adored working with him. He was endlessly funny on-screen and in real life. He was a source of light, friendship and show business lore. He was a consummate professional— always.”

Chris Noth, who will be reprising his role as Mr. Big in the reboot, also paid tribute to Garson by sharing a photo of the actor walking and laughing alongside Parker while filming. “Willie,” he captioned the post with two heart emojis. Kim Cattrall, who formerly played the role of Samantha, also took to social media to share her thoughts. “Such sad news and a terribly sad loss to the SATC family,” she tweeted. “Our condolences and RIP dear Willie xo.”

Mario Cantone, who played Stanford's love interest Anthony in the series, shared a photo of him and Garson on Twitter. “I couldn’t have had a more brilliant TV partner,” he wrote. “I’m devastated and just overwhelmed with Sadness. Taken away from all of us way soon. You were a gift from the gods. Rest my sweet friend. I love you.”

Perhaps the most touching tribute following Garson’s passing comes from his son, Nathen Garson. The 20-year-old said of his father, “Rest In Peace and I’m so glad you got to share all your adventures with me and were able to accomplish so much. I’m so proud of you. I will always love you, but I think it’s time for you to go on an adventure of your own. You’ll always be with me.”

Though Garson is best remembered for his performance on Sex and the City, as well as his warmly received turns on shows like Boy Meets World and White Collar, the outpouring in the wake of his passing proves his influence goes beyond any screen.

More like this
You’ll Most Definitely Recognise Kyle Pryor’s Soap Star Girlfriend
By Sophie McEvoy
'Cheers' Stars Pay Tribute To Kirstie Alley After Her Death To Cancer At 71
By Jake Viswanath
Is Blake Lively Or Penn Badgley The Richest 'Gossip Girl' Star From The OG Series?
By Hugh McIntyre
Richard Madden's Dating History Reportedly Includes This Model & A 'Doctor Who' Star
By Radhika Menon
Get Even More From Bustle — Sign Up For The Newsletter