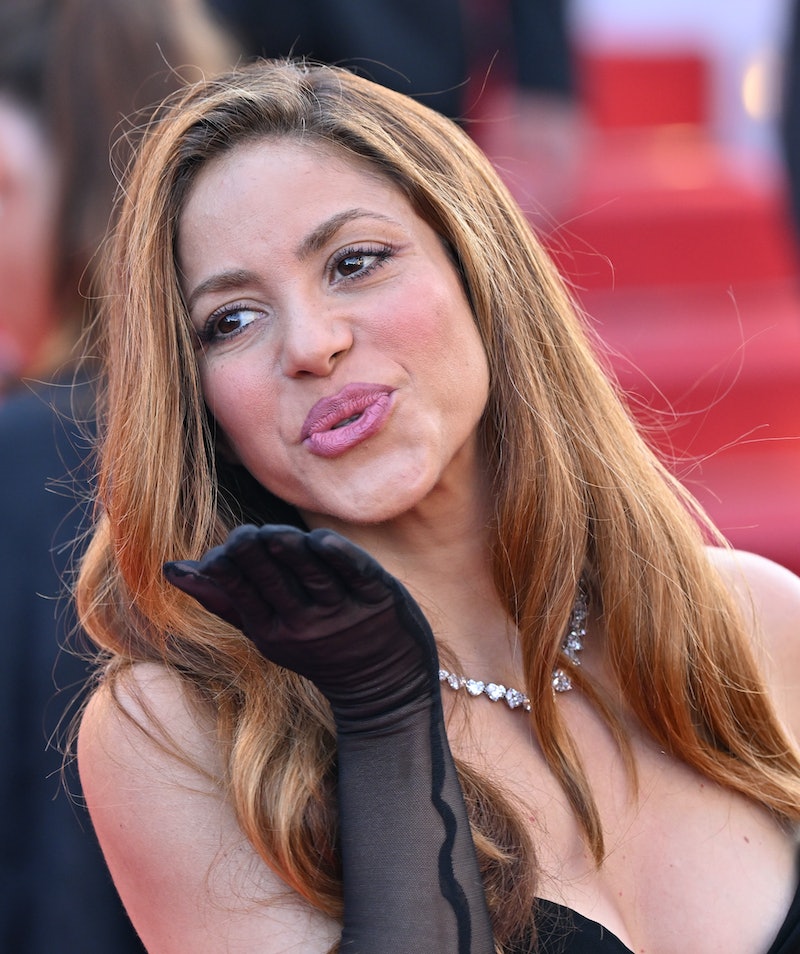 When Shakira and Gerard Piqué announced their breakup after 11 years together in June, their joint statement was pretty run-of-the-mill. The singer and the former pro soccer star expressed their “regret” in announcing the split, emphasized their commitment to their two sons, and asked for privacy. Even then, though, there were already hints that there might be acrimony brewing.

With her newest Spanish-language song, “BZRP Music Sessions, Vol. 53,” released on Wednesday, Jan. 11, Shakira put those feelings out in the open. The three-time Grammy winner turned up the shade with references to Piqué, his alleged cheating, and his 23-year-old girlfriend, Clara Chía Martí, whom he went public with not long after their split. Not only did she work the names “Piqué” and “Clara” into her lyrics through clever (and ruthless) wordplay, she sang about being worth two 22-year-olds and mocked him for spending too much time at the gym and not enough on his brain.

Within a day of its release, the track was already breaking records. Understandably, Shakira relished it. She celebrated the breakup song’s ascension to the top spot on Spotify’s Global Top 50 on Jan. 13, writing on Instagram, “This looks pretty incredible!!” After thanking her collaborator, Bizarrap, and others, she added, “And here’s to all the women teaching me how to make sweet lemonade when life gives you those sour a.. lemons.”

The song enjoyed the biggest Spotify debut in Latin music history, so Shakira posted about that accomplishment on Instagram as well, writing, per the translation, that the song was “a catharsis and a discharge.” She added that she never thought she’d go straight to No. 1 in the world “at [her] 45 years and in Spanish.” Meanwhile, YouTube views for the recording session video topped 50 million in 24 hours, giving it another Latin music record, as the singer shared in multiple Instagram stories.

Although some people worried about the impact of the public drama on Shakira and Piqué’s kids, many of her fans celebrated right along with her in the comments sections of her multiple posts about “BZRP Music Sessions, Vol. 53.” “Number 1 forever,” one wrote in Spanish. Another applauded her new records by writing, “Deserved” with heart-eyes emojis. Many other fans called her a “reina” or a “queen.”

Before the song’s release, Shakira wrote about dealing with heartbreak and hurt on Instagram to kick off 2023. Her message was to keep trusting and loving, even after betrayal. “Our tears are not a waste, they water the soil where the future will be born and make us more human, so in the midst of heartbreak we can continue to love,” she wrote, per the Instagram translation.

Unwritten but extremely clara now is that those wounds can be used to write a pretty fire diss track, too.

More like this
Beyoncé Has Officially Won The Most Grammys Ever & Twitter Is Losing It
By Jake Viswanath
Linda Ronstadt’s “Long Long Time” Plays A Pivotal Role In The Last Of Us
By Brad Witter
The Meaning Of Steve Lacy’s “Bad Habit” Lyrics
By Radhika Menon
9 Photos Of Celebrity Couples & Unexpected Duos At The 2023 Grammys
By Jake Viswanath
Get Even More From Bustle — Sign Up For The Newsletter
From hair trends to relationship advice, our daily newsletter has everything you need to sound like a person who’s on TikTok, even if you aren’t.