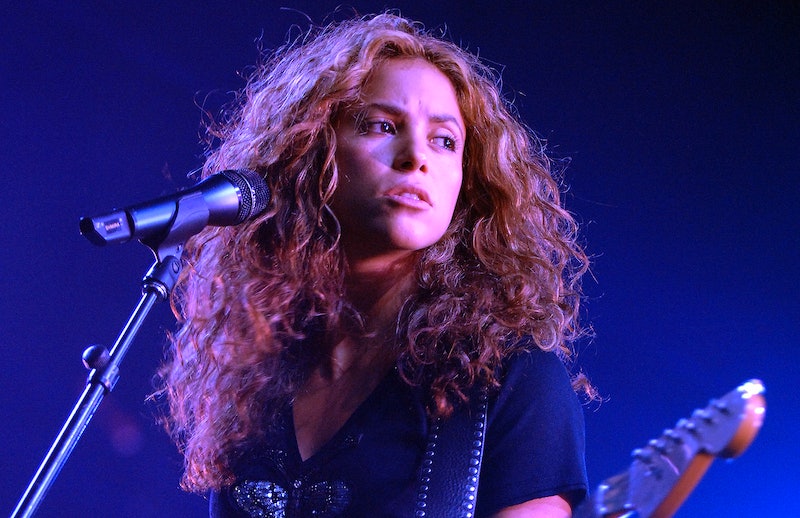 On the more unexpected end of recent celebrity news, Colombian singer Shakira took to Instagram Stories earlier this week to detail an encounter with some unusual wild animals whilst out in Barcelona with her eight-year-old son, Milan.

In a video on the social media platform, Shakira – who lives in the Catalan capital with her husband, FC Barcelona centre-back Gerard Picqué and their two sons, Milan and six-year-old Sasha – said she was a victim of a random attack by wild boars whilst she was out in a Barcelona park with her eldest son. The “Hips Don’t Lie” singer said that the two wild boars attacked her, before taking her designer bag and retreating into the nearby woods.

Holding the now-retrieved, but shredded, Off-White bag on her Instagram Stories on Wednesday (Sept. 29), she explained in Spanish: “Look how they left my bag, the two wild boars that attacked me in the park.”

“They were taking my bag to the woods with my phone in it,” she added. “They’ve destroyed everything.” The singer then turned the camera onto her son, who was with her at the time of the attack, and said: “Milan tell the truth. Say how your mummy stood up to the wild boar.”

Shakira with her two sons, Milan and Sasha.

Forty-four year old Shakira is the latest victim of increasingly aggressive wild hogs which have become a widespread nuisance in European cities in recent years, as they become more and more drawn to the rubbish discarded by city-dwellers and businesses. According to the BBC, Spanish police in the Catalan capital received 1,187 phone calls in 2016 alone about wild hogs attacking dogs, plundering cat-feeders, holding up traffic and running into cars in the city.

Most recently, a group of over a dozen wild boar were seen boldly trotting along the busy streets of Via Trionfale, in Rome, quickly prompting many amusing comments that the Italian capital should introduce “wild boar lanes” instead of bike lanes ahead of the upcoming mayoral race.