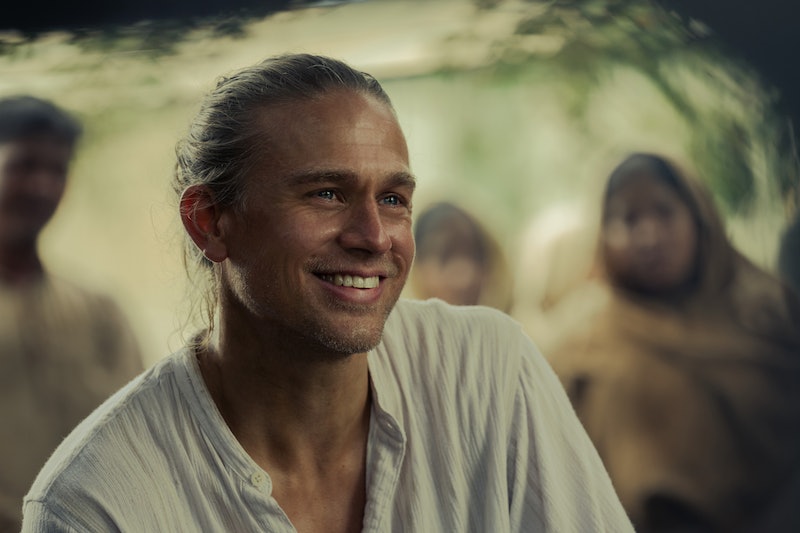 When the Apple TV drama Shantaram finally debuted, lead actor Charlie Hunnam had mixed emotions about it. “I’ve already judged it on what we did well and what we didn’t do well, so it’s sort of surreal to finally be here, because I’ve been so deep in this for so long that I don’t know how to feel,” he told The Hollywood Reporter at the October premiere. “I suppose it all hasn’t really sunk in yet.”

In the show, Hunnam plays Dale Conti, a philosophy student who ends up behind bars after he’s caught robbing banks to fuel a substance use disorder. He then escapes from prison and ends up in 1982 Bombay, where he takes on the name “Lin Ford” and befriends a cast of colorful characters who are all running from their own pasts. Based on a semi-autobiographical novel by Australian writer Gregory David Roberts, Season 1 only goes partly through Roberts’ story and left the door open for a possible Shantaram Season 2. But on the heels of the Season 1 finale, Apple TV+ confirmed the series will not return for a second season.

Shantaram has had a hard road to the small screen. Though Hollywood has long been drawn to Roberts’ wild story — per The Independent, he claimed he escaped from Pentridge Prison in Melbourne by walking out the front door — Shantaram has taken over seven years to produce. It first started as a movie, but they could never settle on a director and lead actor. In 2018, Paramount snagged the rights to make it a series, and they cast Hunnam and shot two episodes. But then the show went on hiatus, and they had to hire a new showrunner and creatively overhaul the project again.

On top of all that, Hunnam’s health hit the rocks while filming. “When I was in India, I got a bacterial gut infection, a viral gut infection, an acute respiratory infection. I had conjunctivitis in both eyes, an ear infection and dengue fever from a mosquito bite,” Hunnam said. He then went on to film Rebel Moon, where he sustained a severe back injury that he’s still recovering from today. “It’s going to take two years to heal and I have a 40 percent tear on the ligament on the right side that holds my spinal column in place,” he said.

Given all this, Hunnam explained, “We did the best job we could possibly do with the first season, against at times what seemed to be insurmountable odds.” But he added — before the series was canceled — that “there are some things that we can do better if we had the opportunity to go back [for] Season 2. The hope is we get to continue telling the story the way it wants to be told, whether that’s in 10, 20 or 30 more hours. One thing is clear: This text has an energy of its own and demands to be told the way it wants to be told.”

More like this
The Plane Crash In 'Dear Edward' Is Based On A 2010 Tragedy
By Grace Wehniainen
'The Crown' Season 6 Has Suspended Filming "Out Of Respect" For The Queen's Death
By Bustle Staff
Netflix Shut Down 'Bridgerton' S3 Rumours About A “Very Dark” Storyline
By Bustle
The 'Freeridge' Cast Shared Their Hopes For A Potential Season 2
By Grace Wehniainen
Get Even More From Bustle — Sign Up For The Newsletter
From hair trends to relationship advice, our daily newsletter has everything you need to sound like a person who’s on TikTok, even if you aren’t.

This article was originally published on Dec. 16, 2022