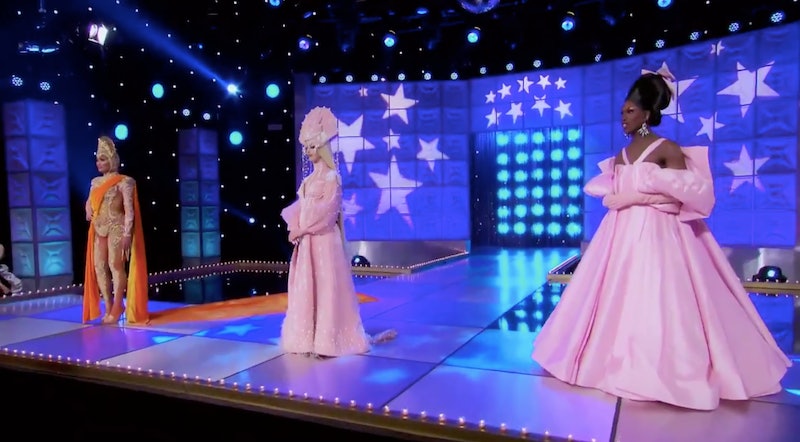 After what Michelle Visage called "the most spectacular" finale in Drag Race her-story, Shea Couleé was named the winner of All Stars 5. As Ru said, it was "quite the tight race," and up until the very end, truly anyone could have taken home the crown.

For their final face-off, Shea, Jujubee, and Miz Cracker were joined by their eliminated Season 6 sisters to perform a fully produced and choreographed version of Ru's song, "Clap Back," but with the addition of their own verses. Then, it was on to an All Stars Eleganza-themed runway, in which the queens each paid homage to their roots in one way or another. Juju reimagined a statue of Buddha she grew up seeing in her home, Cracker dove deep into her Russian heritage, and Shea put an elevated twist on her mom's bubblegum pink prom dress.

Ru and the judges were so impressed with their performances, they couldn't narrow it down to a Top 2, and instead allowed them all to take part in a final lip-sync for their legacies. All decked in new, fabulous looks (Shea's hair! Cracker's cone bra! Juju's shoulder pads!), the trio lip-synced their hearts out to Janelle Monáe's "Make Me Feel."

After pushing through Jaida Essence Hall's virtual crowning in Season 12 and Monét X Change and Trinity the Tuck's double win in All Stars 4, this finale was the simple, straightforward event Drag Race fans needed. And as close as the competition was, the victory was ultimately Shea's to claim. After coming so close to winning in Season 9, it was well worth the wait.