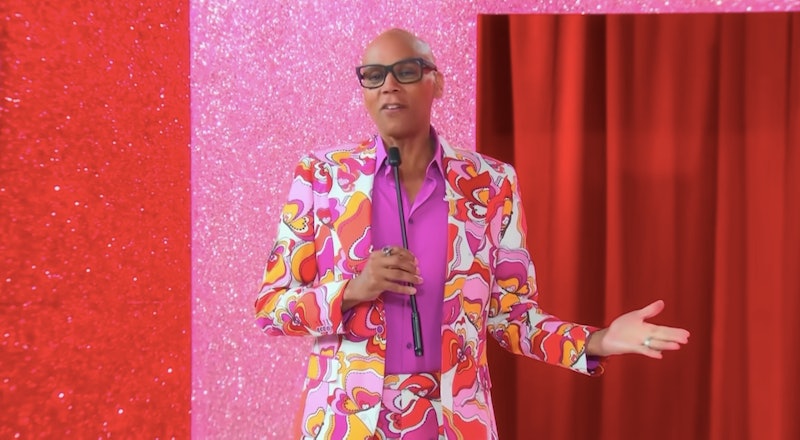 All right, squirrel friends. It's that time again. The All Stars 5 Top 3 have been chosen, and all that's left to do is speculate about which queen will win. Miz Cracker, Jujubee, and Shea Couleé all have their respective strengths, but let's talk about who might actually take home the crown.

If the winner is determined solely by challenge report cards, Cracker is the indisputable champ. The stand-up comedy smackdown marked her third total and second consecutive win this season. And aside from her weak Lady Gaga impression in the Snatch Game, the judges haven't criticized her much at all. That being said, Cracker has only *fully* won one of the three lip-sync assassin performances she faced off in. She tied with Morgan McMichaels after winning the SheMZ challenge and lost the cash tip to Roxxxy Andrews after taking home the Backyard Ball. She may seem like the frontrunner at this point, but Shea and Juju have arguably fought harder to be there, considering the losses they've both experienced in the past.

Perhaps no queen wants the crown more than Shea Couleé. She came so close to winning Season 9, and after seeing how hurt she was by the loss, it's almost impossible not to root for her. Plus, she has the track record to back it up. Shea won two challenges and the accompanying lip-syncs, one of them being Snatch Game, which comes with its own badge of honor. She was concerned about the stand-up challenge, but trusted herself and pulled through. The judges' critiques of her runway looks have been mostly nitpicky, and even in the challenges she didn't win, she's come close.

The third time could be the charm for Jujubee, who came in third place overall in Drag Race Season 2 and in All Stars 1. She's won less challenges than her All Stars 5 competitors, having only nabbed the victory for the hotel room design challenge. However, she's also the most seasoned drag queen on the show, and fans are really rooting for her to finally get the win she deserves.

More like this
'RHOSLC’s Heather & Whitney Are Still On A “Friendship Break” After Season 3 Reunion
By Jake Viswanath
Twitter Thinks This Is The Real Reason Zach Sent Christina Home On 'The Bachelor'
By Grace Wehniainen
All The Clues About Aly & Zach’s Relationship Status After 'The Bachelor'
By Brad Witter
Why Did Brianna Leave ‘The Bachelor’?
By Grace Wehniainen
Get Even More From Bustle — Sign Up For The Newsletter
From hair trends to relationship advice, our daily newsletter has everything you need to sound like a person who’s on TikTok, even if you aren’t.