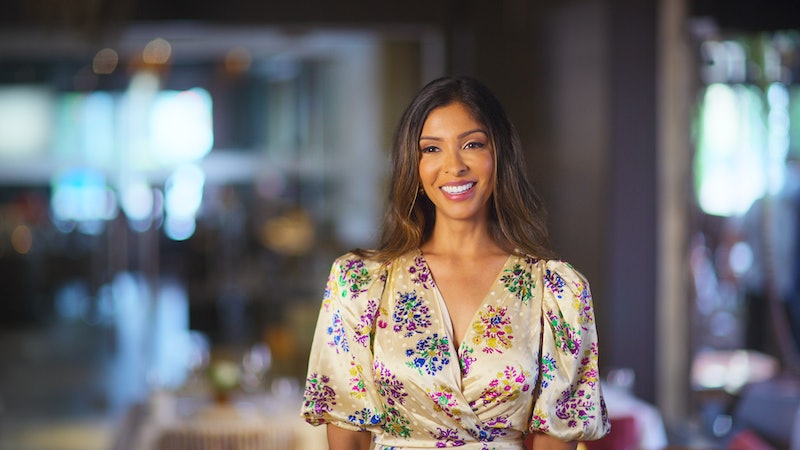 While she didn’t feel a spark with Sima’s matches, Shital Patel still ended Indian Matchmaking Season 2 with a new boyfriend. During a FaceTime chat with Sima in the finale, the 38-year-old New Yorker explained that she’d met an “amazing” Gujarati radiation oncologist named Niraj Mehta through her sister. Sharing that the doctor “has such a big heart,” Shital added that Niraj’s “true passion” was teaching his cancer patients “how to heal through dance.” Even though she met him outside the “Sima Aunty process,” Shital credited the Mumbai matchmaker with helping her “build momentum” and be more open and flexible.

The only catch? Niraj lives over 1,200 miles away in Miami. That’s where viewers next saw the couple, and Shital opened up about how Niraj felt like home — something she’d never experienced outside her own family. “If home with you is Miami, then... it’s Miami,” she told him, expressing her desire to start a family and have kids.

“I’m just ear-to-ear smiling,” she gushed in a confessional scene. “I love him with my whole heart. ... I will never find this kind of love ever again, so I’m really happy.” Niraj, for his part, also told producers he was “definitely in love” with Shital, something he joked was “cheesy and true as heck.”

After Indian Matchmaking filming wrapped, Shital and Niraj have dropped several hints that they’re still together. Though it’s unclear if Shital officially moved to Miami, her Instagram geotags have alternated between there and New York since February. After one early February trip to Miami, she also shared a reflection on “the concept of home” that closely mirrored the speech she gave Niraj on the show. Writing about attachments and feelings, she concluded that home “may never be one place” for her. Weeks later, she was posting from Miami again.

In a March 30 Instagram caption, Shital also mused, “Having patience to wait for the right opportunity, the right person, the right time, the right moment is the real flex.” More recently, though, ahead of the Netflix dating series’ Aug. 10 premiere, Shital posted a photo with Niraj in Miami on July 10. The group shot’s caption describes “friends that are fam,” but she and Niraj still look very much like a couple.

Meanwhile, though Niraj’s Instagram primarily focuses on his dance therapy passion, one February dance video caption shouted out Shital, whom he tagged in the post, “for being such a boss,” and for the song playing in the background, “Shadows” by Cannons. Since then, Shital had commented on several of her Bollywood enthusiast boyfriend’s posts, including when they exchanged viewpoints about thoughts versus actions in a June 13 post’s comments sections. More recently, she replied to his Aug. 2 wedding dance performance video, “Here for this solo, all heart ... went right thru that comfort zone,” adding a red heart and wink emojis.

While it’s entirely possible that they decided to be really close friends, all signs seem to point to Shital and Niraj finding their true Bollywood-style happy ending.