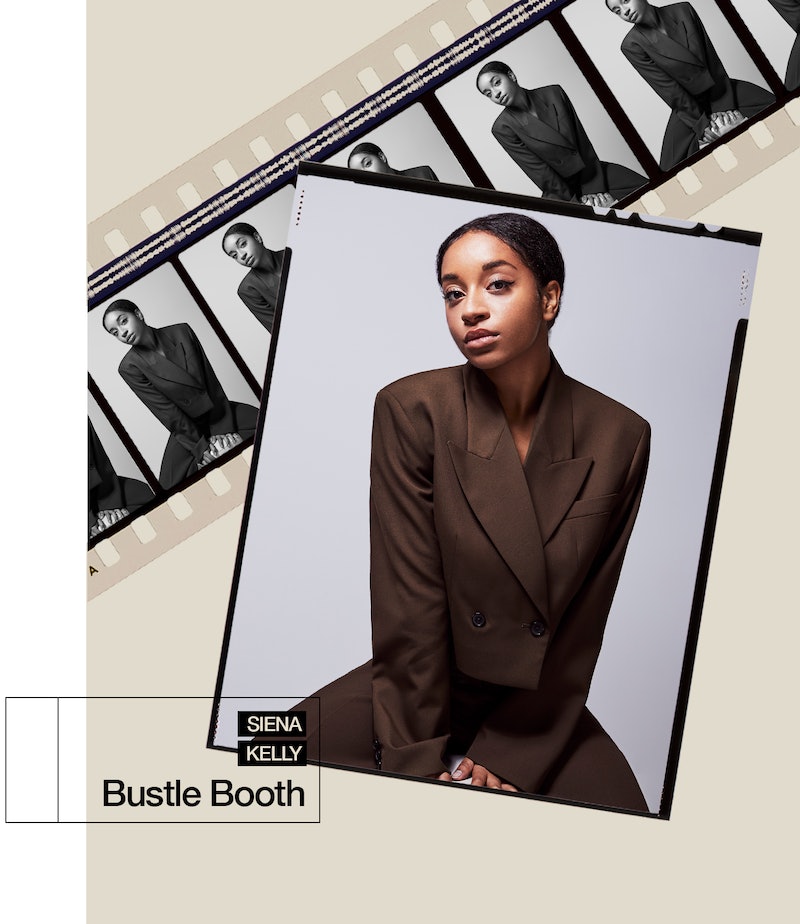 This year has marked a breakthrough moment for female-led British television, and Channel 4's Adult Material is the latest show to put multifaceted women at the centre of its narrative. The show dives deep into topics including sex work, consent, class, and motherhood, and Bustle chatted to one of its leads, Siena Kelly, to find out more.

"She's one of those people that I feel like if you pushed her off a building she'd land on her feet," Kelly says of Amy, explaining to Bustle that playing this character was the most fun she's ever had on set.

Kelly actually started out her career training as a dancer, performing in national competitions. From a young age, she had a passion for musical theatre (“I was obsessed with really old Hollywood musicals, Guys n Dolls, Westside Story") and went on to study it at college – but eventually she found herself falling deeper in love with traditional theatre. Since then, she's performed at the open air venue in Regent's Park and, most recently, in Teenage Dick at the Donmar.

However, despite theatre being a "second home" for Kelly, she's certainly making her mark on screen too, having appeared in Sky’s Temple and ITV's Vanity Fair before Adult Material.

Just like with I Hate Suzie and I May Destroy You, it’s clear from the offset that women are at the helm of Adult Material with playwright Lucy Kirkwood creating complex, dynamic story arcs for the female character. Speaking about the outcome, Kelly says: "Look what happens when you let us do it," says Kelly. "I’m hoping this means that people will trust [female writers and actors] more."

Get to know more about Kelly in her Bustle Booth questionnaire below.

Describe reality TV in one word.

What did the Doctor whisper to Rose??

Who's your celeb idol?

Who was the first TV character you had a crush on?