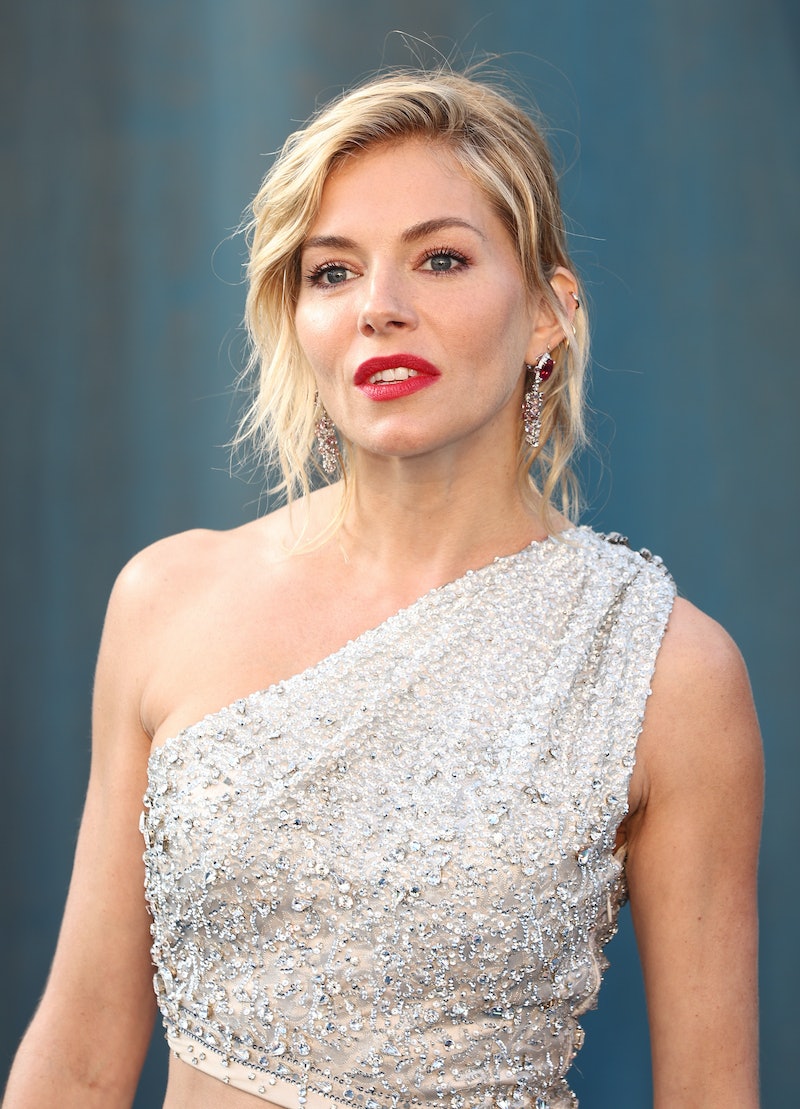 As she prepares for the release of her Netflix thriller Anatomy Of A Scandal, Sienna Miller has been snapped with Oli Green on a number of occasions. As well as attending the BAFTAs together and heading to a New York Knicks basketball game, the pair stopped by Vanity Fair’s 2022 Oscars Party last month. The duo posed for photos together on the red carpet. As such, it appears the two are an item, though neither have commented on one another publicly.

25-year old model and actor Green has previously walked the runway for British fashion label Burberry, and has also branched out into the film world in recent years. He appeared as an unnamed backpacker in 2021 TV series The Mosquito Coast Backpacker, and he’s set to play Thomas in A Good Person. Directed and written by Scrubs alum Zach Braff, the film also stars Florence Pugh and Morgan Freeman.

Best known for appearing in Layer Cake, Alfie, and American Woman, Miller was previously engaged to her Alfie co-star Jude Law back in 2004, though the pair later split after Law admitted to cheating with his children’s nanny.

In 2011, Miller embarked on a relationship with fellow actor Tom Sturridge. The pair, who went on to get engaged, welcomed a daughter, Marlowe Ottoline Layng Sturridge, in 2012. Though the couple amicably split in 2015, they have stayed on good terms.

“We still love each other,” Miller told Harper’s Bazaar in 2017. “I think in a break-up, somebody has to be a little bit cruel in order for it to be traditional, but it's not been acrimonious in a way where you would choose to not be around that person. We don't live together, as has been reported recently, but we do half the time.”

“Everybody will stay over or we'll all go on holiday, and that's because we genuinely want to be around each other. It's great for our daughter that she has two parents who love each other and are friends. He's definitely my best friend in the entire world.”

In January 2020, after a few months of dating, Miller got engaged to art editor Lucas Zwirner. Sadly, the pair split nine months later. Speaking of her relationship history in a new interview with DuJour magazine, Miller said: “I’ve dealt with very public heartbreak. I was never somebody who dreamt of getting married. I’ve been engaged a few times, but I’ve never been married.”

Showing her sense of humour, she said of her broken engagements: “It’s better than three divorces, I think.”

Of her romantic life, she added: “I'm not a dater. I've never been one. Once I'm in, I'm in. And I'm also quite shy. My life has sort of unfolded in a different way and I'm fine with it. My life was never going to be orthodox.”