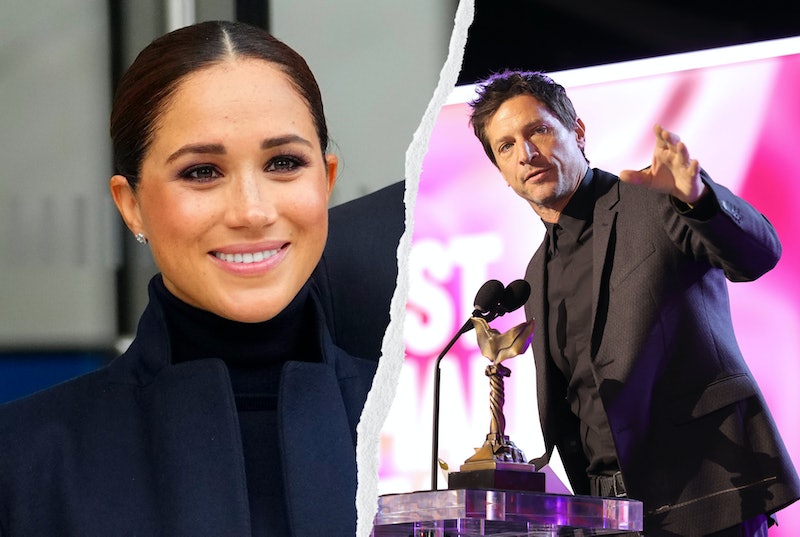 In Red Rocket, Simon Rex plays an out-of-work adult film actor who moves back to his hometown for “a new chapter” (which turns out to be an extremely bad chapter). It’s a bizarre story — but as Rex recently revealed in an interview with The Guardian, his IRL career has also seen its share of film-worthy drama.

According to Rex, who brought home an Independent Spirit Award for his performance as Red Rocket’s Mikey, multiple UK tabloids offered to pay him $70,000 to say he’d had a romantic relationship with Meghan Markle: a lie, to be clear. They worked together on one episode of Cuts in 2005 but only ever had “a platonic lunch,” and he wasn’t willing to suggest otherwise for a paycheck — even one he could really, really use.

“I was broke as f*ck! I really needed the money,” he said. “But I’ll be on food stamps before I do that.” Rex told the paper that the Duchess of Sussex had written him a note to thank him for his integrity. “It’s nice to know there are still good people,” the letter reportedly said. Rex took to Twitter to elaborate on the story, confirming that he even framed the letter (who wouldn’t?) and that Meghan “has very nice penmanship btw.”

The tabloids’ treatment of Meghan is infamously problematic — and has even been subject to legal action before. Last year, Meghan won a privacy lawsuit against The Mail on Sunday over the paper’s decision to publish a personal letter to her dad, Thomas Markle Sr. And in 2018, Thomas reportedly had photos staged of him getting measured for a wedding suit — and the same paper suggested the images could have been sold for £100,000. “Hopefully one day, [tabloids] come with a warning label like cigarettes do,” Meghan told The New York Times in 2021. “Like, ‘this is toxic for your mental health.’”

More like this
Lilibet & Prince Charles’ First Meeting Was Emotional, According To Reports
By El Hunt
Don't Expect To See Your Fave Modern Royals Depicted On 'The Crown' Season 6
By Jack Irvin
Jurnee Smollett’s Heart Is Healing
By Rebecca Carroll
Kimberly J. Brown & Daniel Kountz Looked Back On Their ‘Halloweentown’ Romance
By Stephanie Topacio Long
Get Even More From Bustle — Sign Up For The Newsletter