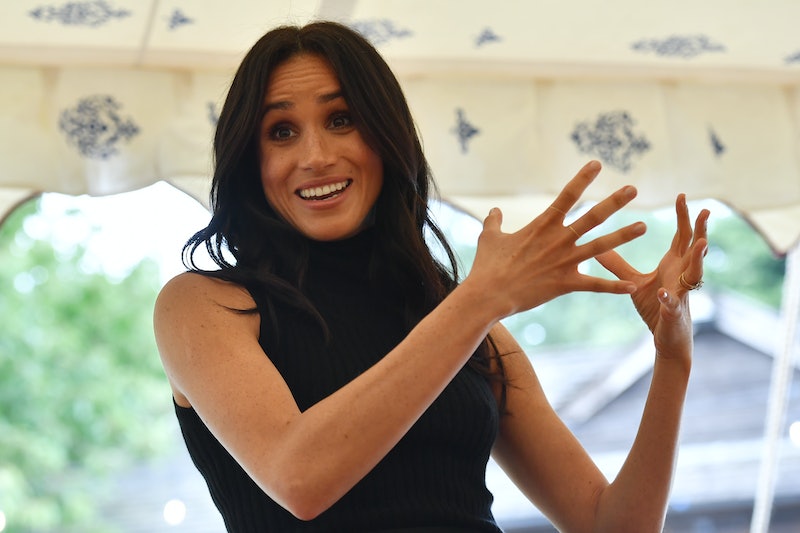 Long before beginning a relationship with Prince Harry and marrying into the British royal family, charity campaigner and former actor Meghan Markle headed up her very own lifestyle blog, The Tig. Then, shortly before announcing her engagement in 2017, Markle shut down the site. The popular lifestyle hub, along with Markle’s personal Instagram profile, was seemingly gone for good. But the Duchess of Sussex may well be returning to her former online destination. As reported by The Mail on Sunday, Markle’s lawyers filed to trademark “The Tig” back in July 2021, which has led to speculation that the blog is set to be revived.

Founded in 2014, back when Markle was starring in the Netflix legal drama Suits, The Tig used to be home to the then-actor’s favourite recipes, travel tips, and holiday snaps. The blog’s unique name was inspired by Markle’s first time tasting Tignanello wine. The online destination also featured a series called Tig Talks, which saw Markle interviewing a whole host of empowering women, including her friend, seven-time Wimbledon champion, Serena Williams, and actor Priyanka Chopra. Essentially, How about The Tig was a bit like Gwyneth Paltrow’s Goop, but with less jade eggs.

Markle announced the closing of her site in a heartfelt letter to her online audience. “What began as a passion project (my little engine that could) evolved into an amazing community of inspiration, support, fun and frivolity,” she remarked. “You've made my days brighter and filled this experience with so much joy.”

Nowadays, Harry and Meghan have been busy laying down the foundations for their new life outside the royal family. Since April 2020, the couple has set up eleven different companies to deal with everything from charity work to publishing. They also have lucrative media deals with the likes of Netflix and Spotify.

With Markle taking an active interest in publishing, could now be the ideal time to revive The Tig? Admittedly, this isn’t the first time the former actor has filed to trademark the name, and it’s possible that she’s just making sure she’s still got control after an old trademark expired in 2019. Back then, a rep issued a statement saying that "the lasting trademark is to prevent false branding, to avoid others purporting to be the Duchess or affiliated with her."

Still, the interest is definitely there for a comeback. Since the couple’s latest business filings have become public, Google searches for The Tig have exploded by a whopping 1,032% in the UK alone. No doubt, we will all be watching – and hoping – for its return.