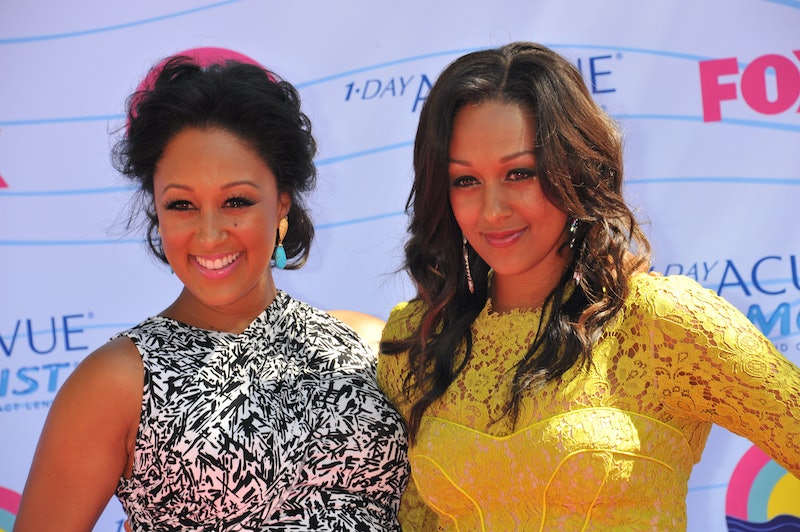 Sisters Tia Landry and Tamera Campbell are shaking up the family tree with sibling synchronicity once again after Sister, Sister’s much-anticipated debut on Netflix. The beloved '90s sitcom about twin sisters separated at birth who reunite as teens joined the streamer on September 1 — and it’s not just fans who are celebrating. Stars Tia Mowry-Hardrict and Tamera Mowry-Housley celebrated Sister, Sister’s Netfli debut on with separate throwback Instagram posts that touched on the importance of representation.

In a heartfelt and “ecstatic” post alongside a ‘90s photo of herself and Tia, Tamera wrote on Tuesday, “It all began here with my sissy! What a blessing to have inspired many at such a young age.” Citing the importance of Black representation on TV, Tamera expressed her gratitude and excitement that this generation would “relive one of my fav jobs in history.” She continued, “I’m ecstatic for the newer generation to discover this show… I never thought in a million years #SisterSister would become an American classic. Thanks for supporting us throughout the years.”

On her own Instagram shared Wednesday morning, Tia also used a throwback photo of the two (in their famed denim bucket hats, no less) to thank fans for their support and celebrate the fact that Sister, Sister — as well as two of her other shows, The Game and Family Reunion — are all currently trending on Netflix. (The Game arrived on the streamer in August, while her Netflix original sitcom Family Reunion premiered in July 2019.) As of Wednesday, Sister, Sister is at number 3 on Netflix’s Top 10 in the U.S.

“Wow! Wow! Wow! Never ever did I ever think that I would have 3 shows #trending on [Netflix],” Tia wrote. “This is insane!!!” Citing all the love she’s been receiving for all three projects, she continued, “I am so grateful for my job and I #love what I do! Thanks for allowing me into your homes for all these years!”

Jackée Harry, who played Tia’s fashion-designer mother Lisa Landry in the series, also marked Sister, Sister’s Top 10 in the U.S. status on Instagram Wednesday with some old cast photos. “So honored that our little old show is getting as much love today as it did 26 years ago when it premiered,” Harry wrote. “We’re in the top 3! Thanks to everyone watching on Netflix!”

It's not a Sister, Sister reboot, but it's something.

More like this
'That '90s Show' Star Callie Haverda Got Advice From Mila Kunis & Ashton Kutcher
By Brad Witter
Here’s Why Danny Masterson’s Hyde Isn’t In 'That '90s Show'
By Brad Witter
Ashton Kutcher Wants Danny Masterson “To Be Found Innocent” In Rape Retrial
By Jake Viswanath
At 28, Debra Jo Rupp Was Living A Much Different '70s Show
By Grace Wehniainen
Get Even More From Bustle — Sign Up For The Newsletter
From hair trends to relationship advice, our daily newsletter has everything you need to sound like a person who’s on TikTok, even if you aren’t.