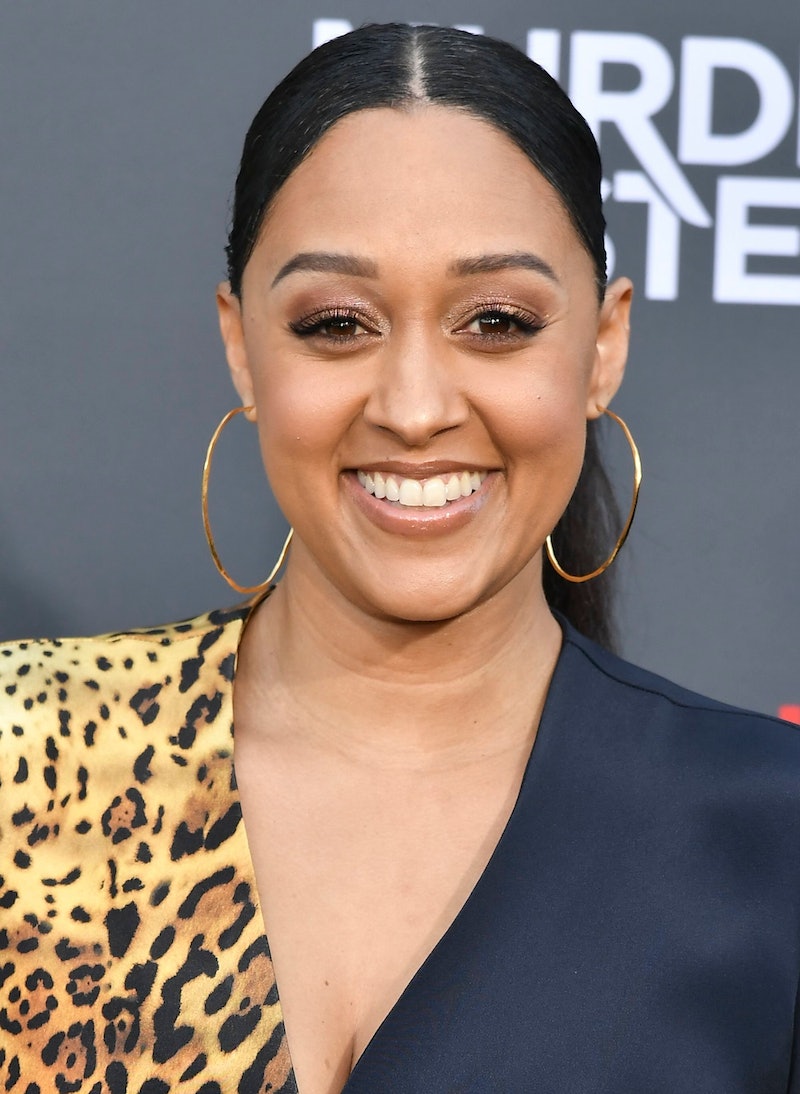 Ready to feel old? Sister, Sister went off the air 20 years ago. Yes, it's been two whole decades, but given the show's special spot in '90s kids' hearts, it feels like just yesterday Tia Landry and Tamera Campbell (played by Tia and Tamera Mowry, of course) met in a mall and cemented their place in TV history. If you're still crossing your fingers about a long-rumored Sister, Sister reboot, there's good news... and bad news. Speaking to Bustle ahead of her new Netflix series Family Reunion, Tia Mowry gave a Sister, Sister update hinting that Roger will have to "go home!" for good — while teasing the possibility of reviving a different childhood favorite.

"To be honest with you, I hate to pop the balloon," Mowry says, attempting to break the news gently. "Sister, Sister kind of looks dead right now." She suggests part of the reason is due to rights issues. "There's a lot of hands in the pot, and just trying to clear these hands has been really, really difficult. So it's kind of gotten beyond our control."

Ultimately, though, Mowry declares, "I always say, never say never. Maybe my sister and I will come up with something else to do that will make everybody satisfied or happy." It doesn't take long for her to offer an exciting alternative, either: "We were thinking about maybe now trying a Twitches 3." Yes, the iconic Disney Channel Original Movie series about twin witches (aka twitches). If the Halloween flicks did get a new addition, the sisterly witch duo would be parents. "We were talking about it, so we'll see what we can do there," Mowry offers.

That same parental premise is what Mowry would want out of a Sister, Sister reboot as well — you know, if it ever gets revived from the near-dead. "It would mimic our lives and where we are now with kids, and trying to navigate parenting with our careers and being married."

But instead of twiddling your thumbs waiting for a third Twitches or pining for that Sister, Sister reboot, there's another way to get that feel-good, family vibe in the meantime. Mowry's new Netflix series Family Reunion hits the streaming service on July 10, and she admits it's reminiscent of the beloved sitcom, while also carving its own path.

"It is a show about family, and Sister, Sister was definitely about that, and I think that's what makes the show so universal," she explains. But this new series features a different dynamic, too. "You have the old vs. the new, you have non-tradition vs. tradition," she says of the show's main conflicts.

On the show, Mowry's character Cocoa and her husband move back in with her in-laws after a family reunion goes well, only to discover that their parenting styles clash. "The thing that's great about this show that maybe was a little different with Sister, Sister is that it's also multigenerational," she says, speaking to the age range of characters.

Still, it's fair to say Sister, Sister transcends generations itself; Mowry hears from fans on a daily basis. "The impact and the presence of Sister, Sister has been mind-blowing," she admits. "I never knew it would last this long, but I think it shows just how magical that show was." Here's hoping she creates that same magic all over again with Family Reunion (and, fingers crossed, Twitches 3).