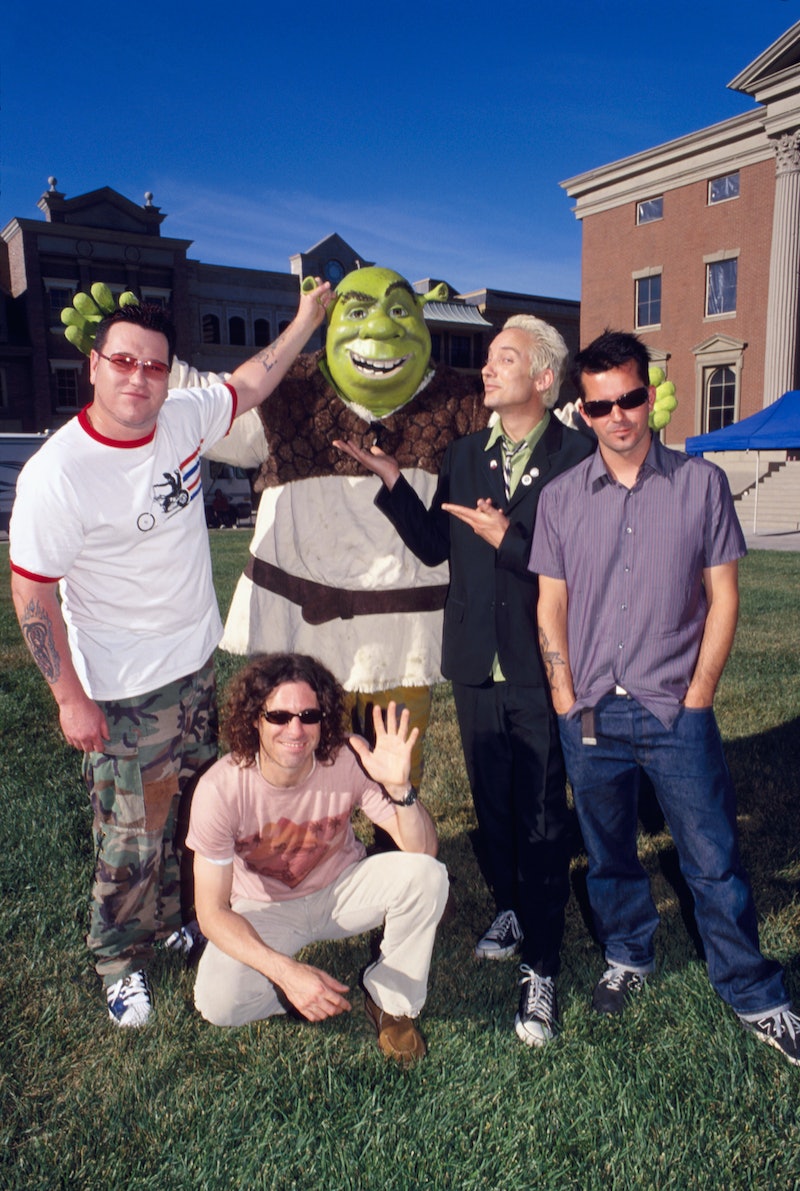 On the 20th anniversary of Shrek, film critic Scott Tobias woke up and chose violence. In a critique and retrospective of the Dreamworks animated classic, published in The Guardian, Tobias declared “Shrek is a terrible movie. It’s not funny. It looks awful.” His commentary sent the collective millennial subconscious into a tailspin on Twitter, forcing fans to defend the honor of our favorite swamp-dwelling green ogre, who by the way, did not ask to be part of this narrative.

Leading that defense? Smash Mouth, the band who soundtracked the film with the earworm “All Star.” That 1999 hit ordained them as the “Shrek Band” and their cover of The Monkees’ “I’m a Believer,” which closes out the film, sealed that distinction. Though they used to shy away from the association, the band is now proud to be connected with the film two decades later, and they won’t have you talking bad about it. “That’s how we’re identified: Kids are like, ‘look, it’s the Shrek guys. We are the Shrek band. What are you gonna do? You can’t fight it. I just embrace it. You’ve got to be a good sport about it,” Smash Mouth founder and bass player Paul DeLisle told USA Today for the 20th anniversary.

It’s no surprise that the band is coming to the defense of the crass film that led to so much of their success in the ’90s. Not only did the film change the type of humor we expect from animated films, but outside of its box office success, the film made a mark on the way movies use popular music. In fact, the Smash Mouth-led soundtrack went multi-platinum and charted on Billboard charts. The film’s music supervisor Marylata Elton told The Ringer that “Shrek was the first animated picture to have, in its dialogue and in its music, pop references,” adding that, “What ended up [happening] is that Shrek became pop culture itself.”

It’s also no surprise that fans of the film and its music were more than happy to join Smash Mouth in their dissent from the bad take and their love for the formidable soundtrack.

In short, as we millennials who grew up dancing along to “All Star” in our bedrooms while enjoying the sequels, spinoffs, memes, and countless pop culture references generated from the *clears throat* Academy Award-winning animated classic on our combination VHS player and TV know, Shrek will always hold a place in our hearts and anyone who doesn’t agree with that is going to wind up looking pretty dumb — with their finger and their thumb in the shape of an “L” on their forehead.

More like this
Everything You Need To Know About ‘Black Panther: Wakanda Forever’
By Bustle Editors
Everything To Know About Taylor Swift’s 10th Studio Album, 'Midnights'
By Grace Wehniainen and Jake Viswanath
How Ghosts Inspired Kesha’s New Music
By Jake Viswanath
Beyoncé’s Special Tribute To Sister Solange Was Both Touching & Hilarious
By Stephanie Topacio Long
Get Even More From Bustle — Sign Up For The Newsletter