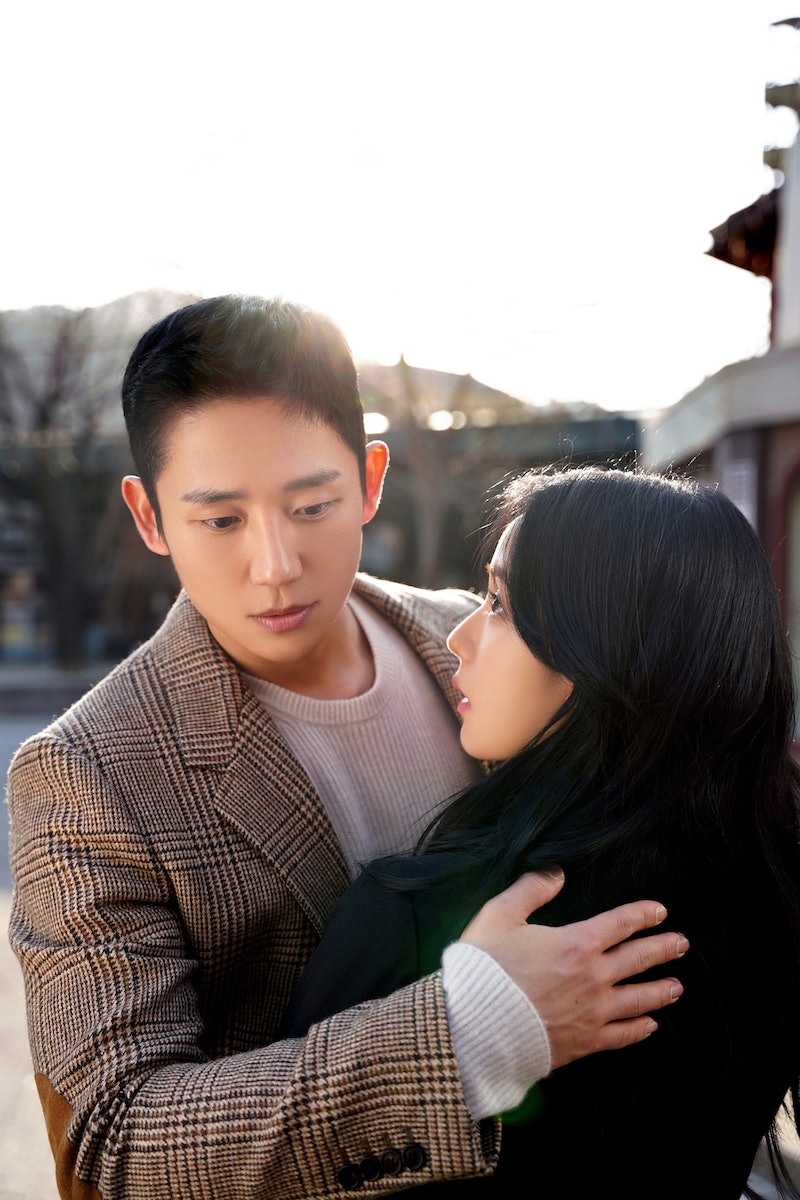 Disney+ has released its first Korean drama Snowdrop. The show stars two prominent celebrities: Jung Hae-in, a popular South Korean actor who has appeared in titles such as Netflix’s Something in the Rain and the film Start-Up, and Jisoo, a member of the hit K-pop group Blackpink who’s taking on her first leading role. However, the series has not been without controversy. Since it aired on Korea’s JTBC network in December 2021, Snowdrop has been criticized for “historical distortion” because of the way it uses South Korea’s democratic protests as a backdrop for illicit romance.

The series takes place in 1987 and centers around Lim Soo-ho (Jung), a North Korean spy who stumbles into South Korean student Eun Yeong-ro’s (Jisoo) dorm room. Believing him to be a pro-democracy South Korean activist, Yeong-ro helps to hide him from the government, and the two soon fall in love. When she discovers he’s not an activist and is actually North Korean, the couple races to get Soo-ho back to his country undetected while being confronted by antagonists on all sides.

The show is set against the 1987 June Democratic Struggle, which was the culmination of several activist-led attempts to institute a nationwide democracy in Korea. For context, South Korea had its first democratic election in May 1948 following 35 years of Japanese colonial rule. But the democracy faltered several times. The first Korean president tried to abolish term limits, the second was assassinated in 1979, and there were two military coups throughout that time. When military general Chun Doo-hwan seized control in 1979 and instituted a dictatorship, students led protests for years. These intensified after the 1980 massacre of 288 protesters in Gwangju and hit a fever pitch following the 1987 deaths of two students: Park Jong-Chul, who was tortured by police, and Lee Han-yeol, who was struck with a tear gas grenade. During a three-week period in 1987, over a million protesters took to the streets in 37 cities, finally paving the way for sweeping democratic changes.

These young protestors were integral to the formation of South Korea’s democracy, and Korean viewers say that Snowdrop insensitively rewrites this history by centering a North Korean character. As The Korea Herald points out, this is particularly egregious because many South Korean students were tortured and killed under the justification that they were North Korean spies. Snowdrop could lead viewers unfamiliar with South Korea’s history to believe that some South Korean activists actually were North Koreans in disguise — an erroneous narrative pushed by conservatives in the country. (There was also early uproar about the fact that Snowdrop’s main female character originally shared a name with a real woman whose husband was beaten during the protests, which led to her being renamed from “Yeong-cho” to “Yeong-ro.”)

A representative of Park Jong-Chul’s memorial told No Cut News that Snowdrop’s attempt to “dress up such a dark event with romance” is both a “huge offense” and like a “second assault on victims.” A spokesperson for Lee Han-yeol’s memorial also called Snowdrop offensive, adding that its team needs to take responsibility for creating the show without the necessary historical and social awareness.

The series faced widespread backlash leading up to its premiere in Korea. A petition to stop JTBC from airing Snowdrop garnered 267,000 signatures in one day. Several brands also withdrew their sponsorship of the show. "Korea is a democracy, which is something that has been earned through hard work and through the pain and sacrifice of many innocent people,” one petitioner wrote, per The Korea Times. “As the influence of Korean culture has been growing more recently, it is time to reconsider the weight of distorting history in the media [to the rest of the world].”

In response to the criticism, series director Jo Hyun-tak emphasized at a December 2021 conference that Snowdrop is fictional. "Although it is set in 1987, everything in the series, such as the characters and agency, and except for the situation of the military regime and the presidential election, is fictionally created," he said, per The Korea Times. "The writer has worked on the series with a sense of responsibility and accountability so it will not have these things that people are worried about. I hope they watch it for themselves."

JTBC also put out an official statement, noting that Snowdrop is a “hypothetical story,” that there is “no spy leading the democratization movement,” and that the reference to Korea’s democratic protests do not continue past “the first or second episode.” The network added that the production team had no intention of glamorizing an “era where individual freedoms and happiness were suppressed by unjust power.”

It’s unclear how much, if at all, this controversy will influence Snowdrop’s popularity once it hits Disney+’s global platform. According to Nielsen ratings in Korea, people did ultimately watch Snowdrop, but its viewership numbers fell far below other shows airing at the time, like the KBS2 drama Young Lady and Gentleman.

In the meantime, a number of Korean and Korean American scholars have written an open letter to Luke Kang, the president of Disney’s Asia-Pacific division. The letter states that they do not want Disney+ to remove Snowdrop from its platform, but that the company should hire Korean historical experts to examine Snowdrop’s contents, and to take those findings into consideration when evaluating future content.

“[W]hile we understand the defense that fiction has a right to explore creative narratives, that defense can also feel hollow when a show uses numerous, specific details that reference actual people and incidents from recent history,” the letter reads. “The historical details contained in the show, in tandem with its place on your far-reaching platform, have raised enough concerns that we write this letter to you asking for thoughtful consideration when distributing the show globally.”

More like this
Here's Why You'll See Less Of Olivia Rodrigo In 'HSMTMTS' Season 3
By Bustle Editors
Everything To Know About Obi-Wan Kenobi Season 2
By Kadin Burnett
Who Is Liam Neeson's Character In The Obi-Wan Kenobi Finale?
By Kadin Burnett
Where Is Oscar Torres In 'Only Murders In The Building' Season 2?
By El Hunt
Get Even More From Bustle — Sign Up For The Newsletter