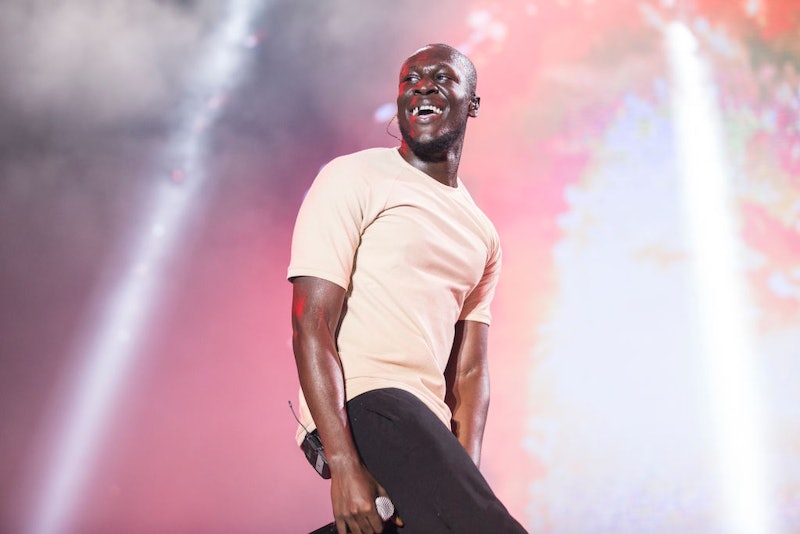 Earlier this year, Stormzy announced he would be donating £10m over the next 10 years in a bid to tackle racial inequality and injustice, and support Black British causes. Then he surprised a teenage fan (and melted our hearts) when he helped paint a room with redecorating company The Good Guys as part of the company's "give back" scheme. Now, the musician's #Merky Foundation has revealed its first major donation: £500,000 to the Black Heart Foundation.

The Black Heart Foundation, set up by businessman Ric Lewis in 2000, operates the Black Heart Scholarship, which provides funding for people of all ages who would otherwise not be able to afford higher or further education. As per the Guardian, the charity will use the donation to fund a further 50 scholars, bringing the total number of students aided by the charity to 250, says to the BBC.

"Previous recipients have used the funds to cover the cost of travelling to a distant school, to train to be an airline pilot, and to allow them to concentrate on academic studies at university rather than worry about holding down a part-time job," reports the Guardian.

This latest support for students is in addition to the rapper's two “Stormzy scholarships,” which cover the tuition fees and some living expenses for two Black students who attend the University of Cambridge. His #MerkyBooks, an imprint of Penguin Random House, publishes writing from underrepresented communities, too.

Lewis praised the contribution as a "reinvigorating" one: "It is an amazing testament to their vision and commitment to higher and further education for ambitious, hard-working young people from the most under-resourced and under-represented communities in our society."

In an Instagram post, the Black Heart Foundation thanked everyone for their donations and incredible responses, but added: "We are NOT done yet! ⁠⁠We know there are others who still want to help, so our invitation to get involved still stands. Please give what you can and be the change we want to see in our world.⁠⁠"