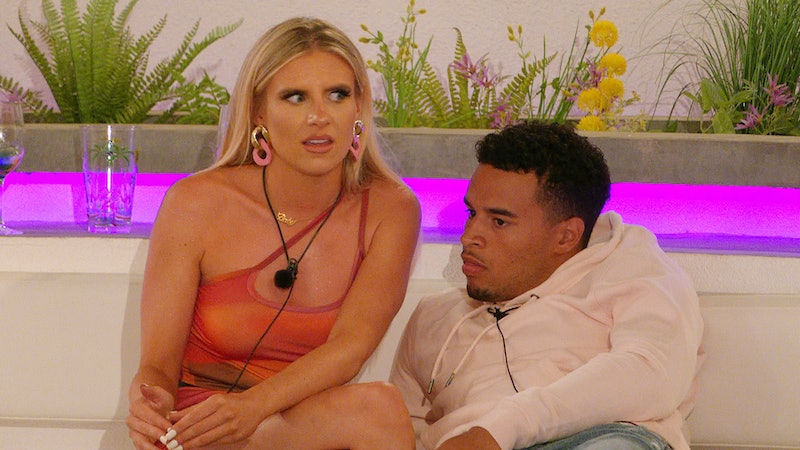 Being ditched by your 22-year-old boy toy on national TV is one thing, but blocked by the unofficial Queen of the noughties? That is without a doubt worthy of a meltdown. On Saturday’s Love Island unseen bits, Chloe Burrows admitted that the Paris Hilton blocked her on Twitter and, quite frankly, we need more details. Did Paris Hilton really block Love Island’s Chloe on Twitter? And what on earth for?

In a hilarious clip on ITV 2, the villa girls were casually discussing social media and celebrities before Chloe confessed that she can’t see any of the 40-year-old heiress’ tweets on Twitter, even though she “loves her.”

Now, Chloe — who has been involved in her fair share of dramas on Love Island so far — may be a bit of a divisive figure on the reality show, but what could she have possibly have done to offend the heiress? The 25-year-old doesn’t seem to have a clue.

"I love her! I don't think I would have ever done anything wrong," she stressed on Unseen Bits. “I really don’t think I’d ever have done anything [to her], but obviously I did.”

Paris Hilton has yet to confirm, deny, or even offer up a simple “that’s hot” in response to the alleged blocking.

Meanwhile, as to be expected, Love Island fans couldn’t help but find the revelation hilarious and tweeted their shock.

“Chloe being blocked by Paris Hilton must hurt, I’d cry #loveisland,” said one, meanwhile others were less surprised.

In the same episode, fellow islander Millie revealed that she had created a Justin Bieber fan account whilst at high school. Unlike Chloe, Millie’s fandom paid off: Justin Bieber allegedly followed her account back.

“I used to have a fan account on Twitter of him and he follows me on it,” she said, embarrassed to admit that she’s since tried to delete the account with no luck.

To be fair to the girls, there could be a lot more embarrassing things to happen on social media — after all, we still have four weeks of Love Island left...