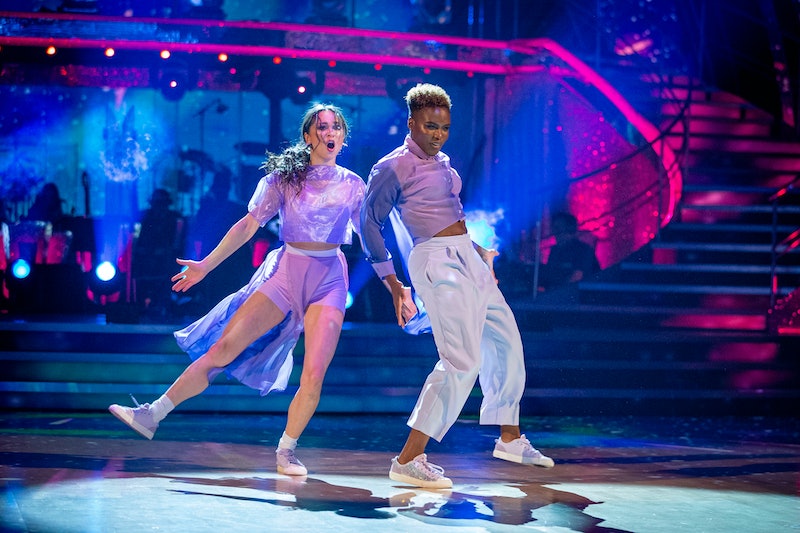 Strictly Come Dancing returned to our screens on Oct. 24 and unsurprisingly it’s been the glittery uplift we've all needed. The latest dancers have already sashayed their way into viewers' hearts and Saturday nights have just got a lot lighter but will Strictly Come Dancing continue under new lockdown rules? On Oct. 31 Boris Johnson announced another national lockdown which will mean people won’t be able to socialise indoors with people who aren’t in their household or social bubble. This could be a major issue for this year's celebs.

It’s no secret how many hours the celebs and professionals have to spend together to get their dances up to scratch for Strictly Come Dancing. It’s the glitziest bootcamp around. However, Strictly is filmed live and, while it’s made adjustments, the new regulations coming into place on Nov. 5 may change that. I reached out to a representative for the show who told me, "Strictly will continue to adhere to government guidelines as the safety of all those involved in the production is paramount." However, they could not comment beyond that.

The good news is that the UK culture secretary Oliver Dowden confirmed on Oct. 31 that film and TV production in England could continue despite the new lockdown rules. Writing on Twitter, he said: "The changes mean people should WFH where possible but where this is not possible, travel to a place of work will be permitted – e.g. this includes (but not exhaustive) elite sport played behind closed doors, film & TV production, telecoms workers."

Strictly has already made some pretty big alterations to the show this year. The judges and contestants all sit on socially distanced podiums, as do the audience members (the number of which has been reduced dramatically). Speaking to Metro in September, Strictly boss Sarah Jones said, “We’re prepared for any scenario. We’ve made plans for no audience, we’ve made plans for a distanced audience, and we’ve made plans for a full audience. Whatever happens, we’ll obviously just be following the government guidelines.”

It’s so important to experience little joys at the moment and Strictly is just that. Thank goodness, then, that it looks like it'll be continuing.