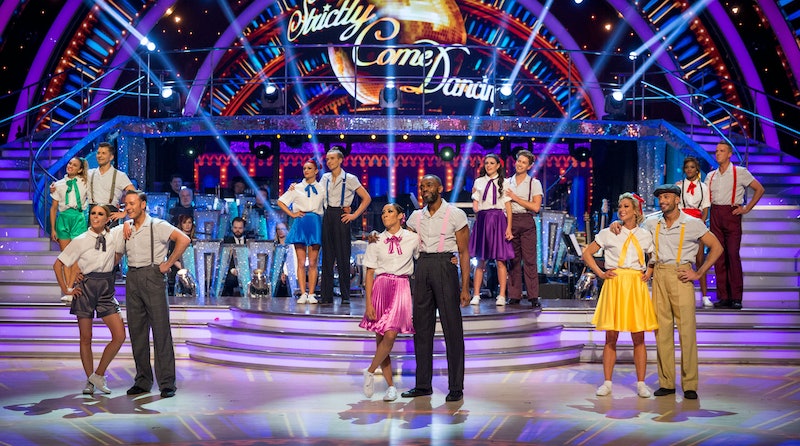 Few shows have quite the multi-generational pull as Strictly Come Dancing. The BBC series has proven a firm family favourite, with an impressive 17 seasons under its belt. When it was confirmed that season 18 would go ahead in October 2020 despite the pandemic, the country rejoiced. Regardless of its national treasure status, however, there’s one aspect of the show that often gets a lot of negative press: the 'Strictly Curse'. But what exactly is this phenomenon, and who has been struck by it in the show's history?

According to The Sun, the much-maligned 'curse' occurs when celebrities and their romantic partners break up due to intense training schedules, and the close relationships built between the contestants and their dancing partners.

For Strictly’s 2020 celebrity line-up, there have been frank conversations with their other halves before filming starts. Made In Chelsea’s Jamie Laing said he “hid” the curse rumours from his girlfriend Sophie Habboo. Speaking to The Sun, the reality star said, “I don’t worry about the Strictly curse, and if any Strictly curse did happen it would be a big shame.”

Boxing legend Nicola Adams will be part of Strictly’s first same-sex coupling on the new series, which starts Saturday Oct. 24. The Olympic champion is currently dating 22-year-old beauty blogger Ella Baig, and says she “isn’t concerned” about the curse, according to the tabloids.

Yet, not all the couples are so confident regarding the curse rumours. Former The Wanted boyband member Max George has been dating Stacey Giggs since 2019. Giggs is said to be nervous about who George will be partnered up with on the show – according to The Sun, she is hoping he will be teamed with a married dancer with a “good reputation”.

So is the curse really something to be worried about or is it just folklore?

Well, one couple who made headlines for allegedly falling victim to the 'curse' is former champion Stacey Dooley and her ex boyfriend Sam Tucknott, who ended their relationship following Dooley's time on the show. Dooley is now coupled up and living with her former dancing partner Kevin Clifton. In April 2019, Tucknott spoke about the break up to The Sun, placing blame on not only the show (which he referred to as “sleazy”) but also on Clifton. In response, Dooley took to her Twitter account, writing “anyone with any adult life experience knows there are two sides to every story.”

Another break up that stands out is that of Katya and Neil Jones. When the formerly loved-up pair split, many were quick to blame the show, as Katya had previously been spotted kissing her then Strictly partner Seann Walsh. Walsh’s then girlfriend Rebecca Humphries broke up with him following the media storm, mentioning her suspicions that something was going on between the pair during production.

Other break ups attributed to Strictly throughout its history include Louise Redknapp and her husband Jamie, and Daisy Lowe and her boyfriend Bradley Wade, among others.

However, there have also been successful love stories as a result of the show, too. The adorable Joe Sugg and Diana Buswell met on Strictly, for example, as did Gemma Atkinson and Gorka Marquez. According to the Mirror, Atkinson actually joked when she signed up to the show in 2017 that she'd welcome the infamous curse if it meant bagging herself a man. Guess what? It did! And in July 2019, the couple’s first child was born.

This article was originally published on Sep. 22, 2018